The Armchair Expert podcast gets surprisingly sweet as Bradley Cooper and Dax Shepard open up about their years-long friendship. 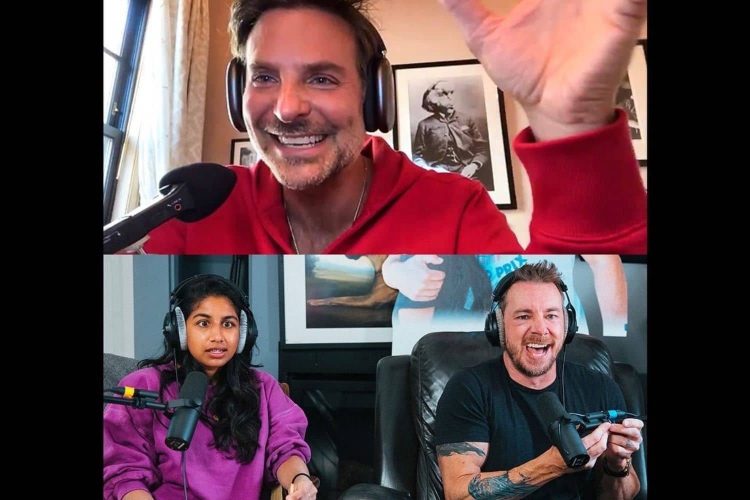 Bradley Cooper and Dax Shepard have been good friends for more than a decade and finally, the two can share some of their stories. Bradley joined Dax and his co-host, Monica Padman, on their podcast, Armchair Expert – but the two friends could hardly contain their laughter.

Bradley featured on the podcast as part of exposure for his latest film, Nightmare Alley. And during the two-hour-long episode, Bradley and Dax took a few trips down memory lane.

And one of the stories included how they met back in 2006 and was introduced by fellow actor and comedian, Will Arnett. The duo quickly bonded over similarities such as sobriety and the fact that both their birthdays are only three days apart.

During the podcast, it was clear that the two were good friends as they literally finished each other’s sentences and just couldn’t stop cracking up.

And during one particularly funny moment, Bradley tried jogging Dax’s memory about a time he invited Dax to Paris. Apparently, Bradley had an appearance on a French late-night show and wanted Dax to accompany him.

“So vaguely. But yes, I do remember you bringing me along,” Dax said.

“I remember I didn’t know what it was and I was like, ‘Come with me to this thing. Just come with me on stage,’” Bradley said. “And then we walk into the middle of this stage and there are hundreds of people. Everybody was in tuxedos but us, dude. It was crazy. It was like these two Americans on a tour. That was so funny.”

The two are truly the best of friends

Bradley and Dax dove straight into what their friendship meant to each other and it’s clear that their connection as best friends run deep and real.

“We fell deeply in love with each other, period,” Bradley said. “Being in this business and finding somebody that you have such a connection with. Hollywood is the farthest place ever from how we grew up. And so, to meet a like-minded person in this forest of unknown land, you just want to grab on and hold on. You were certainly my lifeline for years.”

Dax fully agreed in response and also revealed that he could always be his most authentic self around Bradley.

“There’s this dance you’re playing when you’re newly in the business … I was acting like I belonged in all of these places,” Dax said. “But then when I met you I could … geek out and be a fan … It was like we were childhood friends … We could together go, ‘Look at all of this crazy s–t.’ We were allowed to expose our naiveté to one another.”

And for Bradley, their friendship has felt like a safe space.

“Just a feeling, a comfort,” he said. “When I was with you, everything felt okay in Hollywood. To go out with you, and I was like, ‘Everything is going to be fine.’”

Listen to the full Armchair Expert episode below: