Checking in with the guys from One Direction – who’s net worth is the highest?

From being the world's biggest boyband to successful solo artists, the net worth of the One Direction guys will reveal it all. 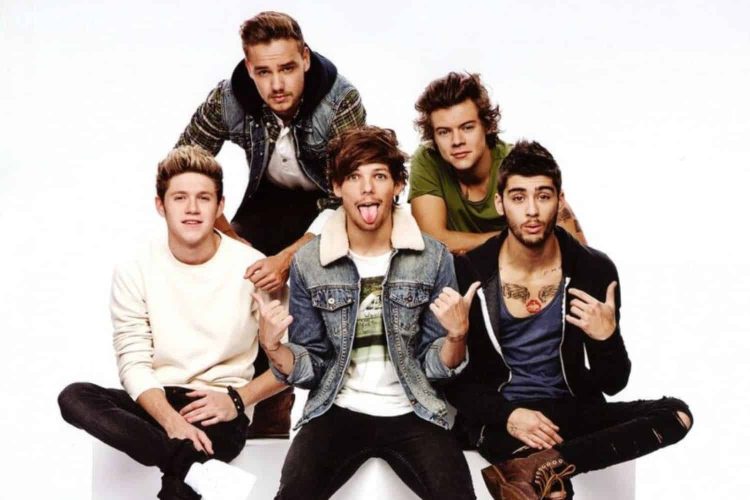 Checking in with the guys from One Direction - who's net worth is the highest? Image: centennialbeauty.com

It’s already been 10 years since One Direction (1D) first got together on The X Factor and have since become one of the biggest boy bands in the world.

But, as all good things do, One Direction officially went on hiatus in 2016 after Zayn Malik left the band in 2015. This left Harry Styles, Louis Tomlinson, Liam Payne, and Niall Horan as a four-piece for another year.

And eventually, all band members started focusing more on their solo careers – and some got it right better than others.

Let’s take a look at how the boys are doing since going solo, now that their net worths have been revealed:

Louis Tomlinson’s net worth is currently at $70 million.

After 1D, the singer has only released one solo album, Walls. The album featured singles “Walls,” “Two of Us,” “Kill My Mind,” “We Made It” and “Don’t Let It Break Your Heart.”

Louis has also teamed up with Steve Aoki and Bebe Rexha for songs “Just Hold On” and “Back To You”.

The man from Ireland, Niall Horan, is also at a net worth of $70 million.

After One Direction, Niall got signed with Capitol Records and has released two albums – Flicker and Heartbreak Weather. And both albums debuted in the top four of the Billboard 200 albums chart.

Singles from his first album include “This Town” and the popular “Slow Hands”.

And interestingly, Niall is also a co-founder of a golf management company, Modest Golf. The singer also has an investment in Gym+Coffee, an athleisure company.

Liam Payne joins his ex-bandmates with a net worth of $70 million.

So far, Liam has released one solo album, LP1, and contributed writing credits for others. Some of his most popular songs include “For You” with Rita Ora for the Fifty Shades Freed soundtrack, “Familiar” with J Balvin and “Polaroid” with Jonas Blue and Lennon Stella.

And of course, Liam has been keeping busy with his son, Bear, that he shares with the beautiful Cheryl Cole.

Zayn Malik, the first One Direction member to leave the band and go solo, has generated a net worth of $75 million.

His debut solo single was “Pillowtalk”, released in 2016. The song was a hit and debuted at No 1 on the Billboard Hot 100. He then followed with his first album, Mind of Mine. And in 2018, Icarus Falls was released and then in 2021, he released his third album, Nobody Is Listening.

The singer has also featured on the Fifty Shades Darker soundtrack, teaming up with Taylor Swift for “I Don’t Wanna Live Forever”.

Let’s face it – Harry Styles is truly the “Golden” boy from One Direction and has a net worth of $80 million.

So far, Harry has one of the most successful careers in the band. He started his own record label, Erskine Records, and also signed a recording contract with Columbia Records.

The singer has won several awards for his solo music, including a Grammy for “Watermelon Sugar“. The hit song is from Fine Line, his second album.

Harry has also dabbled in the acting industry with films such as Dunkirk, Don’t Worry Darling and My Policeman.