Foo Fighters to star in their own horror movie – “Studio 666”

Catch a possessed Dave Grohl as he pressures the other Foo Fighters members to finish their 10th album in the haunted "Studio 666" house. 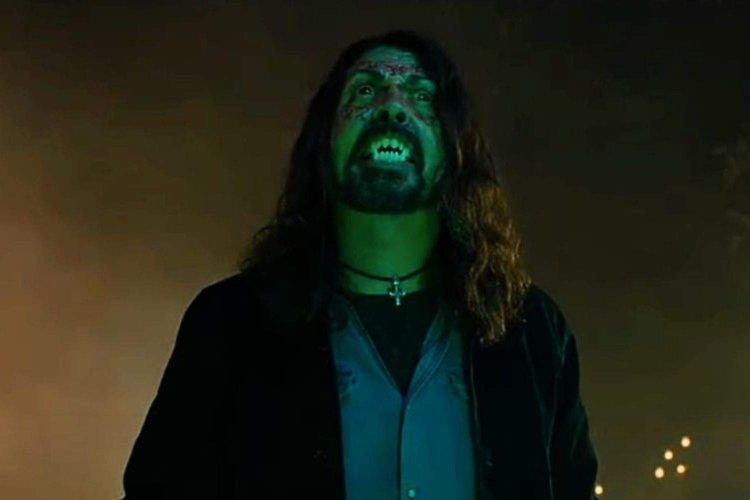 Foo Fighters to star in their own horror movie - "Studio 666". Image: screenrant.com

The Foo Fighters have given their all to their music for the last few decades, and it seems now it’s time for the band to step into the acting industry. The first trailer for Studio 666 has been released and fans are eager for its release in February.

In the film, the entire band, Dave Grohl, Taylor Hawkins, Nate Mendel, Pat Smear, Chris Shiflett and Rami Jaffee, play themselves as they are eager to find the perfect place to record their 10th album.

And when they finally come across a special-in-all-the-wrong-ways home, they move in and Grohl starts to experience some concerning, yet hilarious, moments through his demonic possession.

Anything for the music, right?

The film was created by Dave Grohl

The premise of the film is based on a story by Grohl while Jeff Buhler and Rebecca Hughes wrote the screenplay.

And in a recent interview, Grohl revealed that the film was in the making for the last two years and that it was filmed in the same house where the latest Foo Fighters album was recorded.

“Filmed at the same house where we recorded our latest album ‘Medicine at Midnight’ (told you that place was haunted!), we wanted to recapture the classic magic that all of our favourite rock and roll movies had, but with a twist: hilarious gore that f***ing ROCKS.

And now, with the help of Tom Ortenberg and the team at Open Road Films, we can finally let this cat out of the bag after keeping it our best-kept secret for two years. Be ready to laugh, scream, and headbang in your popcorn. STUDIO 666 will f**k you up.”

Studio 666 will be released on February 25th. Watch the trailer below: