And while Kourtney and Travis are the ultimate lovebirds, Scott Disick is still having a hard time accepting the engagement. 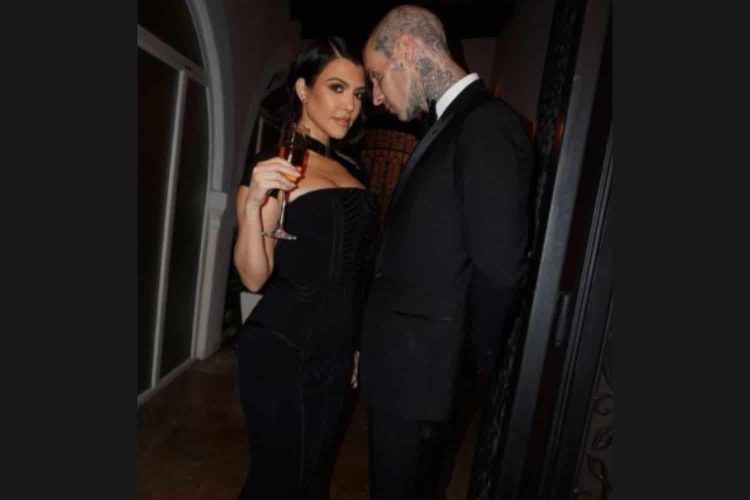 Kourtney Kardashian and Travis Barker are still going strong after their engagement in October. And according to friends close to the couple, Kourtney fell in love with the Blink-182 star after years of friendship because he is such a great dad.

It all started with a friendship

The Keeping Up With The Kardashians star started dating Barker in 2021 after years of friendship. So Kourtney already knew that he was a great dad to daughter Alabama (16), son Landon (18), and stepdaughter Atiana (22).

“She fell for Travis because he’s such a there-for-his-kids father. He has a huge heart.”

And now it seems that Kourtney fell “head over heels in love” because of how he is around her own kids – Mason (12), Penelope (9) and Reign (7).

“He’s so sweet and loving towards her and her children,” the source said.

“Their families also blended easily and nicely, and they all get along so well.”

Scott Disick still not happy with Kourtney and Travis’s relationship

It seems that Scott Disick, Kourtney’s ex, is still having a hard coming to terms with the happy couple’s engagement.

According to an insider, “He’s been doing the best he can but it’s been a very difficult time for him. He’s looking for support right now.”

It has further been reported that Scott has been spending more time with Kim Kardashian since she “understands”.

“She’s been a good ear for [Scott] and she understands.”

The whole world was watching as the reality stars had their on and off again relationship for nearly a decade but finally broke up for good in 2015. But perhaps it seems that Scott wasn’t expecting Kourtney to officially move on by getting engaged.