Megan Fox and Machine Gun Kelly are engaged and … drinking each other’s blood?

It's official, the twisted two are engaged! Megan Fox and Machine Gun Kelly took to social media to reveal their sweet engagement. 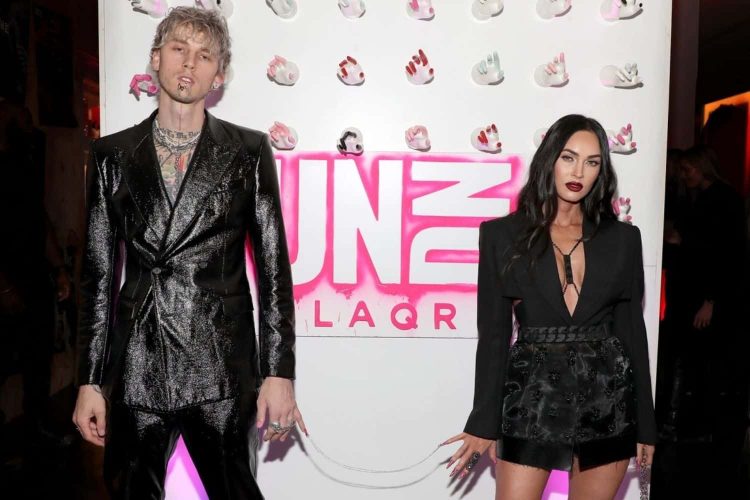 Megan Fox and Machine Gun Kelly have been dating for a year and a half. And if it wasn’t already clear to everyone, these two are obsessed with each other, and have just made it official! They are engaged!

Megan took to Instagram on Wednesday, sharing the exciting news with her followers.

In a clip, the rapper is seen getting down on one knee as the two are underneath a banyan tree. And Megan, in a happy state of shock, kneels down beside him as she says “yes”.

“In July of 2020 we sat under this banyan tree,” Megan wrote, adding: “We asked for magic. We were oblivious to the pain we would face together in such a short, frenetic period of time. Unaware of the work and sacrifices the relationship would require from us but intoxicated off of the love. And the karma.

The actress then ended her post with what we’re hoping is the couple’s signature dark humour: “…and then we drank each other’s blood.”

On his own Instagram page, MGK showed off Megan’s ring after she said yes. And in the caption, he revealed the thought behind the unique design.

“Set on two magnetic bands of thorns that draw together as two halves of the same soul forming the obscure heart that is our love.”