Miffy Englefield, who played Jude Law’s daughter in “The Holiday” speaks out about the experience

The 22-year-old is now a musician and speaks fondly about the memories she has with cast members on the set of "The Holiday". 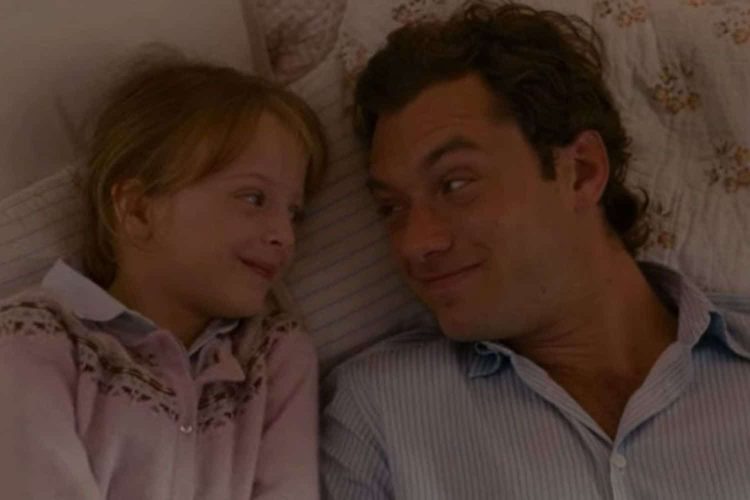 Miffy Englefield, who played Jude Law's daughter in "The Holiday" speaks out about the experience. Image: thetab.com / Netflix

The Holiday is one of the most beloved Christmas movies with the incredible cast of Kate Winslet, Jude Law, Jack Black and Cameron Diaz. And when Miffy Englefield was only six years old she had the privilege of acting alongside the star-studded cast.

Miffy, who is now a 22-year-old mother and musician, played Sophie – Jude Law’s character’s oldest daughter. And in a recent interview, Miffy confesses that she hasn’t seen the film for a couple of ears and has to get “very drunk” to watch it now.

“No one likes to watch themselves as a kid, it’s like going through an old photo album your mum whips out when your boyfriend comes over.”

Miffy’s experience working with the cast of The Holiday

According to Miffy, the first scene that was filmed was actually the last scene in the movie where they all dance around Jude Law’s living room. So Miffy’s first experience on set was meeting everyone at once.

“They were just incredibly lovely”, Miffy says. “Now I think about it – six-year-olds are annoying, that’s a given. But they made so much time for us and they were so helpful and so patient.”

Apart from Jack Black, Miffy wasn’t really aware of who any of the other actors were. But because of School of Rock and her dad being a Tenacious D fan, she immediately rushed over to Black.

“I remember rushing over to him like ‘oh my god you’re Jack Black’, and he was so lovely. He sat down and chatted with me about god knows what, anything to keep a six-year-old entertained.”

And once everyone was settled in on set, Jude Law would check in on the children too.

“Jude [Law] was so sweet as well, he’d pop his head around the door when we were doing schooling and check in on us, he was just brilliant. I couldn’t have asked for a better cast to work with as a child.”

Miffy uses the words “incredible” and “ethereal” to sum up the presence of Kate Winslet and Cameron Diaz.

“Kate Winslet is just the most powerful, gorgeous human ever. She’s so well-spoken, just the way she talks, it’s almost like a storybook character. She’s amazing. She’s so great.” Miffy remembers Kate Winslet carrying her younger brother around at the premier, kissing him. “It was like a massive thing. She was so sweet.”

And when speaking about Diaz, Miffy remembers a line from the film where her “sister” tells Diaz’s character “you look just like my Barbie”. And according to Miffy, “that’s honestly that’s what she’s like”.

“Even at five in the morning when she was getting her makeup done and stuff. She was just beautiful, so lovely and sweet.”

According to Miffy, she doesn’t really get recognised now. This is mainly because of her different appearance in real life than in the movie.

But still, every now and then, someone will “wind her up” and do Mr Napkin Head.

“Usually if I’m in a pub and it comes up, one of my friends has been like, ‘oh she’s in The Holiday’ just to wind me up. Someone will find a napkin and be Mr Napkin Head, very loudly and very obviously.”