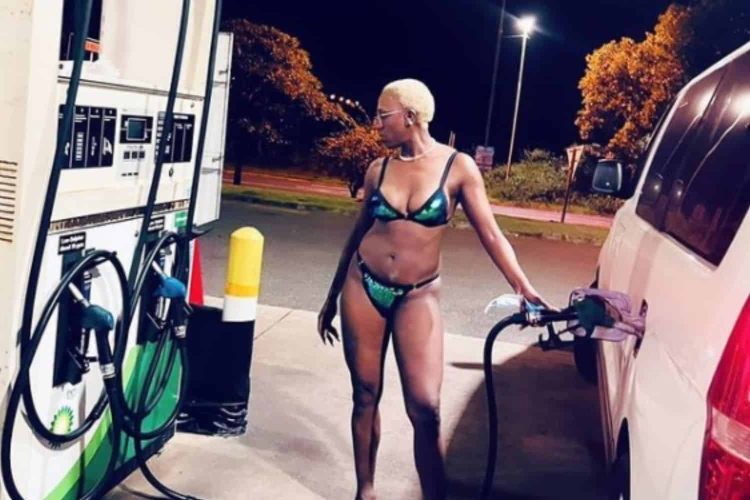 Shoki Mmola, who plays Celia Kunutu on Skeem Saam, shocked fans with her latest outing to the petrol station as she was wearing only a bikini.

Shoki Mmola receives some backlash for the pictures

Viewers of the South African soapie are used to seeing Mmola as the put-together receptionist at Turfloop Hospital and businesswoman, Celia Kunutu.

And so, after posting the images on her Instagram account, the Skeem Saam actress received some backlash as fans don’t fully agree with the images.

Fans even started speculating whether the actress is going through a mid-life crisis after her divorce from actor Sello Sebotsana.

The actress doesn’t have time for haters

When taking a look at Shoki’s other social media posts, it’s clear that the 44-year-old likes flaunting her body as she documents her regular workouts and healthy lifestyle.

Fans of Shoki Mmola also need to be aware that the actress is the exact opposite of her Skeem Saam character.

And keeping that in mind, she had the perfect response to the haters’ comments – posting more bikini pics.