Even though this film covers a sensitive topic - school shootings - it shares the path to hope once the grief has passed. 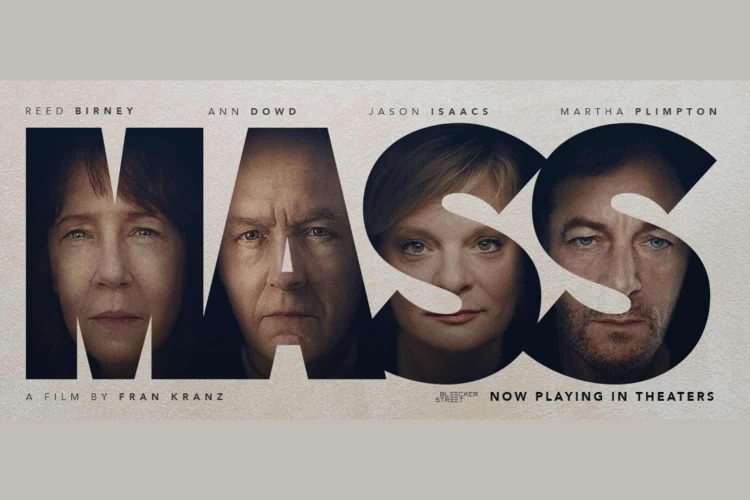 The Director and actors of "Mass" open up about the message of the film. Image: Twitter @Massthemovie

Fran Kranz wrote and directed the movie and wants to ensure audiences that the school-shooting drama is a hopeful one.

What is Mass about?

Mass can be explained as an “intimate four-character piece” that mostly takes place in one room. The film deals with the aftermath of a school shooting as two couples – the parents of the shooter and the parents of a victim – hope to move on from the depression, grief and anger that they have been feeling. The goal is to move towards a state of acceptance and insight.

“It’s about finding a path forward,” Kranz said. “It’s about trying to move through something. I wanted to tell a story about forgiveness and reconciliation because I want to feel more of it.”

The actors of the film

Isaacs understands that the topic of Mass might be too intense for some, however, he hopes that the audience trusts the filmmakers in the process.

Martha Plimpton, who is said to portray her role incredibly, shared that she avoided researching parents of mass-shooting victims to prepare for her role. Instead, she felt that Kranz’s script was enough for her character.

“He had been so painstaking in working on it that I just felt Gail’s story was enough,” Plimpton said of her character. “I know others might have done it differently, but that was what it was for me.”

Watch the trailer for Mass below: