Ama Qamata admits to the struggles of anxiety and expectations she feels during the shooting of the second season of Blood and Water. 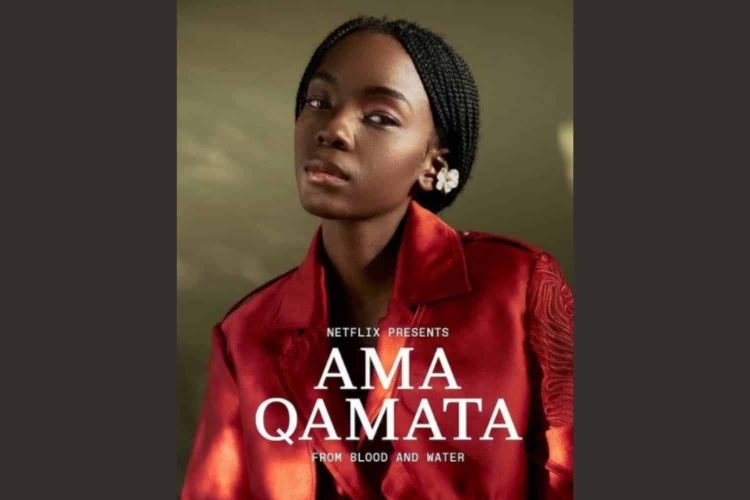 Netflix’s acclaimed series Blood and Water is back on screen with the much anticipated second season. The acclaimed show’s storyline continues being centred on Puleng Khumalo, played by Ama Qamata.

Qamata plays a sixteen-year-old high schooler who sets out to uncover the mysterious disappearance of her sister.

After being the show’s breakout star of the first season, the 23-year-old actress has enjoyed the love and recognition. But away from the buzz and glamour of it all, Qamata admits that she has had her fair share of anxiety-based struggles. The actress says that the pressure of living up to the expectations of playing the lead in the series can get too much sometimes.

A great deal of the story is up to Qumata’s character. And the actress confirmed that she often felt overwhelmed on the set of season two.

“I seriously had my very first panic attack while filming the second season of the show,” Qumata admitted while looking back at her experience working during a pandemic and managing fan expectations.

Despite the challenges, however, Qamata insists she wouldn’t have it any other way.

“I will have to say returning back to filming season two has been an incredible journey, one I think each of us is very grateful for. I’m really excited for everyone to see the story, how it happens, and how the truth unveils. The writers of this new season went more in-depth with our characters. The stakes are, of course, definitely higher and we [cast] put ourselves in a lot of dangerous situations to uncover the truth. I think our characters took a step further this season to discover the truth.”