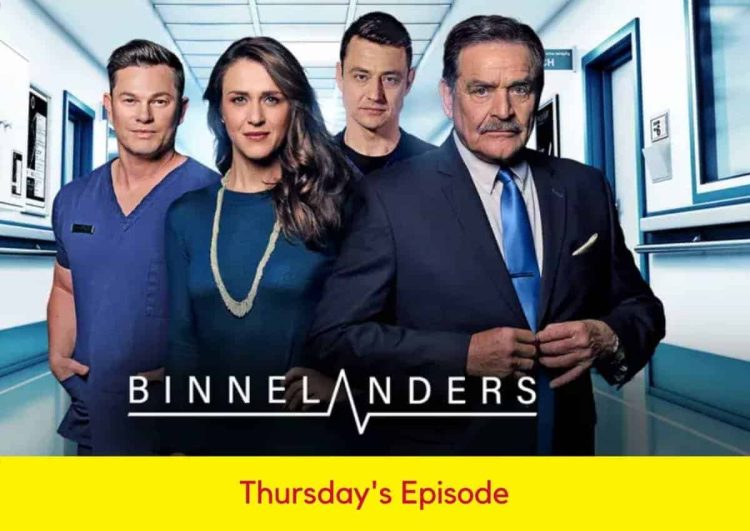 Nellie doesn’t want George to do the tests, while Kobus is livid about a call. Steve pleads with Elana to give up control, and Gaby suggests that Tertius looks at Karen’s finances. Rodney makes his appearance again, and Louis makes a decision that could have huge consequences.

Kobus is in two minds about a call. Nellie upsets Helena, while undeclared love hangs heavy in the air. The note that Chanel picked up causes lots of confusion, and Gaby convinces Karen to go out with Alexis. Steve’s test results are made known.