What is happening in Binnelanders this September: See the Soapie Teasers here 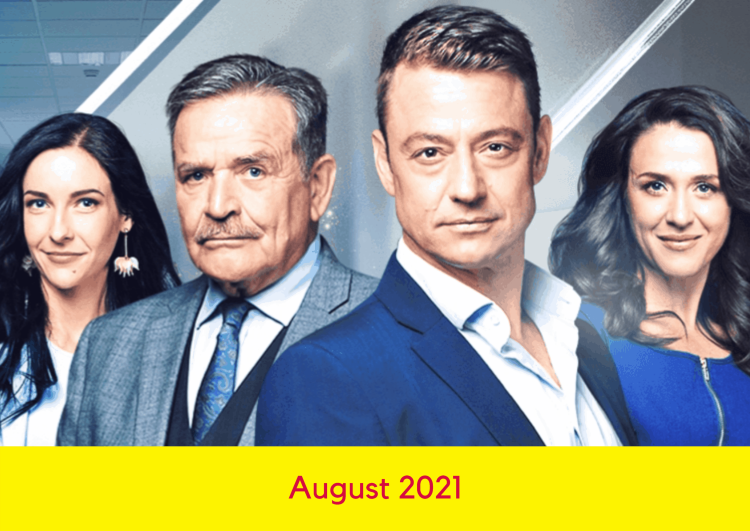 Coming up on Binnelanders this September 2021:

What’s happening this week on Binnelanders this September?

Both Conrad and Delia don’t trust At’s demeanor and an innocent question from Tracy leads to a confrontation between Lexi and Steve. Delia extends an intimate invitation to Tertius, while Louis has it in for the Ferreira’s neigbours – with good reason! At works sparingly with information, and Chanel questions her safety.

Rex is not done with Louis yet, and Rodney has plans with Karen. A telephone call reveals more than it should, and Gaby has an idea on how to meet new people. Lexi is not impressed with a guest – while Ruan’s honesty catches Steve off guard.

Karen bemoans her fate towards Uys, while Vicky takes Lexi into her trust. Rodney’s new roommate is not popular with the nurses, and Janneke gives Steve advice regarding Ruan. A vile video makes the rounds – and also draws diverse reactions.

Tracy doesn’t want Lexi to jump to conclusions, while Tonik becomes the focus of cancel culture. While Chrisna and Louis have the same idea, one of them is quicker on the draw. It seems like Karen and Uys are in the same boat, but Uys thinks he knows how to resolve it. Tension takes its toll on Louis.

Wayne and Chrisna are panicky regarding the previous night’s events, while Liam doesn’t have time for a particular doctor. The girls are fishing for more information about the new man in Karen’s life, and Lexi is not afraid to upset the apple cart. Wimpie’s good deed turns into a nightmare.

Steve has no choice but to call a family meeting after taking Lexi to task regarding her behaviour. Naomi’s past is on everyone’s lips again, and Liam asks Karen about Annelize. Ilse needs to educate Wimpie on what is happening, while Chanel’s idea places Naomi in a difficult situation.

Brandon’s first day isn’t free of the accompanying drama. Chrisna gives Naomi a warning, while new information makes Gaby even more sure of her conclusion. Liam doesn’t want to hear about a suggested operation, and Vicky finds her own way of honouring Elana.

Tracy is not convinced of Uys’s story, while Chanel shares shocking news with Danny. Karen confronts Liam about his decision and Naomi makes Louis think twice about what they are busy with. Annelize needs to have a difficult conversation with Liam, while the police’s investigation takes a turn.

An intimate moment could become headline news in Binneland Stereo. Danny tries to get Chanel to not go through with her stubborn plan, and Annelize makes a confession to Rian regarding Liam. Gaby’s reaction about Karen and Uys makes Naomi wonder, while Conrad has no time for a rebel.

The focus of Ruan’s school project stuns Steve, while Liam starts opening up towards Karen. Chanel’s cold shoulder gets Annelize’s attention, and Louis informs Conrad of the newest developments. Danny warns Chanel against jumping to conclusions, while Odendaal insists on questioning at the police station.

Gaby tells Karen to not pay too much attention to Liam, and Chanel shares her suspicions with Danny. Tertius hears an interesting theory regarding Delia, while Tracy gives Uys something to think about. Chrisna’s day ends at a cross roads, and Gaby begins to think something is off about a relationship.

Chanel and Delia’s conversation becomes heated, while fact and fiction are untangled by an arrest. Liam asks Karen a favour, and Gaby gets the answer she is looking for. Tertius begins to ask Delia about her ‘relationship’, while there is no easy way of stopping fake news.

Annelize and Naomi share a moment after an ER patient is helped, and Danny tries to be the mediator between Brandon and Chanel. Liam shares his news with Karen, while Brandon wonders about Tertius’s interest in Delia. Karen makes a decision about Uys.

It is Conrad’s task to inform Brandon about the newest developments, while Karen tries to vanquish Liam’s fears. Annelize’s quiet drink at DOEPA turns into a surprising conversation, and Gaby’s insecurities join her on her date. Danny’s search leads him to an accusation.