What is happening in Isono this October: See the Soapie Teasers here 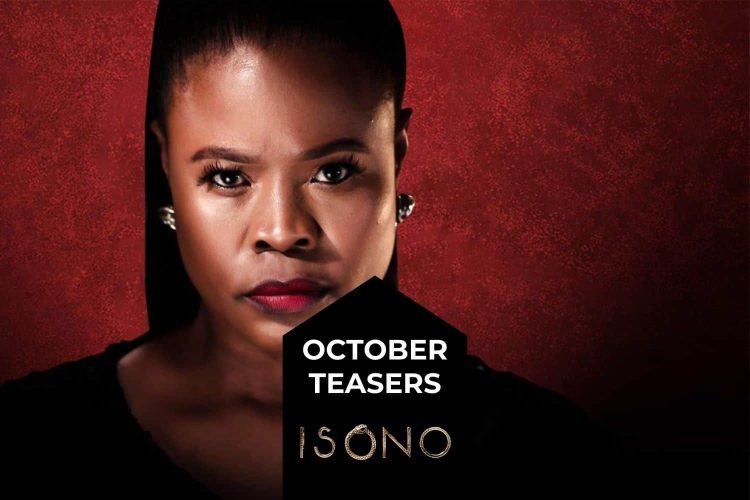 Coming up on Isono this October 2021.

Makwande’s plan to expose Mary backfires when she is backed up. Mamba’s plan to take down Moses’ taxis seems promising. Lefika goes on a charm offensive with Phindile.

To Everything there is a Reason

Mary follows Esther’s rationale and she backtracks from her plans. Zoleka crushes Makwande’s wish to get back in the game.

This week on Isono this October:

I Can be trusted

Moses wants Umpas to get valued information from Abednego but Umpas finds himself as a potential double agent. Esther gives Millicent an excellent idea for her campaign and Mary plays the victim to Tuswa.

This week on Isono this October:

Esther demands a public apology from an unrelenting Makwande. Millicent pushes Simon over the edge. Makwande has a mysterious fan.

Mary and Gabriel go head to head whilst Esther chooses a side. Sarah’s secret is discovered and Umpas makes a new enemy.

Sarah unwittingly hands Abednego the Holy Grail into how they can destroy Mary. Simon’s plans backfire on him. Makwande is on a downward spiral.

Mary is well prepared for her political campaign. AB, Gabriel and Sarah team up with Moses to take down Mary. Makwande makes Fenya his assistant coach but Fenya seems to be hiding something. Umpas gets a job at Casanova.

Follow the daily catch up for Isono this October right here!