What is happening in Muvhango this July: See the Soapie Teasers here 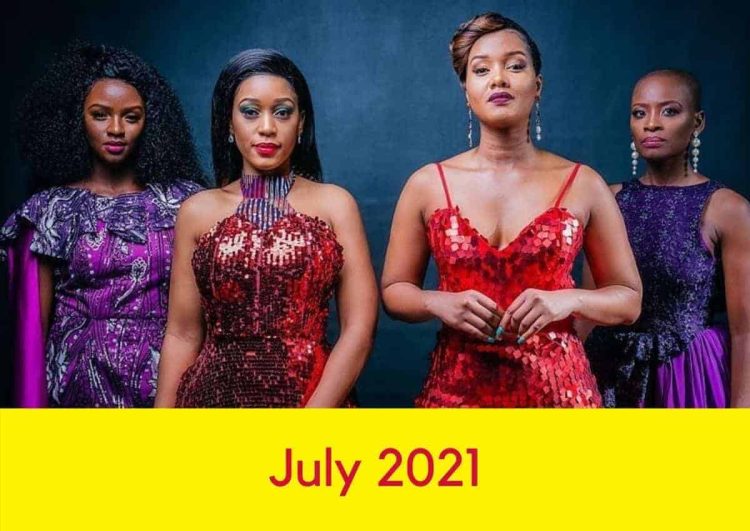 Coming up on Muvhango this July 2021.

Tenda has an impossible choice to make. Teboho finds out what Mulalo really thinks of her. Bubbles and Kgosi are motivated when they see what Shaz and Vhutshilo have been up to.

Mpho has an emergency C-section but the doctors can only save one life. Mulalo has come to a big decision regarding Teboho and the future of his marriage to Shumi. A masked woman steals into the Johannesburg hospital up to no good. Kgosi starts his training and he gets a rude awakening, literally.

Tenda and Mpho walk past a woman with their baby unaware that it’s their baby. Mulalo is guilt-ridden when Shumi asks him about Mpfareni. Kgosi and Bubbles try to intimidate Vhutshilo and Shaz.

James has an unpleasant surprise for Imani. Mulalo and Teboho’s house of cards comes under fire once again. Shaz and Vhutshilo fight fire with fire.

Mulimisi has a shocking revelation for Mpho. Teboho and Mulalo come to a truce in their marriage. Vhutshilo and Kgosi talk trash about each other online.

Tenda is angry with Mulimisi for giving Mpho false hope. Vhangani is starting to investigate Mpfareni’s murder and is making Teboho uneasy. Imani feels threatened that Marang is having James’s baby. Azwindini is secretly impressed by what Vhutshilo is up to and tries to give him some tips.

Vhutshilo and Kgosi are offended when they discover Hangwani’s plan to make a fast buck out of their foolishness. Vhangani’s sleuthing has Mulalo and Teboho on edge about their guilty secret. Desperate Mpho is prepared to go to extremes to find confirmation that her baby is alive.

Vhutshilo decides he no longer wants to fight Kgosi. Mulimisi has a vision about who killed Mpfareni. Kgosi helps Mpho hack the hospital security footage.

Tenda and Mpho make a breakthrough. Vhangani edges closer to the truth. The fight is off.

The dead child’s body is exhumed. Mpho is emotional that the don’t know who this child is and worries that they’ll find their own child. Teboho and Mulalo hire robbers to rob Mulimisi’s place, in order to throw Vhangani off their scent. Azwindini’s upset that he’s suspect in Mpho and Tenda’s baby kidnapping.

Marang catches a whiff of something happening with the Mostamais and investigates. Vhutshilo, Shaz and Kgosi have practically won the lotto and are ready to quit their jobs. The suspect in custody has a story for Vhangani on what really happened to his wife.

Vhutshilo finds a new use for his lucky fish. Mpho suspects Tenda is behind their son’s kidnapping. Marang tries to gain access to James’ frozen sperm.

Mpho hopes that once she gets her maine tools back she will be able to ask the ancestors to help her track down her baby. Vhangani asks for Azwindini’s help in getting the answers he needs. Thabang asks Marang out for dinner, not realising what she’s really after.

Mpho hits a brick wall but refuses to give up. Vhangani starts piecing together pieces of info. Vhutshilo has his day on TV.

Marang asks Thabang to steal James sperm. He refuses at first but when the bank threatens to repossess his house he has no choice but to accept Marang’s offer. Imani’s suspicious of Marang’s pregnancy. Vhangani decides to take matters into his own hands and buys a gun. He plans on confronting Mpfareni’s killers.

The royal family find themselves staring down the barrel of a gun. Their baby’s kidnapping has Mpho and Tenda’s relationship going down a rocky road. But then a close family member shows up unexpectedly.  Vhutshilo is concerned when his goldfish appears to have lost its ability to predict the future.

Marang finally gets her way. KK is in trouble. Hangwani can’t bring herself to come clean.

Susan is upset that Azwindini’s comforting Mpho. This brings out her insecurities. A suspect is arrested for Mpfareni’s murder. Hangwani confesses about having killed the goldfish, and she and Vhutshilo reconcile.

Detective Lebone has some distressing news for Tenda. Susan confronts Mpho about her behaviour with Azwindini. Vhangani is in despair after Makhadzi tells him to leave the royal compound. Dee tells Shaz about a new dating site.

Tendamudzimu and Mpho receive news about their baby. Shaz meets her online date and is in for a shock. Marang’s fake pregnancy is revealed in front of Imani.