What is happening in Muvhango this June: See the Soapie Teasers here 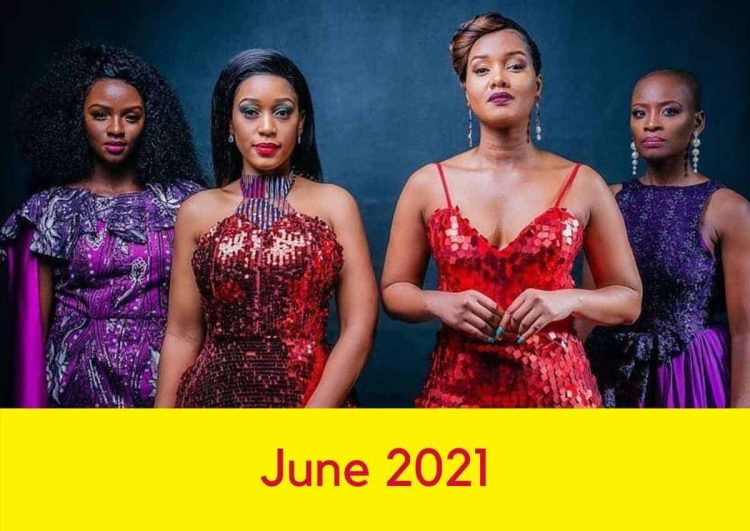 Coming up on Muvhango this June 2021.

Tenda visits Moipone with disastrous consequences. Muvhango stumbles upon the truth and is devastated. Hangwani’s walls of Jericho comes tumbling down.

Azwindini tries to warn Mulalo about the rising discontent in the village. Kgosi sets a trap for the chicken thief. Tenda comes to see Moipone in hospital.

Tendamudzimu gets a second chance to get rid of Moipone. Mulalo is oblivious to the storm raging outside the royal house until he gets a small taste of it. Shaz, Kgosi and Vhutshilo discover the thief who is raiding the fridge.

Mukondeleli gets invited to give dating advice on Phalaphala FM. Mulalo gets attacked by an angry mob. Mpho agrees to help James and Imani find the killer.

This week on Muvhango:

Mulalo is sitting on his hands as the civil unrest in Thathe escalates into violence. Tenda demands that Mpho give up her practice as Maine for fear of being fingered by the ancestors. Vho-Masindi becomes a radio celeb to her own surprise and Vho-Mukondeleli’s irritation.

Rendani is exposed. Mulalo is celebrated after saving the day. Masindi exposes Gizara.

Rendani refuses to give up the money. Didi accuses her of killing Hulisani to get life policy money. Mulalo blackmails the Premier. Gugu is worried about Imani’s state of mind.

Rendani buys a new car with her inheritance. Mulalo leaves his haters with egg on their faces. Vho-Masindi gets a new job.

Tenda pulls the rug from underneath Rendani. Mulalo is overcome with greed. Vho-Mukondeleli and Vho-Masindi almost rip each other’s heads off.

Vho-Masindi is ungovernable on air. Rendani wants to take a lie detector test to prove her innocence. Teboho convinces a reluctant Mulalo to take the next step to their plan.

Mulalo is being haunted by something and is undergoing a dark transition. The royal council pays Azwindini a visit to discuss what role he has to play now. Marang reveals her non-pregnancy to Moipone.

Marang’s secret is accidentally revealed to Moipone. But will she be able to warn James? Mulalo’s unfamiliar secretiveness has Teboho smelling a rat. Gugu discovers what ails her baby goes much deeper than an upset tummy.

James finds out that Marang hasn’t been going for her prenatal checkups. He drags her to the doctor for a checkup. She starts freaking out, fearing that he’s going to now that she’s been faking her pregnancy.

Mulalo starts his affair with Shumi and meets her at a hotel. Tenda and Mpho fight about her calling. He’s upset when she refuses to give up her calling.

Kgosi’s fears are confirmed when he sees Shaz procuring a panga. Mulalo and Shumi make plans to be together. The hotel management wants to kick Tenda and Mpho out.

This week on Muvhango:

Gugu has a proposal for James. Shumi refuses to settle for breadcrumbs. Shaz and Vhutshilo up the ante.

Kgosi is convinced that Shaz and Vhutshilo are plotting to kill Hangwani. Mulalo falls asleep at the hotel room and Teboho gets suspicious. Tenda asks Mpho to give up her calling.

Marang has an outrageous plan for Tendamudzimu. Teboho looks for clues to Mulalo’s distant behaviour. Kgosi now has concrete proof that a murder is about to be committed.

Azwindini resorts unusual measures to stop the merger between MMC and Qalabosha. Teboho goes into spy-mode when she suspects Mulalo of having an affair. Kgosi’s lack of trust in his nearest and dearest leaves him with an egg on his face.

Mulalo worries when Teboho hints that she knows the truth. Mpho tells Tenda that she’s giving up her calling for good. Kgosi scores a date with Bubbles in retaliation against Vhutshilo’s slight.

Vhutshilo and Kgosi set a date for a boxing match. Mulalo confesses his affair with Shumi to Teboho. Mpho’s body temperature drops drastically.

Mpho gets rushed to the hospital. Teboho tortures Mulalo. Hangwani talks Shaz against supporting the fight.

Mpho’s condition worsens. Mulimisi tells Tenda that this is happening because he made Mpho quit her calling. They’re angry that she threw away her Maine tools.

Mulalo is suspicious of Teboho’s behaviour when she wants Shumi to move into the royal house. Teboho’s hurt that Mulalo thinks she wants to kill Shumi. Shaz decides to train Vhutshilo when she finds out that Bubbles is training Kgosi for the boxing match.