The Ideal Portion Size: How Much Should I Dish up?

Sometimes our eyes can be much bigger than our tummies. So its good to have a rough idea of what your ideal portion size should be. 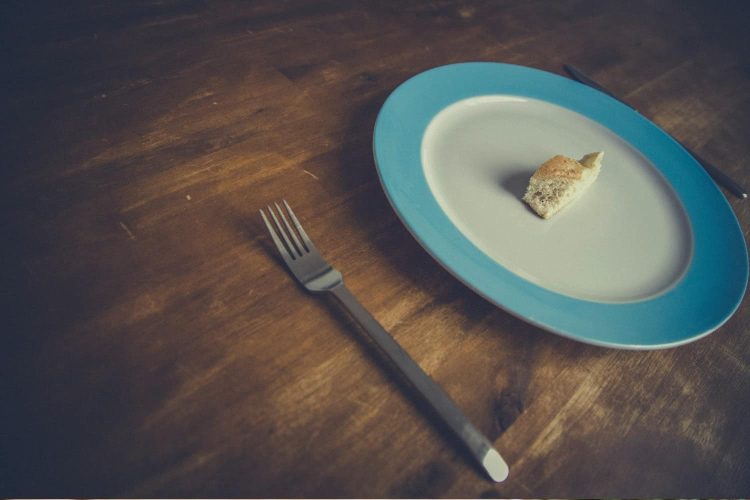 The Ideal Portion Size: How Much Should I Dish up? Photo by Markus Spiske on Pexels

Portion size is often something that comes into question. And many studies have shown that most of the time, people tend to eat almost all of what they serve themselves. In some cases, such as my own, our eyes are way too big for our tummies. And in other cases, some may dish up too little, maybe while trying to lose weight. Which is just as bad as dishing up too much, because it increases the chances of snacking later in the day.

Never mind that there are other influencing factors we often don’t think about, such as the size of the plate or bowl. So whether you are a big eater or not, you can’t always trust your eyes to do the dishing up for you.

Each One of Us is Different

It is important to take this information as rough estimates calculated for the average human. In reality, every one of us is different, and we each need to figure out what works best for our bodies. The most obvious example is that, in general, men need more calories per day than women. To add to that, you have to take into account your level of activeness as well as your own unique metabolism. So these are just ballpark figures that serve as a point of reference for someone who may be struggling to start somewhere.

Another thing that I always like to add, is that I believe any changes to the diet should be done progressively. Let’s try not to shock our systems and rather ease in and out of any changes if we can.

Portions According to Hand Size

My top favourite way to gauge how much I should dish up is with hand size. It’s quick, easy, accessible and not always obvious to others. At any meal, where ever, it is a quick and subtle way to do get a rough idea of a fair-sized portion.

Plus, for most of us, our hand size usually corresponds to our body size. So someone that has a larger frame and may need more can calculate accordingly. We just need to each then take our own personal differences into account. Such as if you have had a very active day, or have a naturally fast metabolism.

In general, men can look at consuming about 50-75% more than women. And on average a woman can consider the following quantities per meal:

This is one of the biggest problems out there. Many people don’t consider the size of their plate or bowl when dishing up. And unfortunately, as much as we may claim otherwise, most people will end up eating more when the dish is larger. To make it worse, studies show that most are unaware they have consumed more.

One study with soup, used over 40 individuals of varying ages and BMIs, found that those with larger bowls consumed 73% more than those with smaller dishes. Plus, they did not notice the extra consumption or even feel that they were more sated. A similar study was done with pasta and found those with larger dishes ate 77% more.

Drink Water Before Dishing Up

In general, most of us will feel a little less hungry after drinking a glass of water. Plus, keeping your body hydrated will help ensure that you distinguish between hunger and thirst. It doesn’t have to be right before a meal, but try to get in a full glass of water up to half an hour before sitting down to eat.

First off, when you eat too quickly it is not only bad for your digestive system (something I insisted on learning the hard way!), but it also means that you are likely to overeat because you are not giving your body the chance to realise that it is getting full. Your brain takes about 20 minutes to register that it is full. So we need to give it that chance. Ideally, we should be taking small bites and chewing each mouthful at least six times before swallowing.

Secondly, we should be mindful as we eat. If you are aware of what you are eating and how you are eating, you are much more likely to be conscious of how much you are consuming. Eating and digesting is a pretty major task for the body. Never mind how important it is. So it is only fair that we allow the body to focus on what it is doing. Try not to be distracted by work or even just TV.

Don’t Eat Straight From the Container

This is a mistake that I am willing to say we have all made at some point or another. Whether it’s from a chip packet, a tub of ice-cream or a baked dish, make sure to put a portion in a separate dish anytime you want some. The moment we eat straight out of the container, we are at the mercy of whatever that container size is. For me, a fridge pudding, such as cheesecake, is the greatest threat. Every time I open the fridge I am in danger of taking just one spoonful. Then, suddenly after what feels like just a few spoonfuls, the entire dish is empty. It doesn’t matter how healthy the dish may be, the body won’t appreciate being continuously bombarded with the same thing.

You don’t always have to measure your meals. However, doing so for a short period will help you develop an awareness of what an appropriate portion size looks like. It is very likely that after not too long you won’t need to measure anything. And if you think about it, portion control is actually an easy and quick fix that can improve many aspects of your life.