Eating fresh nutritious foods can go a long way to improve breast health and our body's overall ability to stay in peak condition. 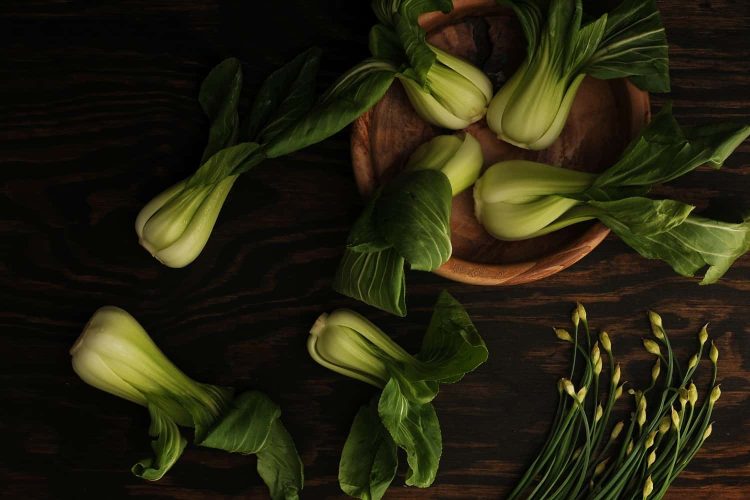 Although there is no diet or lifestyle that can ever guarantee a cancer-free life. There is still a lot that we can do to tip the scales in our favour. And nutrition is one of the most powerful tools that we have to do this. There is no need to go on any special diets. Instead, simply consider making small adjustments to your eating habits in order to incorporate some of the delicious foods that can promote breast health. Doing this can help decrease the risk of getting breast cancer as well as increase the chance of survivorship.

Fruits such as these contain high levels of antioxidants known as polyphenols. Polyphenols, such as carotenoids, aid in killing cancer cells while still leaving healthy cells to do their job. Polyphenols, and especially carotenoids, are responsible for the colours in our food. So while fruit like plums and blueberries are a particularly rich source of these antioxidants, it is a good idea to add any colourful fruit and veg to your diet. For example, carrots offer an abundance of the carotenoid beta-carotene. And tomatoes are a rich source of another carotenoid called lycopene.

Research suggests that two servings of berries per week and two peaches per week are the best for promoting breast health. However, rather than sticking to a strict regime, try to have a different colourful food every day. If you prefer to follow an eating plan you could consider setting up your days of the week by colour. For example, have purple Mondays and spoil yourself with some beetroot or berries. Followed by, orange Tuesdays and indulge in some sweet potatoes and carrots, or have orange as your fruit for the day.

Experts say that Pomegranates contain up to 124 different phytochemicals. Of which many work to fight against cancer cells. Plus, they come with the added bonus of having a super high ellagitannin content. Ellagitannin is another polyphenol which scientists believe inhibits the activity of aromatase as well as cancer cell growth.

Some cruciferous vegetables are some of the greatest foods to eat for optimal breast health. Particularly due to their high sulforaphane content. A natural, sulfur-rich plant compound reported to reduce both the size and number of various types of cancer cells. Sulforaphane also releases antioxidant and detoxification enzymes that protect against carcinogens. To add to this, these veggies also contain another phenol called indole-3-carbinol which may help maintain an optimal balance of estrogens.

Great examples are broccoli, cauliflower, cabbage, brussel sprouts, bok choy, kale, and watercress. However, raw vegetables contain much more sulforaphane than cooked versions. This is because excessive exposure to heat can kill off a lot of this handy compound. So if not eating it raw, then stick to lightly steaming or stir-frying your veg and avoid boiling the veg.

Omega-3 fats found in fish oil can decrease breast cancer cell proliferation and induce cell death. This could be because these amazingly beneficial fats play an important role in maintaining healthy levels of inflammation in the body. And inflammation plays a contributing role in the formation of breast cancer. So increasing your consumption of oily fish, such as wild-caught salmon, tuna, and sardines could reduce your risk of cancer. The recommended dose to aid in the prevention of breast cancer is around 230 grams per week.

Both the antioxidants and oleic acid found in olive oil make it a good food choice for promoting breast health. have been shown to help reduce the growth of destructive cancer cells within the body. Oleic acid, classified as a mono-unsaturated omega-9 fat, is thought to be an anti-inflammatory. And is most commonly used for lowering cholesterol and preventing heart disease. Olive oil is best consumed raw or, if cooked, preferably only at lower temperatures.

Apigenin is a solid, yellow crystalline phenol belonging to the flavone class. It acts as a potent antioxidant and anti-inflammatory and scientists have found that foods high in this phenol, such as parsley and celery, can inhibit cancer cell growth as well as boost the body’s resistance to it. Even just a couple of pinches of parsley or thyme in one of your daily meals will help boost your body for optimal breast health.

Not only does upping your fibre intake decrease the risk of breast cancer, the more you consume, the more you improve your chances. Researchers have estimated that for every 10 grams of fibre the risk is decreased by about four percent.

The theory is that this is because the various components in dietary fibre that cannot be degraded by human digestive enzymes not only absorb and retain moisture but also combine with harmful and carcinogenic substances in the gut. Promoting their discharge and decomposition.

High fibre foods include beans, lentils, peas, artichokes, dates, and raspberries. But remember, the more fibre you consume the more water you need to drink. Your body requires water in order to process fibre in a healthy way.

For more than 30 years, medicinal mushrooms have been approved as an addition to standard cancer treatments in Japan and China. With over 100 types of mushrooms used in cancer treatments across Asia. It is thought that mushrooms contain many immune-boosting compounds such as Polysaccharide K (PSK). These in turn help the body fight against cancer cells. The results of many tests have been remarkable. And mushrooms have become associated with a strong decreased risk of breast cancer. Especially in post-menopausal women.

Lignans are phytoestrogens with estrogenic or anti-estrogenic activity. Therefore having a protective effect on the breast, ovarian and uterine tissues. While also having a positive effect on bone density. This is why these phytoestrogens are also often used in the treatment of osteoporosis. Flax seeds, also known as linseeds, have by far the highest lignan content. However other foods rich in it include sunflower seeds, cashews, kale and broccoli.

There are many factors that influence the risks of getting and surviving breast cancer. Such as excess body weight, higher body fat levels, alcohol consumption, and hormonal imbalances. But many of these can be controlled with diet. So by following a healthy eating lifestyle, and consuming foods that benefit breast health, not only would you be introducing many nutritional aids into your system, but you would also be promoting the control of many other factors that play a role in aiding the formation and growth of malignant cells in the body. You would essentially be hitting many birds with one stone.