Am I Eating Too Fast?

Most of us are in fact eating too fast. And the negative effects on our health are more serious than many realise. 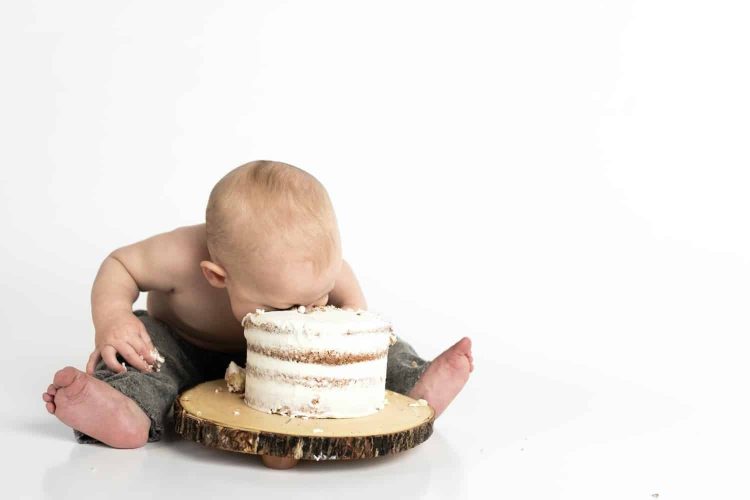 Am I Eating Too Fast? Photo by Henley Design Studio on Unsplash.

This is one of the topics that I personally struggle with. As a youngster, I gobbled down all my food as fast as I could, and it became a habit that followed me into adulthood. I have never been someone that struggles with weight gain and in the past, I did not have any digestive issues. Plus, I actually enjoyed eating as fast as I did. And I enjoyed eating as much as I could. So, despite many people commenting and trying to get me to eat a bit slower, I never listened.

To be honest, no one gave me full reasons for the need to eat slower either. It was always just a case of “it’s bad for you”. It is still no excuse, but what ended up happening was that my certainty in my eating habits stopped me from doing what I should have done. Which is to stop and wonder why so many had the same opinion, and maybe research it myself. A favourite quote of mine by Epictetus sums it up beautifully, “It is impossible for a man to learn what he thinks he already knows.”

I believe that a great part of the problem for many is that eating has become more of a subconscious action. Like breathing. And as a result, many of us don’t stop to consider how we are doing it. So the potential negative effects on our health are not always apparent, even though it all seems obvious when laid out on paper. Anyway, eventually, I did do the research myself, albeit a little late to save my own digestive system from turmoil. And the conclusion was that eating too fast is in truth incredibly unhealthy. And on more levels than one.

How Fast Should I Eat

First of all, we need to define “fast”. And I think many people would be surprised to find that in reality most of us are eating too fast. Never mind those that chow down at super-speed like I used to.

It takes 20 minutes for the brain to get the message that the body has received some food. Considering this, there are two points to note.

Firstly, once you have finished a meal, you should wait at least 20 minutes before going in for seconds. For some of us, myself included, this is much harder said than done. My only way around this has been to get up and distract myself with something (like researching for an article). Often, before I know it, well over 20 minutes have elapsed and I don’t feel hungry anymore.

Secondly, it is ideal that we take at least 20 minutes to consume a single portion of food. All I can recommend to help get this right is to make each bite smaller, as well as chew more times and slower. Most experts say we should aim at chewing each mouthful 20 times. For me, the main problem was the speed that I chewed, so although I chewed enough, my jaw would be moving very fast the entire time. So I had to concentrate on moving my jaw in what felt to me like slow motion.

If you are still hungry after slowly eating your food and waiting at least 20 minutes, then, by all means, dish up some more.

Some of What is Happening in the Body

The human body is an incredible thing. So much so that we sometimes forget all the processes that it is going through on a regular basis. And the consumption and processing of food are some of the more major tasks it needs to perform.

To start, when we eat, once the food has made it into the stomach and the stomach has started becoming full, its walls start to stretch out. This is then detected by nerve receptors which send a signal to the brain to say the stomach is expanding and that you should start slowing down and stop eating.

Next, as the brain is getting the message, it needs to set in motion a decrease in ghrelin production. A hormone that triggers hunger and is produced when the tummy is empty.

And at the same time as all of this, another hormone called cholecystokinin needs to be produced. This hormone is another mechanism that tells the brain you have eaten. The more you eat, the more cholecystokinin is produced.

Signs That You May Be Eating Too Fast

Other than following the general guidelines of how long it should take to consume a portion of food, how many times you chew, and of course, how much food should be in that portion. You can also pay attention to any signs your body may be giving you to say “slow down”.

Indigestion is a very common result of eating too fast. So should you feel a heavy, burning sensation while your body digests, consider slowing down your eating pace. Most of the time indigestion is temporary and will go away once the body has digested all the food. But this is no reason to dismiss it. It is your body’s way of telling you it isn’t happy with something. And ignoring it generally leads to it shouting louder. In other words, not heading its gentle warnings may result in more serious problems later on.

When we consume food too fast, we generally swallow more air with each bite. Resulting in the presence of excess air bubbles in the tummy. Causing bloating, gas, and general discomfort.

As well as this, eating too quickly can cause your digestive system to become irritated and inflamed, leading to further bloating. Then there is the fact that stuffing food into your body too quickly can lead to undigested food sitting around in the stomach for longer than it should. This in turn means that the lining is more exposed to gastric acids, causing further inflammation, or gastritis. Which also eats away at the lining of the stomach and results in shallow breaks and sometimes ulcers.

Simply put, your digestive system may decide to take matters into its own hands. And although you may not actually regurgitate any quickly eaten food, should you overwhelm the body, the stomach may send a message to your brain telling it to remove what it doesn’t have space for.

Disconnection from the body

This one is a greater problem than many may give it credit for. Because when you start to forget what hunger or fullness actually feels like, you end up relying on your emotions to tell you when to eat. Need I say more?

The logic is that eating fast dulls the body’s ability to efficiently send hunger and fullness signals to the brain. So you end up feeling vaguely satiated, instead of full. And then should you keep eating, you may end up suddenly feeling nauseous or bloated. As though a step was skipped.

Another observation is that the brain actually stores memories of what we have consumed. And when we impair its ability to read a fullness signal by eating too fast, it will encourage us to eat more. Furthermore, the brain will then remember what it thought was the larger required amount of food, causing it to tell us to eat more at the next meal. So, in essence, eating lunch too quickly could cause you to eat more at supper time.

All of the signs in the previous section can also be considered consequences of eating too fast. If you consume your food too quickly on a regular basis, you can expect to constantly struggle with problems such as indigestion, bloating, and gastritis. As well as a continuous disconnection from your hunger and fullness signals, which in itself can lead to dangerous side effects. But we can still add to the list of more long-term risks.

Obesity is one of the biggest health problems worldwide. And contrary to what many believe, it is not simply caused by poor diet, inactivity, or lack of willpower. In fact, there are a few complicated factors that play a role in weight gain. Fast eating being one of them.

This seems logical when you realise that by eating too quickly, one ends up eating more and piling on extra calories before the body has the chance to send the signal that it doesn’t need more.

Some studies have also shown that faster eaters have higher ghrelin levels. And so feel hungry even though their bodies don’t require more nutrition. Sarah Pflugradt, a registered nutrition expert, says “It’s possible to deduce that when someone eats fast, they’re not giving their body a chance to suppress the ghrelin, and it continues to stay high, and therefore you want to eat more”.

Never mind the esthetic aspect of weight gain. Both obesity and metabolic syndromes are serious health issues that raise the risk of many life-threatening problems, such as strokes and heart diseases. And they come with their own assortment of side effects.

Tips on How to Eat Slower

These are a few tips that I found incredibly useful. In fact, after over a year of practice, I still sometimes catch myself starting to speed up and need to think about these little tips. I guess old habits die hard.

If you are a fast eater and really struggle with the concept of slow eating, then my first bit of advice is to not try all of these tips at once. This might not be the case for everyone, but in the beginning, I felt overwhelmed. The thought of chewing slowly as well as taking smaller bites just seemed so unreasonable to me!

To a degree, I have listed these tips in the order that I followed them. But start wherever you need to.

As a final note, there are “devices” that you can get at some dental offices which help one eat slower. Like a retainer, they go into your mouth and reduce how much food you can eat with each bite. Not something I recommend. But interesting to know.

It might sound dramatic, but your health is on the line when you inhale your food. Although, everyone needs to make their own decisions and face the consequences. All I can do is try and inform others and say that, honestly, I wish I had listened sooner.