Make International Kite Day in 2022 a day of celebration! Grab your kite (or make one) and go do some healthy and uplifting kite flying. 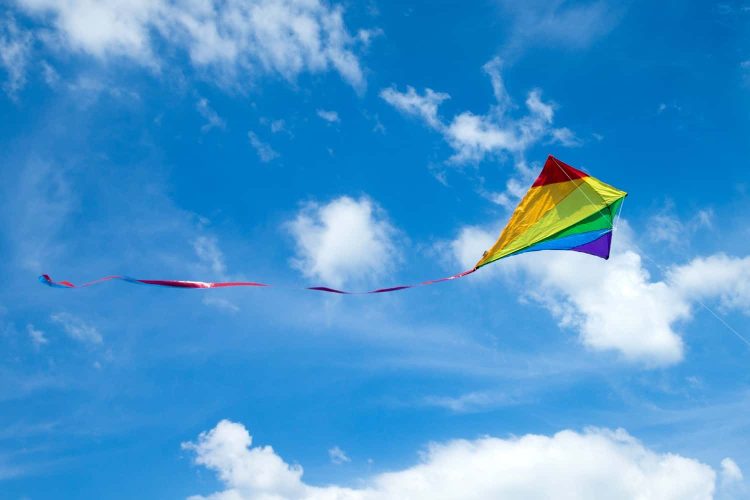 The 14th of January 2022 marks the 33rd annual International Kite Day. So grab your kite and run outside for some flying this afternoon. Get some time in the sun and fresh air while watching something pretty flirt around with the air currents. And if you don’t have a kite, what better way to celebrate the day than by taking a little downtime to get creative and make one!

Indian Prime Minister Narendra Modi officially inaugurated International Kite Day in 2012. Although countries across the globe have been celebrating this day for over 30 years. With the first International Kite festival having taken place on the 14th January 1989. Now every year there is a massive celebration held in Gujarat. Where anyone and everyone can reap the benefits of kite flying as well as the many other forms of entertainment prepared for the festival.

The origins of the festival come from a traditional day of celebration, known in the Hindi language as Uttarayan. Also called Makar Sakranti in many parts of India, the beginnings of the kite festival are rooted in the ancient Indian celebration of the change of season from winter to summer. The day marks the start of the harvest season. And farmers all over India consider it as one of the most important days of the year. The kites themselves are flown as a representation of the spirits of the gods which are awakening after their winter slumber.

Kites have become commonly known as children’s toys. But they are so much more than that! Humans have used these amazing devices throughout history for a variety of things. From sports to scientific research and even in war.

The theory is that kites originated in eastern China, where they were made with bamboo, and covered with silk and paper. The first written record of kite flying was around 200 BC when a Chinese general used a kite to fly over a city and measure how far his attacking troops needed to travel to get there. From here, traders began distributing kites through to India. Where ancient cultures recorded them in paintings dating back roughly 500 years. After that, it seems that kites traveled to Korea and then eventually across the whole of Asia.

It was only a matter of time before these awesome little devices spread across Europe and the rest of the world. One of the first documented instances is in 1295 CE when Marco Polo recorded the use of kites and how to fly them. After this they started to appear in literature, allowing their fame to grow.

Soon scientists started making use of kites. In 1749 Scottish meteorologist Alexander Wilson was able to measure the air temperature almost one kilometer high by attaching a thermometer to a kite. Three years later, Benjamin Franklin used a kite to prove that lightning is in fact electricity. And even the Wright brothers used kites while researching how to build the first airplane.

Kites are amazing and often underappreciated little gadgets. But they have served as useful tools in so many areas of human history. From having spiritual representations to being used to further scientific knowledge. And I haven’t even started to go into the benefits of flying kites for one’s health and state of mind! So why not take some time this afternoon to play outdoors and make 2022’s International Kite Day something memorable.