Spend some more relaxed quality time with the kids and get comfortable in front of the TV with a special Christmas movie. 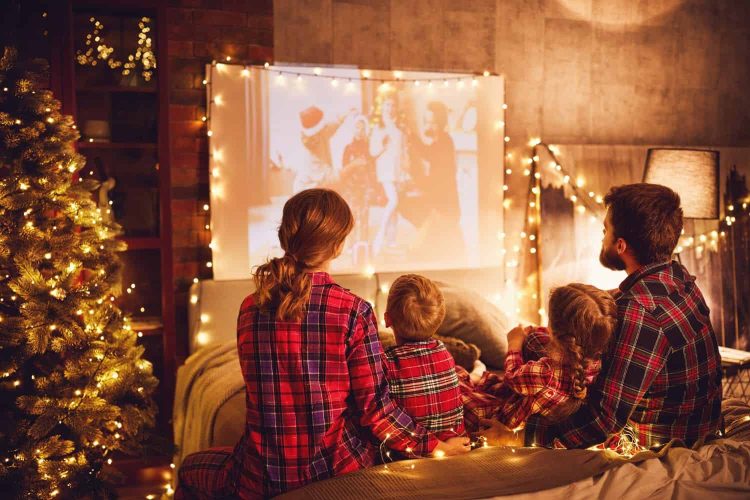 It's movie time - Christmas movies for the kids! Image: AdobeStock By JenkoAtaman

The holiday can easily become a time where kids are hyper and over-stimulated. So turn the activities down a notch and enjoy a relaxed afternoon or evening with the kids and their favourite Christmas films.

Not only are they always visually pleasing, but so many of the kids’ films have a great sense of humour so that the adults can also enjoy. So grab the popcorn and be ready to be transported to the magical world of Christmas!

Arthur Christmas follows the story of how Santa Claus accomplishes delivering presents to each child on earth. But what no one knows, is that Santa only accomplishes this great feat with help from his family who each plays a part in this high-tech operation.

But when a child is skipped, it is up to Arthur, Santa’s youngest son, to deliver that present before Christmas morning.

And with a stellar cast of James McAvoy, Hugh Laurie, Bill Nighy and Jim Broadbent, it’ll be a treat for parents too.

The film centres around a postman that lives in an island town in the Far North. And he ends up building an odd but beautiful friendship with a reclusive toymaker – Klaus.

Kevin (Macaulay Culkin) accidentally gets left behind as the rest of his family goes on holiday right before Christmas. And in this enduring children’s adventure, Kevin defends himself brilliantly against a couple of crooks who tries to break in, while his mother does everything in her power to get back to him.

How the Grinch Stole Christmas (2002)

In this Dr Seuss classic, Jim Carrey truly brought the character of the Grinch to life. Follow the heartwarming story of how the mean old Grinch first plans to ruin Christmas for the Whos of Whoville but instead grows to love the holiday in his own way.

Follow the magical story of how a young boy embarks on an adventure of a lifetime as he climbs aboard the Polar Express on Christmas Eve.

And on his journey, he learns all about the meaning of bravery and friendships and the spirit of Christmas, of course.

Another 90s classic for the list! Jack Frost is about a musician (Michael Keaton) who sadly passes away, leaving his wife and son behind. However, after his son plays on a magic harmonica, the dad comes back to life – as a snowman!

This film has lighthearted and comedic moments but also shows how important it is the cherish your loved ones.

The Nightmare Before Christmas (1993)

In typical Tim Burton style, there might be a few scary monsters and images in this film, so if your little one isn’t quite ready for Burton’s world, perhaps give this one a skip.

This super original and visually delightful film is made of stop-motion animation. It follows the “misadventures” of Jack Skellington, Halloweentown’s pumpkin king. However, Jack’s real adventure begins when he accidentally stumbles on Christmastown.