Primary school learners were recently recorded by a teacher singing a song calling Kelly Khumalo a b***ch is being investigated. 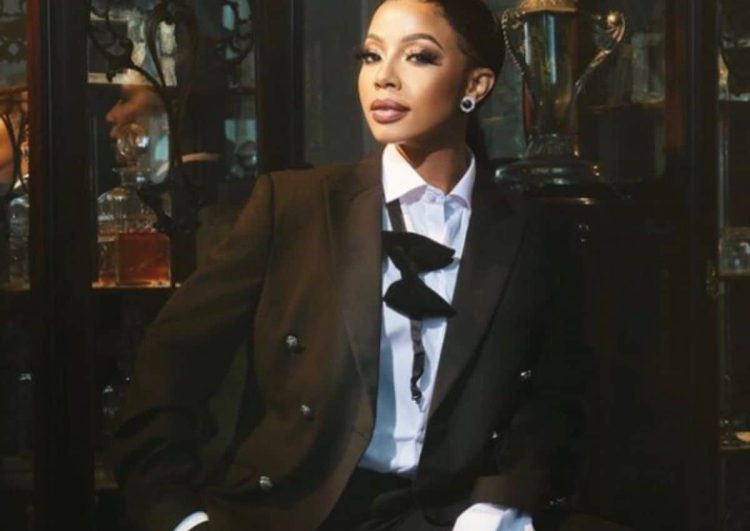 Kelly Khumalo is facing extensive public scrutiny amid the Senzo Meyiwa trial that has since been postponed.

Thus far, a class of primary school children was recorded singing that they hate Kelly Khumalo and called the singer a b***ch in the song.

Presently, many believe that Kelly Khumalo is somehow covering up the tracks of someone who was involved in the murder of her boyfriend Senzo Meyiwa. The pair share a daughter together who was in the home the night he died.

So far, the late goalkeeper was fatally shot in the singer’s mother’s Vosloorus home. However, the murderer was never found and therefore not convicted.

The trial has commenced but will resume in September as Advocate Teffo withdrew from the trial.

Now, Kelly Khumalo has been the spectacle of social media with many calling for the singer to be canceled. However, the singer continues to perform at concerts as well as continue her reality show.

Recently, Kelly Khumalo stated the world hates that she “isn’t the one that died that day”. This comes as the public feels she knows more than she is letting on. With others claiming she is protecting the killer.

Read More: Wendy Williams is not married to a New York cop

So far, the department of education is investigating how children were recorded singing a hate song against the songstress recently.

While Kelly Khumalo is the topic of discussion, social media users think that the teacher needs to be fired from her position and are dismayed that children were taught a song of this nature.

Currently, it is not clear whether the singer has seen the clip as she has not responded to it. However, in light of the current trial, the singer might not say anything at all.

Remember kids mimic what we do. The video of those kids singing about Kelly Khumalo is very disturbing! What are we teaching children kodwa? 🚮💔😭

“I hate Kelly Khumalo, she is a bitch from Joburg”.

The department of education is investigating how primary school students were recorded in class chanting a hate song against SA songstress #KellyKhumalo.

Khumalo is a person of interest in the #SenzoMeyiwaTrial.#TheLegalSA pic.twitter.com/bg2ccaNPTs