John McAfee is best known for the anti-virus many have on their devices. But, his life was more complicated than a bunch of virus files. 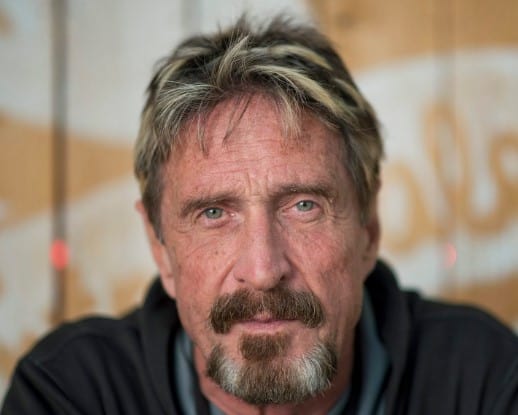 John McAfee had the spotlight on him when he was named a person of interest in his neighbors death. However, the events that transpired thereafter make his story more complicated than ever.

Recently, Netflix released a documentary on John McAfee. And the events that took place before he died in his cell by suicide. The businessman had at least four documentaries made about him since he passed.

According to the documentary, John was named a person of interest in the murder of his neighbor Gregory Faull. During this time, the McAfee founder decided to flee the US amid the suspicions that he murdered his neighbor.

To date, there aren’t any apparent reasons as to why John McAfee had decided to flee the country if he was innocent. Till now, it is believed that the businessman was in fact a murderer but was never been proven since.

However, the most bizarre claim that has come to light is that his ex-girlfriend currently believes that John McAfee faked his death. Further adding he is currently living his life in Texas at the moment.

While his ex-girlfriend believes this, The Independent currently reports that John’s wife is currently trying to get his body out of the morgue in Spain and has started a petition to do so.

Thus far, John McAfee fled many times which includes escaping US authorities from crossing the Caribbean and eventually crossing the European borders. The antivirus pioneer was then arrested in Spain.

Following his arrest, John then died by apparent suicide, eight months after his arrest. Presently, Running with the devil: The wild world of John McAfee is now available for streaming on Netflix.

So far, John McAfee has gotten at least four documentaries with each giving a different perspective of the antivirus pioneer.

Amandla Stenberg comes under fire for mispronouncing her name