The Health Benefits of Ginger

Ginger is full of health benefits that offer powerful support for our immune system. But how does it work? 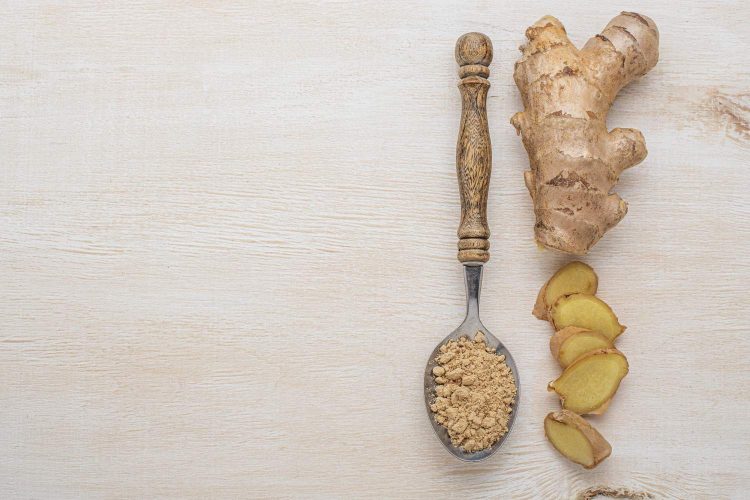 Ginger is a strong flavoured plant root that comes with an incredible variety of health benefits. Most of which are thanks to its phenomenal anti-inflammatory and antioxidant properties. To top this off, if used correctly, it can spice up your diet in a delicious way.

Ginger is the root, or rhizome, of a plant called Zingiber Officinale, which consists of leafy reed-like stems that grow roughly one meter tall. It is part of the Zingiberaceae family, making it closely related to turmeric, cardamom, and galangal.

Zingiber Officinale thrives in warm climates and is now cultivated and growing wild in Africa, the Caribbean, and Australia. Although it is native to southeastern Asia, where its use dates back at least 4400 years. Today ginger is used across the globe as both a spice for foods as well as traditional herbal medicine.

Whether used in medicine or simply added to our diets as a spice or tea, ginger comes with a surplus of health benefits. And most of these benefits are due to ginger’s phenomenal antioxidant and anti-inflammatory properties. Which it has thanks to its rich phytochemistry.

There are many potent compounds in ginger that form part of this rich phytochemistry. Although gingerol and shogaol are the greatest contributors to the antioxidant and anti-inflammatory properties of ginger.

And once you realise just how many ailments are caused and exacerbated by oxidative stress and inflammation, it becomes easier to believe how ginger could possibly have so many benefits.

Ginger can be used to help prevent or treat:

How it Works As an Anti-Inflammatory and Painkiller

Ginger offers some amazing anti-inflammatory health benefits. Although inflammation is not always a bad guy. It is normally just the immune system’s natural and healthy response to an injury or illness. But if the immune system is simply allowed to run wild, and inflammation becomes severe and long-term, our risk of developing related diseases drastically increases. This is why naturally occurring anti-inflammatories are an important part of the human diet. They help control the immune system in the event that it overreacts to something. Some diseases that inflammation plays a prominent role in include celiac disease, fibromyalgia, Crohn’s disease, diabetes, cancer, many cardiovascular diseases, arthritis, osteoporosis, psoriasis, allergy and asthma.

There are many complex processes in the body that the anti-inflammatory compounds in ginger work with or against in order to promote controlled and healthy inflammation levels. Here are some of them.

First of all, gingerol has the ability to suppress 5-lipoxygenase. Which is a major source of potent pro-inflammatory leukotrienes, best known for their roles in the pathogenesis of asthma. Similarly, ginger has also shown to inhibit allergic reactions.

At the same time, the compound shogaol can down-regulate inflammatory iNOS and COX-2 gene expression. Both of which are enzymes that form part of our immune response system and are partly responsible for inflammation and pain. You may have heard of COX-2 inhibitors, which are a non-steroidal anti-inflammatory drug (NSAID). Most often prescribed for conditions such as arthritis, osteoarthritis, sports injuries and menstrual cramps. Selective inhibition of COX-2 has also been shown to alter the development and progression of cancer.

Gingerol, shogaol, and other structurally-related substances in ginger have also proven to discourage the excessive production of pro-inflammatory cytokines. These are little proteins released by cells which play a role in the body’s inflammation sensitivity levels as well as in the creation and maintenance of pathologic pain. Also, some of these inflammatory cytokines, such as TNF-alpha which is produced during acute inflammation, are partly responsible for the signaling events which lead to necrosis (the premature death of cells or body tissue).

One particular study of 150 women with severe menstrual pain showed the pain-relieving properties of ginger to be equally effective to that of ibuprofen. And another study found ginger to be as efficient as a triptan medication used to treat headaches.

How it Works as an Antioxidant

Reactive oxygen species (ROS), or free radicals, are produced by the body during certain of its biological processes. Sometimes an imbalance forms when the body generates more free radicals than it can detoxify, subsequently resulting in oxidative stress. This constant oxidative attack on the body plays an essential role in many health issues. Such as heart diseases, neurodegenerative diseases, cancer, and even in the aging process.

This is where antioxidants such as gingerol and shogaol come in handy. They scavenge for free radicals in the body and flush them out. They essentially improve the body’s antioxidant status, returning it to a balanced state. And as a result, protecting it against many chronic diseases.

Many health organisations have deemed ginger as safe. And it is generally a well-tolerated spice regardless of how it is being used. However, as many know, it is quite potent and some mild side effects have been reported. Most relate to stomach discomfort and heartburn, and in some cases mouth irritation. So If you find your system is a bit sensitive to ginger, consider sticking to having it in a tea or grating fine bits and eat it alongside something else. Avoid eating it on its own and raw or in large quantities.

The only other known side effect of ginger is that it may act as a blood thinner. Therefore increasing your risk of bleeding. So, firstly, if you use anticoagulants, chat to a medical practitioner about safe doses before consuming too much ginger. And secondly, avoid ginger at least two weeks before any scheduled surgery.

How to Use it

My first suggestion is tea. It is one of the best ways to reap the most health benefits from ginger’s wonderful compounds. I have a cup or two of ginger tea every day and even my sensitive gut takes well to it. If I try to eat it raw I often experience stomach discomfort. To make the tea you can grate or finely chop some fresh ginger into boiling water and let it steep for a few minutes. I usually use a piece a little bigger than my thumbnail and mix it with either a bit of honey or lemon. Personally, I find the honey especially delicious, it just takes the edge off. Although recently I have started curbing my honey intake, so as an alternative I have been throwing in some fresh mint leaves. You will be amazed at just how delicious that combo is.

Otherwise, grated or finely chopped fresh ginger works beautifully in many meals. I like to add some at the beginning of the meal and then some right at the end so that I get both the cooked and more raw flavours out of it. I love all my food to be fresh, but powdered ginger is also a great option. You can cook or bake with it, add it in smoothies and juices. Or even sprinkle it onto fruit before eating.

In general, adults should keep consumption below four grams of powdered ginger per day. And children shouldn’t get more than two grams per day.

Ginger is one of nature’s miracle foods. With very few downsides to its consumption yet a surplus of immune-enhancing effects which help the body deal with an incredibly wide variety of things. From acting as a painkiller to combating chronic diseases and even aiding in the control of the aging process. It is also affordable and consumable in a variety of ways. Plus, you need so little each day in order to give your system that extra boost.