A third of Nigerians are unemployed: here’s why

Unemployment is when people are ready, able and willing to work, but do not find work. By the International Labour Organisation definition, a person is employed when they work at least 40 hours a week. 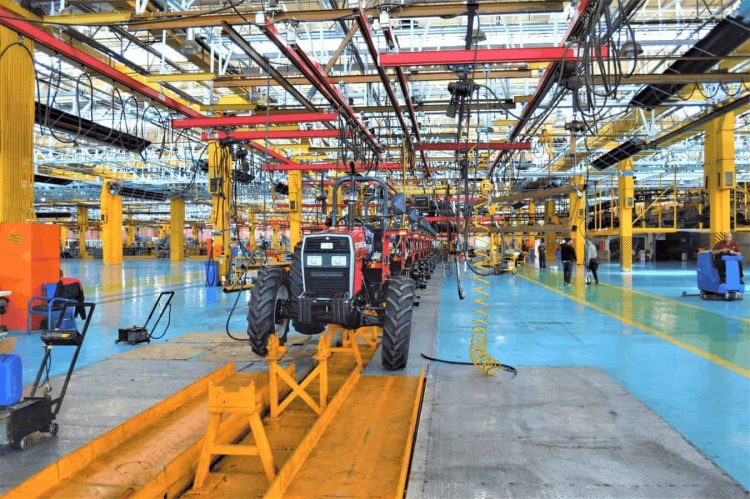 Photo by amin khorsand on Unsplash

The Nigerian Bureau of Statistics recently published the country’s unemployment rate for the fourth quarter of 2020, reflecting a continued deterioration during the COVID-19 year. The unemployment rate for this period stood at 33.3%. Ogechi Ekeanyanwu, from The Conversation Africa, asked Ndubisi Nwokoma, an economics professor, to provide the context.

How is unemployment measured?

Unemployment is when people are ready, able and willing to work, but do not find work. By the International Labour Organisation definition, a person is employed when they work at least 40 hours a week. The working age is regarded as between 15 and 60. Currently, 33.3% or 23.2 million of the about 70 million people who should be working in Nigeria are out of work. An acceptable level of unemployment would be 4%-6%.

The country’s underemployment rate – people who work less than 20 hours a week – is also high at 22.8%.

One factor is the critically poor state of the economy. The economy has not been in good shape for the past five years and first went into a recession in 2016.

In 2020 in the wake of the COVID-19 pandemic it plunged into another recession – its worst in four decades. It recorded gross domestic product contraction of 3.62% in the third quarter of 2020.

There’s been a lot of uncertainty, largely due to policy inconsistencies, about where people should invest. This cuts across various economic sectors.

Since the current government came into power in 2015, there has been a lot of policy change with the “command and control” posture adopted in managing the economy. For instance, exchange rates were left fixed for the first year of the administration until the distortions in the market became chaotic before some form of flexibility was allowed in the determination of the exchange rate, following market forces. Also land borders were arbitrarily closed to imports, despite the huge damage it could have on the country’s trade within the ECOWAS sub-region. This had a direct impact on prices of items.

These policy somersaults have caused capital flight. The political uncertainty played a role in the downward trend of markets. In the equities market, huge foreign portfolio investments were lost to the economy. There has also been a downturn in portfolio investments, fixed capital investment, foreign direct investments and capital importation. There was also a record decline in capital importation of about $1,548.88 million in the fourth quarter of 2016, a 15% decrease from the third quarter of same year.

And in the first quarter of 2017, capital importation was recorded to be about $908.27 million.

The result has been job losses and the dwindling capacity to create jobs.

The poor performance of different sectors of the economy, especially the agricultural sector, has created uncertainty and unemployment. The recurring farmer-herder crisis has had a negative impact on agricultural labour and production.

Another issue is Nigeria’s weak currency, which has been bad for manufacturing. As many people only have access to foreign currency through unofficial sources, prices of raw materials for manufacturing have affected the sector and its output. Several organisations cannot scale or employ more people.

The low level of infrastructure in the economy is another critical factor. For instance, farmers need to move their goods to markets. The routes that link the farms to the cities are in poor shape. Power supply is erratic and security is poor. These factors add up to a poor level of investment.

Meanwhile the labour supply is growing. People are graduating from higher institutions, but the demand for labour is shrinking. There are not enough jobs for young people who are leaving school. People with A levels as their highest qualification had the highest rate of unemployment with 50.7%, followed by people with first degree or higher national diploma at 40.1%.

How much worse has COVID-19 made things?

Measures like lockdowns, social distancing, work from home and travel restrictions significantly affected the economy. The aviation sector and related services were one of the worst hit. The entertainment sector – movies, sports, shows – was caught in the stay-home mandate. Small and medium scale industry was also badly hit, particularly micro businesses – those who earn on a day to day basis.

Even with the opening up of the economy, the effects remain. And we’re not sure COVID-19 is going away in a hurry.

States that generate more revenue, and get bigger federal allocations have higher unemployed rates. Why?

I think it is two things.

One is population density. For instance, people flock into Lagos state in search of jobs because there is no industry in their regions. And insecurity and poor infrastructure plague the agricultural sector. When people gather where there’s some industrial activity, the rate of unemployment becomes severe, even though those states have higher internally generated revenue.

Secondly, with the instability of global markets and fall of the oil price, federal collected revenue has dwindled, so there is less money to share to states and they are thus getting less than what they used to get from federal allocations. This affects the ability of a state to sustain employment levels and payment of salaries, given their federal allocations.

How can Nigeria reduce unemployment?

By addressing the causative factors.

Nigeria must also encourage investment. There’s a very low level of deposit rates. And it is unattractive to invest even in treasury bills or other securities. The rates are low, and the inflation rate is much higher. So every day your money loses value. The infrastructure for small scale production, including electricity supply, is poor and people have to provide their own.