Abubakar Shekau: battle for supremacy among Islamist groups bodes ill for the Sahel

Abubakar Shekau took over Boko Haram after the death of its founder Mohammed Yusuf in 2009. In that role he has been responsible for a brutal reign of terror in Nigeria’s north east region as well as states of the Lake Chad region which make up part of the Sahel region. 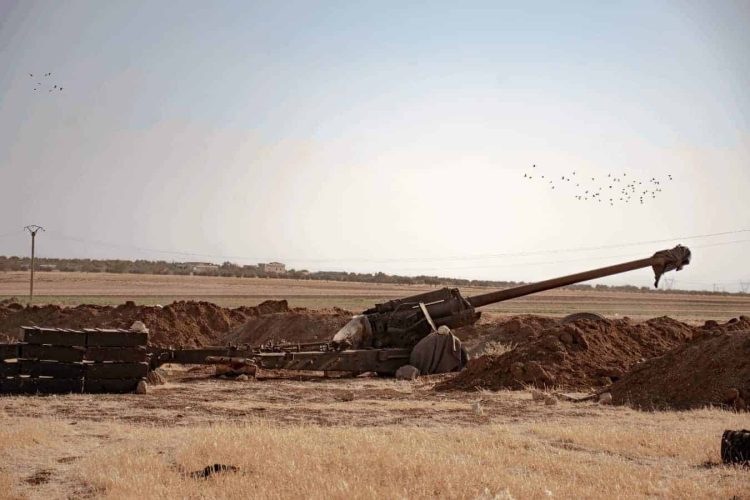 Photo by hosein charbaghi on Unsplash

The Nigerian military says it is investigating claims that the Boko Haram leader Abubakar Shekau is dead. His death has not been independently confirmed. It is also not the first time a claim like this has been made. The reports have nevertheless raised questions about who has the upper hand in the region – Boko Haram or the breakaway Islamic State West Africa Province. Adejuwon Soyinka, The Conversation’s West Africa regional editor, asked Folahanmi Aina, an expert on Boko Haram and security in the Lake Chad Basin region, to analyse the security situation.

What do you make of recent developments?

Abubakar Shekau took over Boko Haram after the death of its founder Mohammed Yusuf in 2009. In that role he has been responsible for a brutal reign of terror in Nigeria’s north east region as well as states of the Lake Chad region which make up part of the Sahel region.

From various accounts he was also brutal in the way he retained control over his foot soldiers. Many became displeased with his style. This led to the creation in 2016 of the jihadi group’s breakaway faction Islamic State of West African Province.

Tensions have remained high between the two groups. Both have sought to spread their political ideology across the region in a contest to win “hearts and minds”.

Islamic State West Africa Province appears to have been gaining ground in recent months. Some reports suggest it has taken control of Sambisa forest in the north east region of Nigeria.

The forest, once marked out as a game reserve by the colonial government, covers about 60,000km² across the north east and extends to some parts of Kano state, the commercial hub of northern Nigeria.

The Shekau-led Boko Haram’s area of dominance has predominantly been Nigeria’s north east region while Islamic State West Africa Province has since consolidated its hold on the Lake Chad Basin region. Taking control of the forest would mark a major coup for the Islamic State West Africa Province. Sambisa Forest is strategically important because it’s close to Maiduguri, the capital city of Borno, as well as Konduga and Barma.

The jihadist groups in West Africa, such as Jama’at Nasr al-Islam wal Muslimin, with about 2,000 fighters, are closely allied to the Islamic State in Iraq and Syria (ISIS), which is also known as Daesh. Another is the Islamic State in the Greater Sahara. Affiliates of both ISIS and Al-Qaeda are known to be working closely together in West Africa. ISIS is widely believed to have emerged out of Al-Qaeda, following the invasion of Iraq in 2003. Its ideology was largely shaped by Abu Musab Al-Zarqari, a Jordanian jihadist, whose goal was to foment a civil war between Sunnis and Shites as well as to create a caliphate.

The group’s leadership – known as the ISIS Core – has since sought to expand beyond the Middle East following the killing of its leader Abu Bakr al-Baghdadi in late 2019 by US commandos in Syria. It welcomed allegiance to it in 2016 by the Islamic State West Africa Province, which basically formalised its presence in West Africa and the Sahel.

Boko Haram on the other hand has mostly sought to consolidate its hold on northern Nigeria by seeking to implement something similar, in the order of the Usman Dan Fodio-led Sokoto Caliphate, in the Kanuri homelands of the former Kanem-Borno Empire.

The relationship between the three is in their inherent goal to disrupt the idea of the modern nation state, which they view as a Western construct, while attempting to replace it with a caliphate.

Islamic State West Africa Province appears to be consolidating its dominance in the region, providing it with tactical and operational advantage. This could imply a more consolidated ISIS presence and the spread of its influence in the Sambisa Forest area and the Lake Chad Basin region.

It also opens the door to the potential for new collaborations with other violent extremist organisations across the Sahel, who share the same ideological leanings.

The Nigerian military has been trying to flush out Boko Haram from Sambisa Forest for the past 12 years. It’s a useful stronghold because the dense forest makes it possible to evade reconnaissance and aerial bombardments by the Nigerian Air Force.

Islamic State West Africa Province’s hold on the area could potentially prolong the war on insurgency. It could, for example, enable it to set up new training camps. This would help it in two ways: it could provide extensive training for its recruits within Nigeria, as against Libya where a significant number of fighters receive training. It could also potentially attract more foreign terrorist fighters into Nigeria.

Lastly, controlling the forest would mean that Islamic State West Africa Province would be poised to inflict further terror on Borno, Adamawa and Yobe states across north east Nigeria. It is also likely to attempt attacks on the southern part of the country, while reinvigorating its attacks on the states in the Lake Chad Basin region.

How worried should countries in the region be?

They have a lot more to be worried about now.

Any advances by the Islamic State West Africa Province will earn it further endorsement from ISIS Core. In turn, this would offer better access to funding and more sophisticated weaponry.

Since ISIS Core was dismantled in the Middle East, its remnants have sought a new haven. The Islamic State West Africa Province’s hold of Sambisa Forest would be a major boost.

The implications are that countries in the region face a long battle ahead.

One possible scenario is a more aggressive and sustained reign of terror across the region by Islamic State West Africa Province.

It’s unclear exactly how Boko Haram will react if indeed Islamic State West Africa Province has taken over the forest. One possible course of action is that it seeks new alliances that would give it access to the growing network of armed bandits.

The broader consequence for the region is that countries might have to intensify military campaigns. An emphasis on militarising their efforts to counter insurgency efforts would come at the expense of a multi-layered approach that makes room for addressing root causes.

What should Nigeria and other countries be doing?

Governments need to continue doing all they can to shape public opinion to dissuade potential recruits from joining the ranks of the insurgency groups.

In the case of Nigeria, it needs to come up with a tailored strategy that prioritises human intelligence by using local assets in the north east region to infiltrate and sabotage the Islamic State West Africa Province from within.

A target group for this would be disgruntled elements within the senior ranks of Boko Haram.

Lastly, the threat to stability, peace and security across the region will persist unless governments address poverty, inequality, unemployment, state fragility and climate-induced tension.