The Parliament fire suspect's lawyer says that his client denies all charges and that he is only a cover-up for what's really going on. 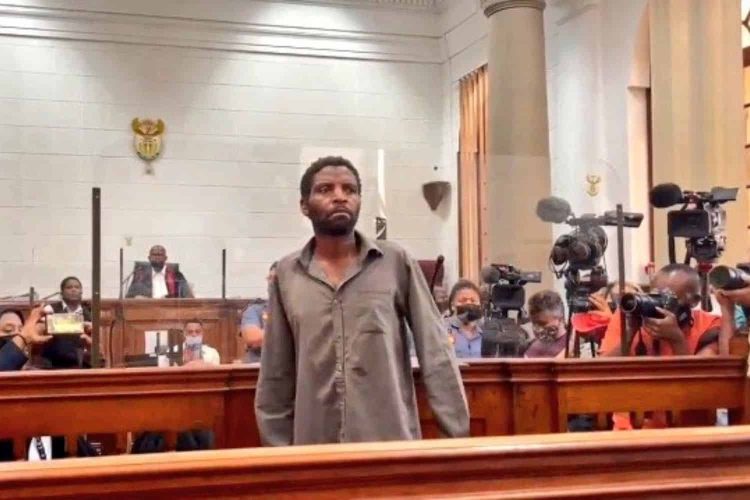 Zandile Christmas Mafe (49) is accused of starting a fire in the Parliament building that destroyed large historical parts of the building. But after briefly appearing in court on Tuesday morning, he denied all charges.

The suspect pleads “not guilty” to all six charges against him

Mafe appeared in the Cape Town Magistrates’ court on the 4th of January on two charges of arson, being in possession of an explosive device, housebreaking, theft, and destruction of essential infrastructure.

Mafe’s private attorney, Luvuyo Godla, argued that Mafe should be released on bail since “he poses no flight risk”. And they were further disputing how the fourth has not gone to establish Mafe’s address yet.

“My client denies these charges, and that is why he is pleading not guilty,” Godla said outside the court.

In response, the State requested that the matter be postponed in order to verify Mafe’s information for bail application. And they also decided to wait for Parliament’s damages to first be assessed.

Thus, the case has been postponed to 11 January for further investigations.

And according to Western Cape National Prosecuting Authority (NPA) spokesperson Eric Ntabazalila, bail will be opposed.

“The postponement is for the investigators to confirm bail information which includes residential address and assets of the suspect. The state will oppose bail and more charges are likely to be added as the case continues,” says Ntabazalila.

Mafe’s lawyer claims this is a “clear scapegoat”

Godla further said that Mafe is not the one who should be arrested, but that he is only a cover-up.

“This is not the person who is supposed to be arrested, this one is a scapegoat. What interest would that poor man have by burning parliament? No explosives were found in his possession. This is a clear scapegoat,” said Godla.

Even the blind can see that this man doesn’t even know what is happening, he is being used as a scapegoat by the ANC of Ramaphosa so that it may seem they have things under control.

No free this man! Ramaphosa is useless and this man must not pay for his uselessness! pic.twitter.com/H7jKAJ63q2