An Oscar for My Octopus Teacher is a boost for South African film. But …

The Best Documentary Feature gong for My Octopus Teacher at this year’s Academy Awards has been seen by many critics as the type of underdog story Oscar loves. 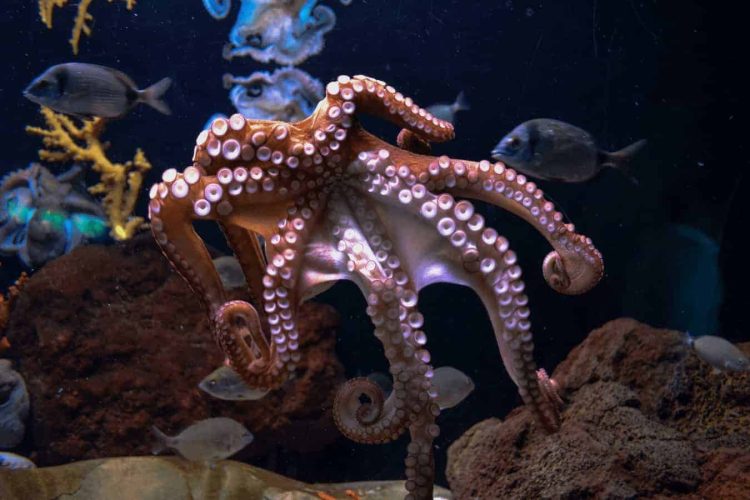 The Best Documentary Feature gong for My Octopus Teacher at this year’s Academy Awards has been seen by many critics as the type of underdog story Oscar loves. The film, directed by Pippa Erlich and James Reed, was – like the other South African-themed documentary to wow the Oscars, Searching for Sugarman – the feel-good choice.

The story of a man and his relationship with an octopus in the cold, cold water off Cape Town’s peninsula triumphed over a number of heavy hitters. These included an exposé of hospital deaths caused by corruption in the Romanian government (Collective) and the Obama-produced story of the battle for disability rights in the US (Crip Camp).

So what carried the underdog to victory? And what does this mean for film-making in South Africa? Will this sensational viral hit spawn “a trail of comparable works in its wake?”

The answer to why it won lies in a series of interconnected factors: the power of Netflix; the zeitgeist of the global COVID-19 lockdown; the Academy’s idiosyncratic nature when it comes to voting; and the power of a well-made film with a simple and life-affirming story.

The answer to what impact it will have is more complicated: we think it could lead to wonderfully positive outcomes. But only if marginalised South Africans have agency and power in front of and behind the cameras.

A tide of ‘the feels’

My Octopus Teacher follows documentary film-maker Craig Foster as he dives in the ocean near his home on the southern shores of the Cape Peninsula to observe, document, touch and be touched by a common octopus (Octopus vulgaris). Foster is on a sabbatical from documentary film-making after suffering from burnout on his previous production. While freediving he “meets” an octopus, and returns to her every day, documenting most of her life cycle, which spans about a year. He forms a strong emotional attachment to her, and relates the healing effect it has on him.

The critical viewer can object to the anthropomorphising of the octopus – the applying of human attributes to an animal. And for following the well-trodden path of privileged white males documenting and representing the exotic other. https://www.youtube.com/embed/3s0LTDhqe5A?wmode=transparent&start=0 Even the surliest of critics were touched by the story of man and octopus.

But as it shot up the rankings on Netflix, it became clear that these flaws were not an obstacle to millions of viewers around the world who embraced the film wholeheartedly. Indeed, while the film’s unabashed sentimentalism and Foster’s somewhat self-indulgent narration invited both parody and critique, even the surliest of critics was carried away on a tide of “the feels”.

Key to the film’s success has been its word-of-mouth emergence during lockdown in 2020. It was the very definition of a viral sensation, the perfect film for Netflix’s audience, which spiked sharply because of COVID-19 restrictions in many countries.

The film’s introspective and understated approach is also an important factor. Foster’s short walk to the cold-water kelp forests is the antithesis of Planet Earth’s globe-trotting aesthetic, where each exotic, remote location reveals the natural world at its most dramatic and spectacular. My Octopus Teacher shows viewers that meaningful engagements with the natural world can happen right outside your door.

And, as the title proclaims, you don’t have to be an expert to gain something wonderful from the flora and fauna that you see every day, if you look a little closer.

In terms of the Oscar documentary outcome this year, there was a perfect meeting point of Netflix’s penchant for producing cinematic and sensational documentaries, pandemic audiences’ appetite for small, solitary stories of individuals overcoming obstacles, and the Academy’s preference for entertaining, escapist documentaries. Think no further than previous winners 20 Feet from Stardom, Searching for Sugarman or Free Solo.

What it means for the industry

There is an argument to be made that the documentary’s win is important for film in South Africa because it has focused attention on a local story and the quality of local productions. It demonstrates that it’s possible – working from home with a relatively low budget and a small crew – to reach a massive global audience from the tip of Africa and win one of the most influential awards in the film world.

But there’s also a counter point to this: that the film was only possible because Foster is a well-established and well-resourced film-maker living on a particularly scenic part of the South African coast.

To say that My Octopus Teacher is a model for all film-makers in South Africa would ignore the situation of emerging film-makers living in very different circumstances. This includes, for example, black female film-makers living far from the film-making centres in South Africa. They might have brilliant stories to tell and amazing access to the people and places involved. But they are unlikely to have access to a digital cinema camera. Or the time to devote exclusively to a project of this kind.

Nevertheless, there are likely to be positive spinoffs from the win. For one, streaming platforms’ interest in local documentary is increasing.

And interest from international platforms and distributors in African film will undoubtedly spike in the coming months.

And the benefits could extend to under-resourced and emerging film-makers, for whom an international co-producer could foot the bill for that expensive camera, and their time.

What needs to happen

There are dangers too.

There’s a risk that an increased international desire to see South African stories will result in what is being called extractive film-making – when international production companies come in to film the country’s stories, bypassing its local storytellers.

What South Africa needs more than anything in the film and television industries are stories told by South Africans, not about them; told by film-makers coming from inside communities, events and experiences, not by outsiders.

My Octopus Teacher centres on a white male experience. But the story is told from the inside, by the very person it’s about. At a time in global film-making history when “nothing about us without us” is both a rallying cry and a commissioning brief, one hopes that this will not be the only personal story from South Africa that makes it big on a global stage.