Are we facing high-tech feudalism as Covid-19 enriches the billionaire class further?

Members of the billionaire class accumulated their wealth by crushing rivals and exploiting labour. As the Covid-19 pandemic enriches them further, are we entering an era of high-tech feudalism? 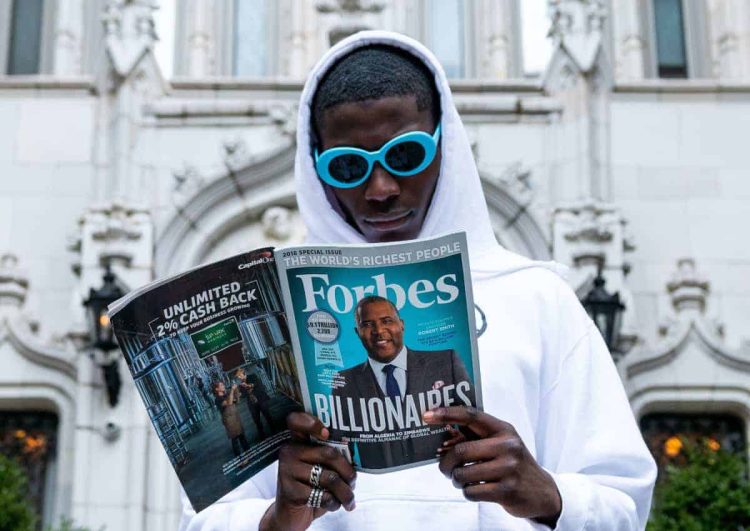 Members of the billionaire class Photo by David Suarez on Unsplash

In 2007, actor Robert Downey Jr was doing research for his role in the superhero movie Iron Man. He played reformed arms dealer Tony Stark. To portray this fictional, self-described “genius, billionaire, playboy [and] philanthropist”, he consulted SpaceX founder Elon Musk, who gave him a tour of his Tesla facility in Los Angeles. According to Musk’s biographer Ashlee Vance, this Hollywood endorsement was a big ego boost for the attention-hungry tycoon.

Tony Stark dies to save the Earth from the apocalypse in the 2019 blockbuster Avengers: Endgame. In the real world, however, expecting our billionaires to display such self-sacrifice would be woefully naive.

Plutocrats such as Jeff Bezos have resoundingly failed to use their bottomless wealth to help the world respond to the dual shocks of Covid-19 and economic depression. In contrast, the super-rich experienced a bumper year of profits and accumulation.

The world’s billionaires – which comprise fewer than 3 000 people – saw their collective wealth increase by $4 trillion, or 54%. Such income inequality has become so glaring that even an ultra-capitalist institution like the International Monetary Fund has now called for a new pandemic wealth tax.

Wealth in the media

In contrast, the financial and business press has continued to produce fawning coverage of billionaire excess and wealth hoarding. Publications such as Forbes Africa, with headlines like “Why $825 million means nothing to me”, flaunt extreme wealth in a way that contrasts jarringly with the dysfunction of everyday life. This is especially stark during a pandemic, when the average shopper stands in a physically distanced queue, face mask on, while Musk, the Pretoria-born oligarch, looks smugly into his bright future from a magazine cover featuring the words, “The Richest Man on Earth: The Billionaire with Interplanetary Ambitions”.

According to this boosterism, plutocrats are the vanguard of human civilisation, offering incredible technological solutions to social problems. At the same time, billionaires such as Bill Gates and Mark Zuckerberg are also disingenuously framed as modest, relatable technocrats. The meritocracy myth creates the belief that anyone can become super-rich with enough personal dedication and grit.

Yet, as Rob Larson demonstrates in his book Bit Tyrants: The Political Economy of Silicon Valley, platforms such as Microsoft and Amazon were built through the ruthless crushing of smaller commercial rivals, political lobbying and overworked labour forces.

In the 2010s, for example, conditions were so bad at the iPhone complex in Shenzhen, China, that hundreds of workers took their own lives, which lead the company to install “suicide proof” nets around buildings.

Bezos, meanwhile, has responded to exposure of the dismal working conditions at Amazon warehouses with a public relations campaign in which online bots pose as cheerful members of his workforce.

Big tech is now in control of large sections of the global economy. Platforms such as Microsoft, Google and Facebook have become monopolies that oversee how people conduct business, receive information and communicate.

The most recent historical period in which individual capitalists enjoyed such concentrated wealth and power was the so-called Gilded Age of the late 19th century. In the United States, “robber barons”, tycoons such as Corneilus Vanderbilt and JP Morgan, owned vast industrial monopolies over key infrastructure such as railroads. The robber barons crushed smaller rivals and unleashed private security forces to violently clamp down on striking workers. As JP Morgan once said, “I owe the public nothing.”

The greed and arrogance of the robber barons ultimately lead to calls for reform. Tycoons such as Andrew Carnegie worked to soften their image by donating money to charity and keeping their excessive lifestyles out of the public eye. But, as Mike Davis and Daniel Bertrand Monk write, the Ronald Reagan and Margaret Thatcher counter-revolution of the 1980s unleashed the “new and greatest gilded age”.

Neoliberal policies and deregulation have allowed an unprecedented transfer of wealth upwards. It was also accompanied by a cultural shift towards conspicuous consumption, in which the wealthy are seen as the ultimate sources of value and social progress.

This reverent attitude towards extreme wealth often blurs into quasi-religious devotion, such as when Fortune magazine published a 2016 cover depicting Bezos as an avatar of the Hindu god Lord Vishnu. But deification of the super-rich is also combined with the paradoxical idea that anyone can become a billionaire through sheer willpower. A new self-help book by a South African investor epitomises this. According to The Billionaire Mindset, wealth can be achieved by rejecting “self-imposed limitations”.

The hollowness of this dream is revealed in the deceit and manipulation that accompanies start-up culture, as chief executives often exaggerate and distort the impact of their technology. An emblematic example is the rise and fall of celebrity con artist Elizabeth Holmes, who raised almost a billion dollars from investors by presenting herself as the Steve Jobs of medical technology. But her company, Theranos, was outright fabricating claims that it possessed a revolutionary new form of blood testing.

This myth of the self-made, start-up billionaire omits both how the likes of Musk were born into affluent backgrounds, and the political and economic contexts that allowed them to gain such concentrated wealth and influence.

Much of the internet and information technology of today has its origins in government-funded military research during the Cold War. From the late 1970s, programmers and technicians in Silicon Valley built on this existing technology and created a revolution in personal computing.

Inspired by the counterculture of the 1960s, computers were seen as more than just machines but as tools for personal emancipation. But the other side of this libertarian utopianism was a fanatical embrace of the unrestrained free market.

In the 1990s, publications such as the widely influential Wired magazine said capitalism was a revolutionary force for change that would blow away existing hierarchies and authorities, leaving a frictionless world of commerce and instant communication.

According to Wired, tech chief executives were the vanguard of this revolution. People like Gates were not only successful businesspeople but also “disruptors” forcing rapid technological change on society.

But, as Keith White wrote in 1994, this obscured how much of the business of Silicon Valley was exploitation as usual, driven by “particularly unscrupulous executives”. Breathless tech-speak normalised corporate control of the internet and presented government regulation and social obligations as antiquated forces that stood in the way of progress.

Despite this excessive marketing, companies such as Microsoft were not universally loved. In particular, Gates was seen to embody corporate greed as he used underhanded tactics to ensure a global monopoly over computer operating systems.

In contrast to his current image, pop culture depicted him as a sinister figure. According to the title of Douglas Coupland’s 1995 novel, his employees were treated as Microserfs. Films like South Park: Bigger, Longer & Uncut (1999) offered scathing depictions of the world’s then richest man.

Gates faced an even more serious backlash when he was forced to testify at Congressional hearings about Microsoft business practices in 2001. Under scrutiny he came off as arrogant and evasive, more a standard robber baron than a tech visionary. This was echoed in 2018 when Zuckerberg gave a similarly damaging congressional appearance.

The hearing pushed the Microsoft chief executive to adopt a softer public image by starting the Bill and Melinda Gates Foundation. This organisation is often assumed to be doing good work in health and education because of the large sums of money it donates publicly to initiatives. But it and other corporate philanthropy projects are run like venture capitalist firms rather than charitable organisations. The Gates Foundation, for example, explicitly promotes corporate interests and neoliberal economic policy, while also increasing its founders’ personal influence over global healthcare.

As the pandemic has highlighted, billionaire charity has failed to address the crisis. It has been public institutions and government doctors and nurses who have most effectively responded to Covid-19.

Relying on the largess and generosity of the billionaire class will not solve social ills. Futurists like Musk and Bezos combine personal narcissism, including the belief that they are messianic figures, with base self-interest. Instead of paying their workers decent wages or sponsoring constructive social projects, they are investing their obscene personal fortunes in space travel.

They are not doing this for exploration or to increase our understanding of the cosmos. Rather, Musk and Bezos seem to think that space is a new frontier for them to occupy and exploit. But their grandiose schemes to build space platforms and Mars colonies are often completely detached from reality.

While they claim they are securing a permanent human presence in outer space, they deliberately omit how global warming, ecological collapse and catastrophic social inequality are already making life more difficult for the billions of ordinary people who don’t have billions of dollars.

While Gates has now appointed himself an expert on climate change with his book How to Avoid a Climate Disaster, his dismal solutions include extending corporate control and maintaining the economic status quo.

The future that Gates, Musk and Bezos imagine is determined by power and privilege, where top-down technological “solutions” are handed down by elites. As Lizzie O’Shea observes, “In the digital age, we are witnessing an ideological revitalisation of the idea that utopia can be achieved by building more extreme versions of technology capitalism.”

Rather than expanding democracy or equality, the cultural veneration of the billionaire class is having sinister political ramifications. In recent years, the growth of extreme inequality and global monopolies has led many sociological commentators to warn that society is retreating into “neofeudalism”, echoing the feudal systems of pre-modern times. The increased fragmentation of state power and economic precarity and unemployment makes it seem possible that we are witnessing the emergence of a new system of “peasants and kings”, with the rulers being tech billionaires and global financiers.

The future being built is one where billionaires hoard their vast fortunes in luxury fortified enclaves, while climate change and economic suffering make life a bleak struggle for the vast majority.

Real social and political change has never been handed down voluntarily by the wealthy and powerful. Instead it has been won from popular struggle, as ordinary people come together in unions and social movements to agitate for lasting change. Many of these hard-won advances – from the right to collective bargaining to laws against monopoly – are now being undermined by the super-rich. Instead of being benevolent public figures, they are the overbearing, entitled beneficiaries of a rigged and increasingly dysfunctional system.