Arthur Fraser admits he overruled the parole board to free Zuma

Even after the Medical Parole Board found former president Jacob Zuma stable enough, Arthur Fraser still gave the go ahead to let him go. 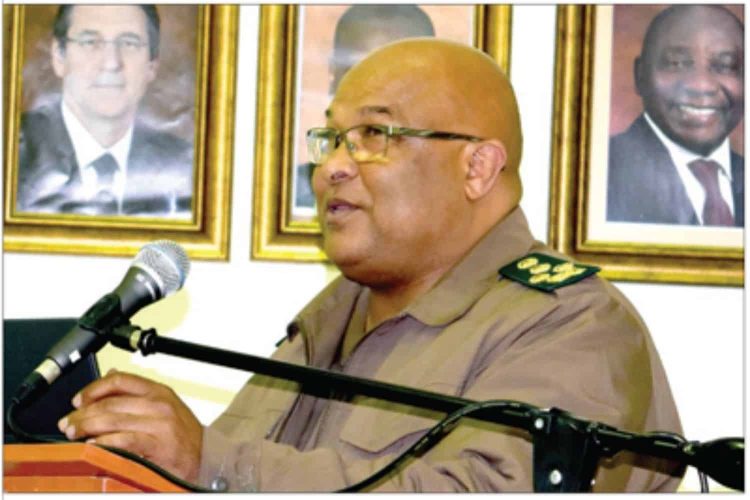 Arthur Fraser admits he overruled the parole board to free Zuma. Image: dcs.gov.za

The national commissioner of correctional services, Arthur Fraser, has admitted that the Medical Parole Advisory Board did not approve medical parole for Jacob Zuma. Instead, he took the decision upon himself to allow Zuma to leave prison.

The Department of Correctional Serviced confirmed during the weekend that the former president would be leaving prison. He will be serving the remainder of this sentence at his Nkandla home.

Fraser’s association with the former president

The fact that Zuma has been granted medical parole are both “deeply suspect” and not procedurally correct. According to the FW de Klerk Foundation “Zuma persistently refused to be examined by an independent medical professional (or any medical advisory board)”.

Thus, when the news broke that Zuma was released due to medical reasons, it was not long before groups like Afriforum and the DA started making assumptions. Given Fraser’s position and his association with Zuma, it was rumoured that he had a hand in the decision.

He confirmed that he did, in fact, overrule the parole board in the decision.

“I took the decision to place him on medical parole, and I’ve given a host of reasons. The reasons are available. It’s in documentation, and it will be presented to whoever needs to see that. I’m sure parliament will be asking,” he said on Wednesday evening on the SABC programme The Watchdog.

Zuma in need of “specialised treatment”

In contradiction of what was rumoured, Fraser said that Zuma underwent all kinds of assessments when he first entered the Estcourt Correctional Centre. Reportedly, it was during this process that Zuma declared his comorbidities. It was then stated that they were dealing with someone who was “frail” and needed specialised treatment.

“We then received further reports, medical reports, that indicated that he required specialised treatment and it was only around the third report that we received, where his medical team – the medical team, in conjunction with our team – indicated that he can no longer be kept in our facility because the type of med care required we are not able to provide,” he said.

It was then decided to take former president Jacob Zuma to hospital.

“When we are directed by health professionals, we are obligated. It has to be done. You’ll recall that he had gone to hospital because we were advised that the type of care he needed and the type of clinical procedures that needed to be done couldn’t be done in our facility. We then had to move him to a medical healthcare institution, and it’s there that we got further reports. We then got informed that there’s a range of procedures that need to happen”.

It is still unclear what exact medical condition the former president has or what treatment is required.