Political analyst Ralph Mathekga’s new book, The ANC’s Last Decade: how the decline of the party will transform South Africa, is a welcome addition. 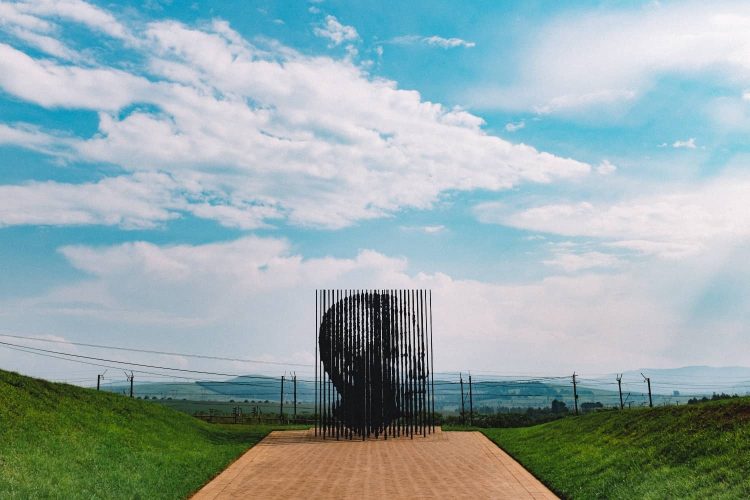 Photo by Ashim D’Silva on Unsplash

The ANC’s electoral fortunes have steadily declined in the last three national elections; 2009 (65%), 2014 (62%) and 2019 (57.50%). But, since the 2016 local government elections saw the party lose some of its former strongholds, including four major metropolitan municipalities, the question has shifted from whether to when the party will lose power at the national level.

This book is one of the few researched publications bold enough to offer specific timelines for the end of the ANC’s dominance. Mathekga puts this at 2024 or 2029.

Throughout the 17 chapters of the book, he expertly combines his journalistic and academic writing flair to educate the reader, especially the lay and uninformed, about the ANC. He offers insights into its grip on South African politics and development, and what the country would look like in a possible future without the party that led the struggle for freedom.

In essence the book argues, quite persuasively, that the ANC is on a downward slide from power. This could provide new opportunities for political reform and development in the country. But, it also comes with uncertainty as the state and society compete for dominance over the development agenda.

Fatal flaw in the ANC’s DNA

The book – from chapter one through to the end – is an interesting read of the good, bad and ugly of South African politics.

Chapter one provides an historical overview of the ANC, focusing on what the author calls “the fatal flaw in the giant’s DNA”. This is a culture of “democratic centralism”, which is a consequence of its history. Chapter 17 predicts and describes “a strange new world” of South Africa without a hegemonic political party.

The book engages with a number of the factors that explain dominant party decline globally, and contextualises them.

It’s a subject fellow political scientist Hakeem Onapajo and I explored, idenfitying a number of factors that result in the demise of dominant parties. These include opposition coordination, institutional or electoral reforms, high levels of corruption and gross abuse of office as well as factional conflict in the dominant party.

The book focuses on corruption and factionalism, which in my view, the ANC needs to kill before they kill the ANC.

Mathekga traces the ANC’s struggles with governance in a liberal democracy to its failure to transform from a liberation movement to a political party after 1994, when it assumed power.

He argues that the vagaries of the liberation struggle, which heightened when the ANC was banned for 30 years from 1960 to 1990, tended the party towards “democratic centralism”, that made it more autocratic and thus

ill-suited for the demands of a liberal democratic system of governance.

Relatedly, the centralisation of decision-making perpetuates an elitism that excludes the ordinary people the ANC purports to represent. This, despite pretentions to representing their will through the argument that decisions flowing from the branches reflects “the collective” will.

It is an elitism that is not transparent or accountable, at least at the individual responsibility level. This constitutes the bane of the ANC and thus South African politics.

The second important point the book makes is that the ANC conflates the party and state. This has the deleterious effect of reducing South Africa to the ANC and its shenanigans.

It is the basis of the third critical point of the book; putting a timeline to when the ANC will lose power, and how that will change South Africa.

In essence, the country’s fortunes are tied to what happens in the ANC. This is a reality all South Africans must contend with. It is why every South African should read this book.

As pointed out in the last three chapters, South African politics is evolving from below, and shifting towards a more competitive political system. New critical actors (ordinary people and civil society) are working the system to force political accountability and meaningful change.

Also, horizontally, the chapter 9 institutions – which protect the country’s democracy – and the judiciary are emerging as centres of power that successfully challenge executive and legislative excesses or silences in ways that foster a separation of power that works in the public interest.

As Mathekga aptly contends, this also comes with associated risks for the country’s survival and development. For one, it will result in fragmentation and cleavages along ethnic, racial, and class lines which exacerbate the disruptive tension between extremist identity politics, and populist nationalism.

Also, the ANC’s responses to its waning dominance, which include a tendency to resort to “a quasi-dictatorship under the guise of a developmental state”, pose a threat to democratic consolidation. For example, Mathekga contends that the mooted establishment of district development councils aimed at consolidating and coordinating service delivery across municipalities, extends the ANC’s hold on municipalities the same way as it seeks to restructure state institutions to extend its hold on the country, and counteract its declining political power.

In my view, consensus-driven leadership such as the one favoured by President Cyril Ramaphosa is critical to dealing with the political and socio-economic fragmentations bedevilling South Africa. For good effect, this should be combined with what German political philosopher and historian Jan Werner Muller calls “constitutional patriotism”. This is a set of beliefs and dispositions that promote a liberal democracy.

Mathekga concludes with the point that the ANC “will remain a force to be reckoned with”. He also argues that it “will not go quietly into the night”.

This is not far-fetched considering the opportunities the ANC has to devise new strategies to maintain its hegemony. These include exploiting a fragmented political space and weak opposition.

Indeed, exactly when its reign will end rides on what the party does or does not do between now and its elective conference in 2022.

For example, if Ramaphosa reemerges as its president and carries on quietly separating the party from the state, including building consensual leadership, he could get broad-based support to win the 2024 elections. This will be boosted by his upping the gear in the fight against corruption.

Reforming the economy to improve access, appropriating and redistributing land without hurting the economy, and creating jobs for teeming unemployed young people will also work in the ANC’s favour.

Finally, if Ramaphosa makes significant inroads in internalising democracy and debate in the ANC, which can produce a successor that is acceptable both within the party and other centres of power in society, such a candidate would win the 2029 elections. That would take the ANC to a new decade of dominating South Africa’s political landscape.

There are a lot of ifs. But it shows the extent to which the fortunes of South Africa are tied to the ANC.