Ever wondered how much it costs to open a burger franchise in SA?

Even though chicken remains the best-seller in the South African fast-food industry, burger franchises are catching up fast.

by Bianca Bassi
in Business & Finance 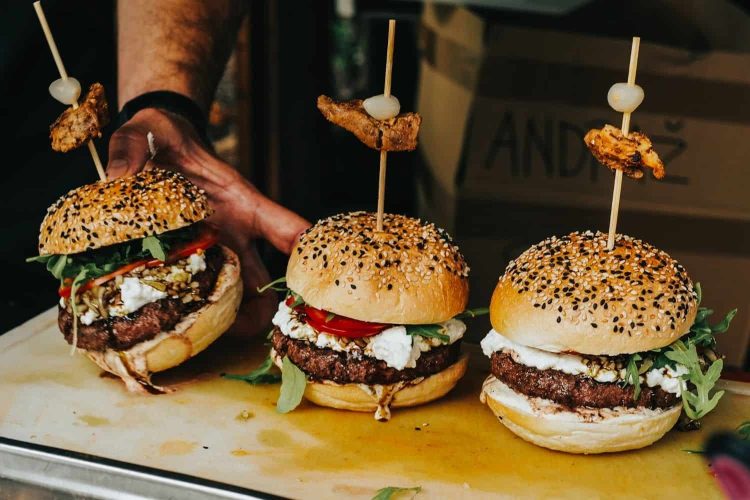 Ever wondered how much it costs to open a burger franchise in SA? Photo by Miha Rekar on Unsplash

The local quick-service and takeaway industry in reference to burgers has grown significantly in recent years. So much so that well-known franchises like McDonald’s and Steers have been challenged by newcomers like RocoMamas and Burger King.

For many, this might be a perfect business opportunity. It is possible to buy a burger chain business for under R2 million. And some franchises are even offering smaller and cheaper kiosk-type options.

Here’s what can be expected for you to open a Steers, RocoMamas, and McDonald’s in SA in 2021:

Steers has become one of the most popular homegrown burger chains in South Africa. There are 617 Steers branches in the country, of which 21 are new in the last financial year.

Despite a consistent opening of new stores, applications are still available for those interested. The franchise now offers a “standard” Steers, a chain with drive-through facilities, and a kiosk store option.

The first McDonald’s opened in SA in 1995, and since then, it has become one of the most successful and sought-after franchises. There are currently more than 300 McDonald’s located throughout the country, and roughly half are franchised.

Securing a McDonald’s branch of your own is challenging and expensive. The application process is quite stringent and involves a telephonic interview, an in-person interview, a personality test, as well as an on-the-job evaluation. Once you have passed these requirements, an in-depth interview will be held with the management team. And then you will have to undergo 12 months of unpaid training in an existing McDonald’s.

Once the application process has been finalised, franchises will need to pay R4 – R6 million to open a new store. The amount depends on the type and size of the store. And finally, the franchise agreement with McDonald’s lasts 10 years.

RocoMamas launched in 2015 and is 70% owned by the Spur Corporation. The brand has 75 stores throughout SA, with another in ten other countries across the world.

Should you be a RocoMamas franchisee, you will pay a monthly franchise fee of 5% of restaurant turnover as well as a marketing fee of 2%. In the case of full development of new outlets and any refurbishments or relocations, it is required from the franchisees to pay.

Opening a new RocoMamas branch in SA will cost around R4.6 million. At least 60% of this amount should be available, and a further R2.2 million sufficient surety to borrow the remainder.

Now that we’ve got your mind on burgers, try these Juicy Lamb Hamburgers!