Charges of Perjury for Bathabile Dlamini

After 3 years, the Constitutional Court is holding Bathabile Dlamini accountable for her reckless acts of perjury. 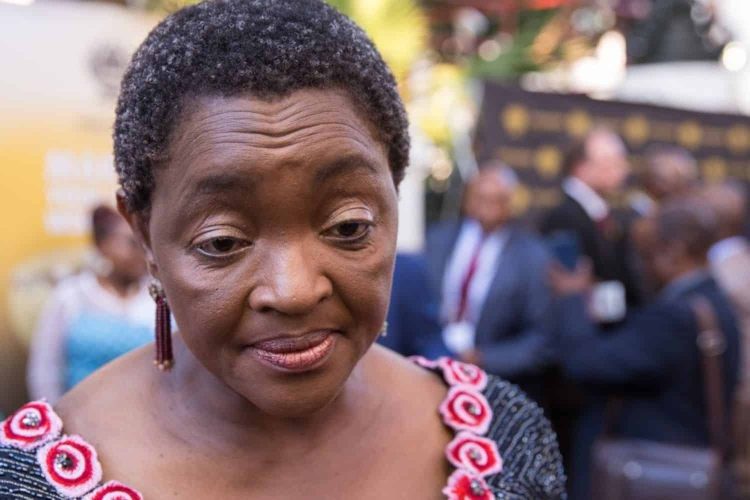 In 2018, following the Cash Paymaster Services (CPS) crisis, Bathabile Dlamini was accused of gross negligence and withholding information from the Constitutional Court. Now, 3 years later, the former minister of Social Development is facing charges of perjury.

Former Minister of Social Development Bathabile Dlamini will be in court on perjury charges next month.

In an 18 August letter to the Black Sash and the Centre for Applied Legal Studies (CALS), Advocate Rodney De Kock, Deputy National Director of Public Prosecutions, said that Dlamini would be tried for perjury, and alternatively for “contravening section 38(5)(b) of the Superior Courts Act, 10 of 2013 (giving false evidence)”. A summons has been issued, and Dlamini, who is head of the ANC Women’s League and an ANC National Executive Committee member, is to appear in the Johannesburg High Court on 21 September 2021.

In September 2018, the Constitutional Court found that Dlamini had deliberately kept information from the court and demonstrated “bad faith and at best reckless and grossly negligent conduct, both of which warrant personal costs against her”. This followed the Constitutional Court’s sharp rebukes on the Cash Paymaster Services matter, a near-implosion of South Africa’s social grants system.

The court ordered an inquiry, led by retired Judge Bernard Ngoepe, to determine whether Dlamini had lied, and whether she should be held liable for costs. Judge Ngoepe found the Minister had not only failed in her duties but had also failed to disclose information to the Court for fear of being held liable for the crisis in her personal capacity. His report describes Ms Dlamini as an “evasive” witness.

The Constitutional Court said Judge Ngoepe’s report strongly suggested that Dlamini had lied under oath in her affidavits to the inquiry. It said it would send the report to the Director of Public Prosecutions.

Three years later, the National Prosecuting Authority has determined that Bathabile Dlamini should be held to account.

The Black Sash, which brought the CPS challenge to the Constitutional Court, and CALS, which represented the Black Sash there and at the Ngoepe Inquiry, welcomed the decision as a “message that everyone is equal before the law and public officials must be held accountable for their actions”.

Rachel Bukasa, executive director at the Black Sash Trust, said, “This is a significant moment for holding public officials personally accountable for the execution of their duties and to protect the integrity of the social security system.”

Ariella Scher, attorney at CALS, said: “The decision to prosecute her for perjury sends the message once again that everyone is equal before the law and even those occupying some of our highest offices must be held accountable for their actions”.