Climate adaptation finance is ineffective and must be more transparent

In 2019, an international climate fund approved a ten year US$9.3 million project to support communities in the drylands of Mozambique that are affected by frequent droughts. 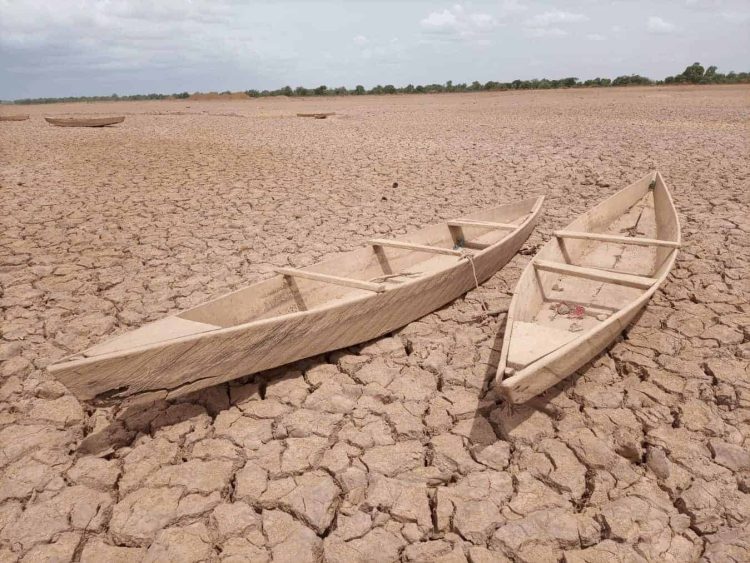 Photo by YODA Adaman on Unsplash

In 2019, an international climate fund approved a ten year US$9.3 million project to support communities in the drylands of Mozambique that are affected by frequent droughts. This money seems a lot, but it really is not much for a country also affected by other climate-related events such as cyclones. Indeed, the World Bank estimates Mozambique needs at least US$400 million a year to protect itself from climate change. The difference between the amount of money that developing countries, such as Mozambique, need and what they get from developed countries begins to highlight some of the problems related to financing responses to climate change.

Poor and developing countries will be hit hardest by climate change and will need money to adapt, for instance, by building walls to protect against rising seas and storm surges. But there are three key problems: available finance is not enough, the amount of money needed will continue to grow, and the money currently being spent is often making things worse.

Problem 1: Not enough money for adaptation

In 2009, rich and developed countries committed to setting aside US$100 billion a year to support developing countries to protect themselves against climate change. Initiatives that track this money show that developed countries have since set aside much less than that.

It’s hard to estimate the actual size of this deficit mainly because money that does not address climate change sometimes gets misreported. For instance, even though a loan provided by the government of France to the Philippines was used to pay off another loan, this money was still reported as finance for climate change. This means that reports are often based on overestimates.

However, researchers generally agree that developing countries are working with much less money than they need.

In January 2021, the UN Environment Programme published a report, which noted that the money available for adaptation was not increasing fast enough. The World Bank estimates that developing countries need about US$70 billion a year to respond to climate change. These costs will increase by at least 300% to US$200-300 billion a year by 2030 and US$280-500 billion a year in 2050.

Problem 3: Money not doing its job

An international group of researchers recently published a study that indicated that climate adaptation finance was not doing what it was supposed to do. Instead, they found evidence this money was actually making communities more likely to be affected by climate change.

This is because people who deliver this money to developing countries do not consider the reasons why these communities are affected by climate change in the first place, or what the communities need to protect themselves against climate change. The solutions offered are therefore likely to push communities into precarious situations that leave them more affected by existing or new climate problems.

For example, in the early 2000s, the government of Mozambique led resettlement initiatives to protect people living in floodplains from frequent floods. However, these resettlements left some households with limited sources of income and poorer than they were before their resettlement. This made the households more likely to suffer from other effects of climate change such as droughts or illnesses in the household.

My own research in Tanzania backs this up. There, I looked at an internationally funded project that prohibited cutting down mangroves, so that the mangroves would reduce coastal erosion by creating buffers against rising sea levels. However, the project overlooked the needs of poor households, who previously cut these mangroves and sold them or used them for cooking. Poor households were left with limited income to buy food which was becoming even scarcer due to the effects of climate change on fishing and farming. This project therefore exposed these communities to climate change in newer ways.

The International Federation of Red Cross and Red Crescent Societies (IFRC) also found that local institutions are usually excluded from decision making on how money for adaptation is spent. These institutions, such as indigenous groups, have a better understanding of how and why their communities are vulnerable to climate change and can better target their funding.

Transparency as a starting point

Greater transparency could begin to address these problems. People ultimately need to know who gets what, and how money is used once it is allocated.

Developed country governments do already regularly report how much money they are sending to developing countries for climate change, yet these reports do not provide detailed information on how this money is actually spent and whether it goes to the most affected communities.

For example, according to the OECD’s database, Italy sent US$1.3 million in 2012 to Mozambique to support agriculture, but information on whether poor communities benefited from this money is inadequate or missing altogether. My research in Tanzania has shown that even after this money is sent to developing countries, governments in these countries are likely to use this money to control what local organisations do, resulting in actions that are not in line with local needs.

This means that simply “following the money is not enough”. Institutions responsible would need to provide transparent accounts about not just how they are sourcing and allocating money for adaptation, but also whether (or not) this money is spent on communities’ pressing needs.

This is in line with growing calls for locally led climate change adaptation, which emphasise that, in the end, providing money for adaptation only matters if it is in sufficient quantities and protects communities in developing countries from climate change.