The face of humanitarianism is changing fast. Its values-driven, consent-based modus operandi frays in the face of so many threats. 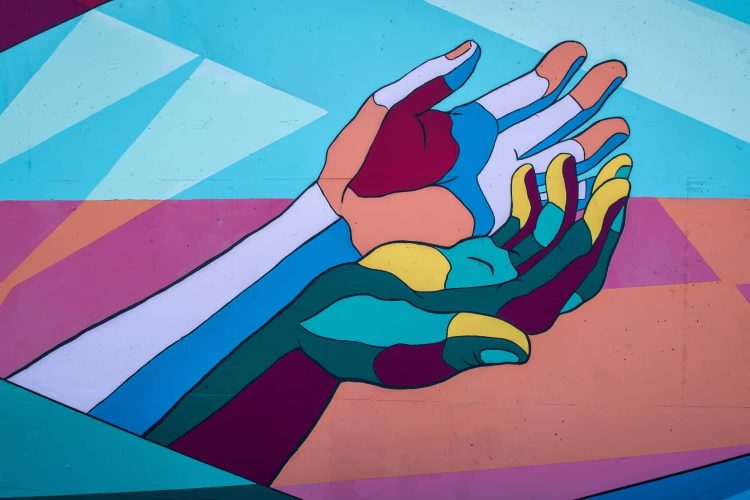 Photo by Tim Mossholder on Unsplash

The Ethiopian government has suspended the activities of three foreign humanitarian organisations which had been working in the Tigray region. Moina Spooner, from The Conversation Africa, asked Mukesh Kapila, a specialist in humanitarian affairs, to provide insights into the challenges humanitarian agencies face and what can be done to better support them.

What are the main political challenges that humanitarian agencies face when working in volatile environments?

Humanitarian agencies are often thrust into the heart of divisive situations. These are contentious crises without easy or quick solutions. Tools we may have turned to before, such as multilateralism – including the UN Security Council – seem to be paralysed nowadays. Diplomacy is generally ineffective and other UN-mandated interventions impossible.

Examples of these crises include Ethiopia’s Tigray conflict, the resurgence of the Taliban in Afghanistan, or resistance against Myanmar’s military regime.

In such situations, the core operating principles of humanitarian agencies – neutrality and impartiality – are little match for the egregious bad behaviour of warring groups hell-bent on achieving their objectives by any means.

The result is that humanitarian agencies are trodden-over and heavily pressured to co-operate with conflicted parties. Inevitably, compromises are struck to gain humanitarian access, and this can be manipulated as a war tactic. We see this with aid access controversies in Syria and Tigray.

In addition, part of the traditional humanitarian mission is to give ‘voice to the voiceless.’ But an agency doing that risks annoying one or other group, and suffers intimidation or expulsion. That means the end of any life-preserving help it was giving. A classic example was the arrest of Médecins Sans Frontières’ (MSF) Darfur Coordinator in 2005 over a report on the high numbers of rape victims received in its clinics.

There is always much internal angst among humanitarians: should we speak up or not?

When humanitarianism is politicised, trust and respect can be lost. This results in a vicious downward spiral. It starts with increased suspicion, diminished access, and even attacks on aid workers. This happened recently with MSF staff killed in Tigray.

What are the implications of humanitarian aid agencies being forced to stop operations?

Many crisis-affected people are remarkably resilient, and should not be looked down upon as victims. They are immensely resourceful and draw on mutual support networks. I saw this, for example, in the Nuba Mountains and Blue Nile where people survived for many years with little aid while under constant attack by the Sudanese government.

Nevertheless, there are always gross inequalities within crisis-affected communities. The most vulnerable -– the bottom 30% –- are extra fragile. This is because they do not have any spare capabilities or resources to deal with sudden shocks. Typically, they include the unemployed, child-headed households, the elderly or disabled. They are the worst affected by disasters and wars. Often external humanitarian aid is their only means of survival.

When wars are waged without limits, the prevalent social safety net of health, education, water, growing crops, shelter, and local services are often targeted to weaken the resolve and capacity of the enemy. This has happened in Syria, Yemen, and Tigray. The inevitable consequence is that the weakest are crushed first.

So, when humanitarian agencies are forced to stop operations – by political decision or huge physical insecurity – the most vulnerable succumb first through starvation and disease.

As the conflict goes on, the general population is affected with rising rates of hunger and malnutrition, breakdown of basic water and sanitation, collapse of health and social services. Death rates rise. For example since the current Tigray crisis started, 5.2 million have urgent needs including a million who are close to famine. Yet only 10% of necessary aid has been allowed to get into Tigray.

Tigray’s experience is not unusual. For instance, I saw this first hand in the genocidal war in Sudan’s Darfur region. In 2004, I was obliged to leave my post as UN Humanitarian Coordinator, when I spoke up publicly on the government’s obstruction of humanitarian operations.

Are there any legal mechanisms which can prevent this from happening?

We are not short of legal proscriptions. At the national level, most countries have laws to protect life and preserve human dignity. In addition, the military laws and doctrines of many countries include prohibitions on the violation of humanitarian installations or operations.

Countries have also universally recognised the right to provide humanitarian aid through creating – by parliamentary or other statutes – national Red Cross or Red Crescent organisations. These are not “ordinary NGOs” but special auxiliaries to national authorities.

But when a state authority itself is party to a conflict or perceives itself to be under grave threat, it can suspend constitutional guarantees and legal safeguards. We have seen that in the mass arrests and disappearances of people of Tigray origin inside Ethiopia.

When there is no credible domestic remedy for deliberately-placed constraints on humanitarian access and assistance, international laws –- to which most countries have signed up – are a fall back.

In the modern age, the Geneva Conventions on international humanitarian law prohibit attacks on humanitarian operations and workers. The Rome Statute of the International Criminal Court criminalises such aggression in the context of war crimes. And the UN Security Council Resolution 1502 protects humanitarian personnel and access.

There are several other similar treaty laws. For example, the Kampala Convention prohibits attacks on relief work.

Such international treaty-based laws may have a broadly positive effect because of the fear of prosecution under national and international laws. However, this is more theory than practice. There are few examples of successful accountability. The constraint is in bringing transgressors physically to the courts. This is because states are often implicated themselves and unwilling to be held accountable.

There is slow, but steady, progress in prosecuting perpetrators of war crimes. However, there is no equivalent advancement of justice in relation to the specific transgressions of the right to give and receive humanitarian aid.

What can be done to ensure humanitarian agencies continue to help people in politically volatile situations?

There are no easy solutions. A ‘zero tolerance’ policy needs a multi-pronged, long-term approach.

First, there could be better data collection and monitoring of humanitarian violations to understand patterns and trends. This would inform tailored strategies in particularly problematic contexts.

Second, humanitarians must work professionally and resist political manipulation and intimidation as courageously as possible. This needs better training and organisational management. It also means preparing-for inherent risks – including to life and limb – that come with operating in volatile contexts. Modern humanitarian practice is not for the faint-hearted.

Third, politicians, law-makers, and legal practitioners must extend current frameworks – especially on where and how alleged offences are tried – to reduce the bureaucratic and physical spaces where perpetrators can hide.

Fourth, the public can help by standing up more to egregious misbehaviours that threaten humanitarianism. This can be done through expressing outrage, lobbying political policymakers, and supporting reputable journalists and investigators who expose wrong-doings.

In conclusion, the face of humanitarianism is changing fast. Its values-driven, consent-based modus operandi frays in the face of so many threats. Reclaiming that noble mission will be a long and uncertain endeavour.