COSATU is mobilising its 1.8 million members to call for the private sector to stop exporting cash out of South Africa. 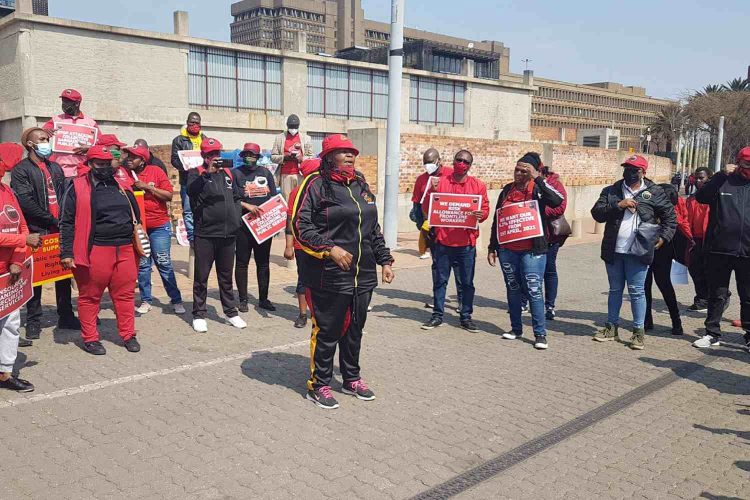 The Congress of South African Trade Unions (COSATU) is gearing up to launch a nationwide protest at a time when the steel and engineering industries are facing millions of rand in losses due to the ongoing NUMSA strike.

COSATU protest: When will it take place?

If COSATU proceeds with its plans to launch a national shutdown on Thursday 7 October, South Africa’s mining industry could face a tumbling that’ll be near-impossible to recover from.

According to a statement released by the trade union on Tuesday, more than 1.8 million workers are being mobilised to down tools from Thursday, and join fellow comrades on the streets in an effort to increase calls for a number of demands.

COSATU noted that the national shutdown will be in line with COVID-19 protocols under Level 1 lockdown. However, under this adjusted alert level, outdoor gatherings, political or not, are limited to a maximum of 2 000 people.

“We remind workers that this strike is taking place under Covid-19 restrictions, and we urge all our members and the broader society to continue to take precautions. We encourage them to vaccinate because this pandemic can only be defeated through unity and cooperation,” the statement read.

What is COSATU demanding?

According to COSATU, Thursday’s demonstrations will target leadership in the public and private sectors. The messaging around the protest will be to urge government and private sector stakeholders to find more progressive solutions to pulling South Africa’s economy out of the rut.

“The federation is issuing a call to all workers and South Africans to join the strike on Thursday. They can either join the planned activities across the country or withdraw their labour by staying at home on the day,” COSATU urged.

This a list of demands from the trade union:

“Workers need to unite and take the lead in the fight against this looming collapse and push back against private-sector greed and the mismanagement of the country by the government,” COSATU exclaimed.