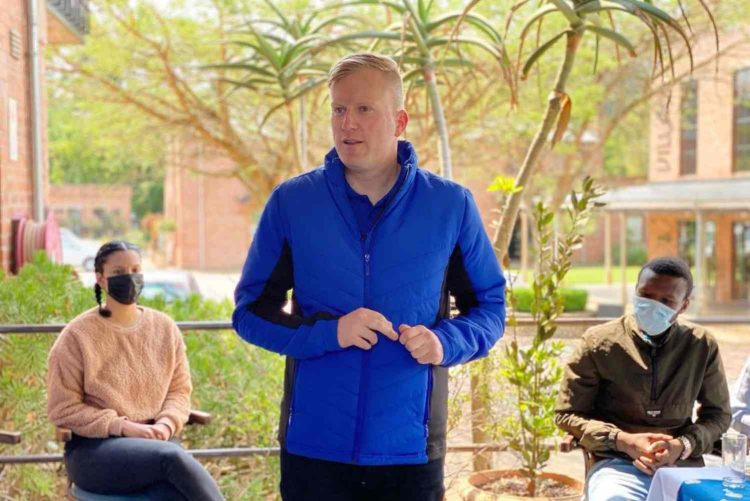 The Democratic Alliance (DA), with its tail wiggling between its legs, has decided to take down the controversial ‘Phoenix heroes’ posters.

Dean Macpherson, chairperson of the DA’s KwaZulu-Natal (KZN) constituency, released a statement confirming that the posters would no longer go up around Durban.

Macpherson took responsibility of coining the idea to lead the party’s election campaign in KZN with the horrific events that took place in the Durban suburb in July.

“In my sincere effort to honour the bravery and heroism of law abiding citizens who were left to fend for themselves during the July riots and insurrections, the posters have regretfully caused hurt to some people. I am deeply sorry and apologise for this,” he wrote.

At least 36 people were killed in an encounter that’s been tagged the Phoenix massacre. More than 30 suspects face various charges linked to the deaths of innocent passers-by from neighbouring informal settlements and till this day, the region has been divided along racial lines.

The campaign posters that drew ire from social media were used as an opportunity to smear the ANC as a racist organisation targeting Phoenix’s Indian community.

“The ANC called you racist. The DA calls you heroes,” the placards read.

Francois Rodgers: "The killing of any humam being to that extent should be called a massacre and treated as that.” pic.twitter.com/M3FepiNPAt

According to Macpherson, this was, in no way, a direct show of support to vigilantism.

Macpherson’s statement comes after DA leader John Steenhuisen faced backlash over his handling of questions related to the poster saga.

Backed by a blue wall of DA ground forces, Steenhuisen was caught napping when he made jokes about a man who killed in the massacre.

Samkele
Do you know Mondli Majola? He was killed in #PhoenixMassacre by racists, his court case is today. Your posters call those vigilantes heroes

Hours before Macpherson doubled-back, Steenhuisen maintained that the entire message of the posters was misunderstood.

This black guy standing next to John Steenhuisen busy shaking his head….his a disgrace to our black society 👎👎😭😭 John apologize to families who lost their loved ones during #PhoenixMassacre . pic.twitter.com/a8J04mEEnS

Of course, after this press appearance, Macpherson announced the retraction of the posters, stressing that “the DA is a party of non-racialism and it was never my intention to cause any other perception.”

“I remain steadfastly committed to all people in South Africa, united in our diversity, and our campaign will continue to show South Africa that only the DA can and will get things done.

“My singular focus is to continue to guide KZN towards the election in three weeks’ time,” Macpherson said.