President Ramaphosa conveyed a message to all ANC election candidates after community members complained that their preferred candidates were not listed. 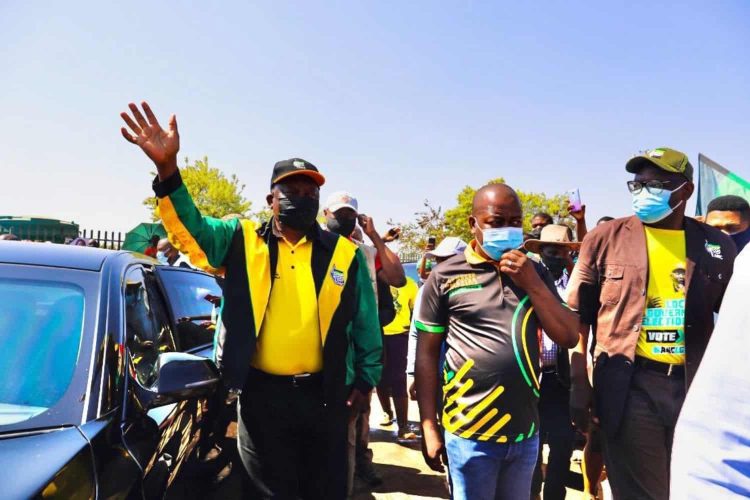 On Sunday evening, President Cyril Ramaphosa gave a strong message at a media briefing in Parktown, Johannesburg. “ANC election candidates need more than just popularity. They need the backing of communities, the necessary skill set, right work ethic and moral aptitude to be considered as councillors and, more importantly, as mayoral candidates.”

A more rigorous selection criteria is now in place

According to Ramaphosa, in the past, ANC provincial executive committees would nominate candidates and mayors based on popularity. However, the ANC has put more rigorous selection criteria in place. This requires candidates to first be endorsed by communities.

“If you are the popular one and number one on the list, it doesn’t mean you are guaranteed the mayorship. This is a new era we are ushering in,” Ramaphosa said.

Now candidates undergo an interview process where “the most qualified and not the most liked emerges as the preferred candidate”.

“In choosing candidates for the next term of local government, the ANC was determined that we should deepen community participation in the process and assign oversight of the selection process to an electoral committee led by the elders of our movement.

“We want candidates who enjoy the confidence of the people they are expected to serve, who are rooted in communities and who have a strong record of service. We want our candidates to reflect the great diversity of the South African people, reinforcing the reality that the African National Congress – more than any other political formation in our country – represents the interests and the aspirations of the South African nation,” said Ramaphosa.

“These 4 937 PR candidates and 4 468 ward candidates went through a rigorous and robust democratic process to select the most capable and committed representatives to work with the people of this country to build better communities,” said Ramaphosa.

Earlier on Sunday, Ramaphosa was met by angry residents in Ekurhuleni. They wanted to know why their preferred candidate was not on the list. Reportedly, a candidate not selected by them had made the final ANC list.

“We must acknowledge that the selection process was not without its difficulties,” Ramaphosa said in response. He added that there were “several disputes” regarding the process. As well as “allegations of undue interference, and isolated acts of violence and intimidation”.

However, Ramaphosa proceeded to assure communities that “for the most part”, the listed candidates were “democratically elected through an inclusive, free and fair processes”.