There are reasons why English culture, and especially film, prefers the image of the underdog. English cinema trades in its comic “smallness”. 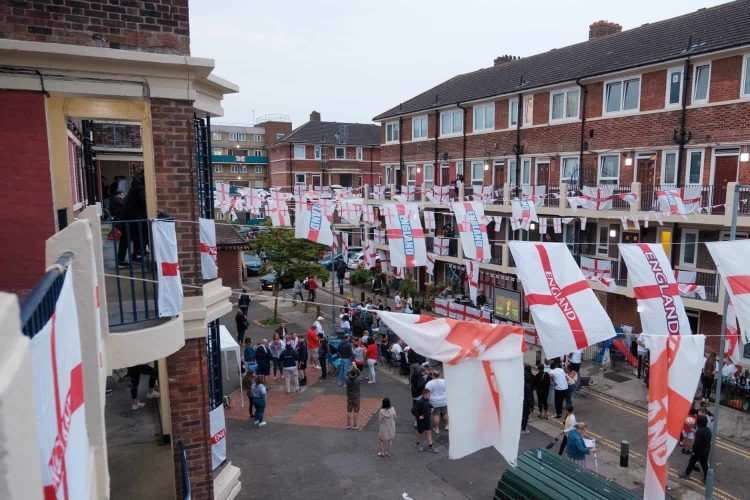 You only need to watch a few sports movies to see how England’s filmmakers view their sporting nation. Whether in improbable fairy-tale victory (Wimbledon, Fast Girls), gloriously eccentric failure (Eddie the Eagle) or a triumph of the English spirit over unscrupulous invaders (Aardman’s Early Man or Escape to Victory). And let’s not forget that, for years, the theme from The Great Escape has been the song of choice for travelling English fans. What does this tell us? That England are the perennial underdog, moral victors if nothing else, doomed, as that other song puts it, to endless “years of hurt”.

As someone who studies how sport is portrayed on screen, I’m aware this is a persuasive myth and, like most myths, a convenient one. It’s also, now, untrue: there’s Lewis Hamilton in Formula One; world heavyweight boxing champion Anthony Joshua; Chris Froome in the Tour de France; England’s World Cup-winning cricket team; not to mention a GB Olympic Team whose medal tally in Rio 2016 was bettered only by the US. Is this the image of a sporting “underdog”?

But hold on. England’s men’s football team, in the final of Euro 2020, the last hurdle, have fallen to defeat at the hands of Italy. The years of hurt go on. Or do they?

A ‘European’ team at last?

Let’s put things into perspective. England’s first major final since 1966 was built on the foundations of the 2018 World Cup, where they reached the semi-finals, following their disastrous 2014 World Cup and Euro 2016 campaigns. Euro 2020 is the next step up from an already solid base of recent success.

Much more significant, though, is the way England got to the final – and what this now says about the England team. I’m not (just) talking here about taking the knee – although we’ve certainly seen a new confidence among the players and their manager in representing a comfortably modern and multicultural nation. I’m talking about how, once the game begins, these English players don’t actually play like “England” anymore.

For the last five minutes of the semi-final against Denmark, England protected their one-goal lead not by bulldog defending, but by intelligent and calm possession of the ball. They played, in other words, not with the desperation of older England teams, but more like their mainland European rivals. But it’s hardly surprising if they’re imitating the players of continental neighbours: they play with them every week in domestic leagues.

“Home-grown” young talents, meanwhile, like Phil Foden and Mason Mount, trained in academies built on successful principles learned from Spain, France and Germany. Defender Kieran Trippier actually played for Atlético Madrid in Spain; rising star Jadon Sancho, until recently, for Dortmund, Germany. Is it any wonder that this England team is suddenly starting to emulate its more illustrious rivals? No, but it isn’t sudden either.

Like any sporting transformation, it takes about ten years – a generation – to see the impact of change. For much of this England side, the failures of even the recent past are already childhood memories.

There are reasons why English culture, and especially film, prefers the image of the underdog. English cinema trades in its comic “smallness”. Eddie the Eagle comes last, but wins the hearts of the crowd and the nation. Dug’s team in Early Man lack their opponent’s wealth and stars, but at least they don’t cheat. Overcoming the odds also makes for a better, much cuter story. But in this new era of English sporting prowess, don’t we need new stories to go with it?

There is a new story here, of course, and it’s not one about resisting “invasion”. It’s about the merits of being “invaded”, at least culturally. England’s progress, in the first major tournament after Brexit, is not a tale of island self-sufficiency.

It’s a fable about learning from, and even working with, our overseas “adversaries”, and embracing, too, a more fluid idea of what it means to be English in a multicultural society – which the team is certainly representative of. It’s a more complex story than the myth of the underdog. But it also happens to be true.

Whether or not English cinema wants to forgo the clichés of the sports genre, and reflect these truths, remains to be seen. After Euro 2020, though, our sporting stories need to catch up with reality, and put the fairy-tales to bed. English children, knowing mostly sporting glory, won’t be fooled by them anyway.