The 69-year-old was a renowned activist for women and children's rights. 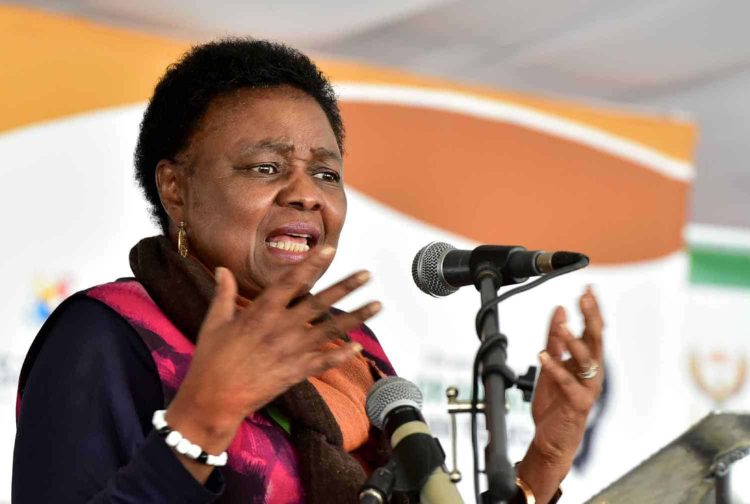 Hlengiwe Mkhize dies: What’s the cause of death?

At this time, no statements from the Mkhize family nor the ANC have been released with more information on the cause of her death.

The Department of Women, Youth and Persons with Disabilities issued a short message on social media, confirming the 69-year-old’s passing.

“It is with great sadness and grief that we confirm that Deputy Minister in the Presidency for Women, Youth and Persons with Disabilities, Professor Hlengiwe Mkhize passed away this morning, 16 September 2021. Our prayers go out to the Mkhize family. May her soul rest in power,” the tweet read.

Tributes pour in for ANC veteran

Mkhize’s career as a political leader in the ANC stretches more than three decades. Following her stint as a highly qualified scholar in psychology, with a Masters degree in Clinical Psychology obtained at the University of Zululand in 1981, Mkhize was recruited as a member of the political party’s branch executive committee in Diepsloot and Sandton.

Towards the latter end of her career, the 69-year-old served in the following high-profile portfolios:

Since the news of her passing surfaced on social media, tributes have poured in for the 69-year-old. Here are some of the messages we picked out from the trending topic:

May the Soul of the Deputy Minister of Youth, Women and Persons Disabilities in the Presidency Prof. Hlengiwe Mkhize rest in peace.🕊️🕊️#KuzondlulaMotivationalTour | Hlengiwe Mkhize | Zuma pic.twitter.com/zJ447uED6P

Saddened to hear about the loss of a dear comrade, colleague and friend. Dr Hlengiwe Mkhize. Still trying to process these news.
Sincere condolences to her family, children, grandchildren and all loved ones 💔🙏🏽 pic.twitter.com/8RjL2iVipG

Shocked beyond words💔Heartfelt condolences to loved ones and colleagues of the late Deputy Minister Prof Hlengiwe Mkhize #RIPHlengiweMkhize 💔💐 pic.twitter.com/PvpOeb3hto

We are deeply sadned by the news of the Minister's passing 💔 we shall celebrate the life she has lived, including her contributions towards the social, economic & political emancipation of womxn. May her soul rest in Power! #RIPHlengiweMkhize #HlengiweMkhize https://t.co/quUEEoR2WD

Devastating news this morning with the passing of Deputy Minister in the Presidency, Professor Hlengiwe Mkhize. This is a huge loss for our country. She was a true servant of the people. My condolences to the family, colleagues and friends of Professor Mkhize. Hamba Kahle Prof. https://t.co/BAy6Thob4A