Taxi occupants burned to death in a multiple vehicle collision which happened on the N3 Southbound between Peter Brown and Chatterton Road off ramp in Pietermaritzburg, KwaZulu-Natal. 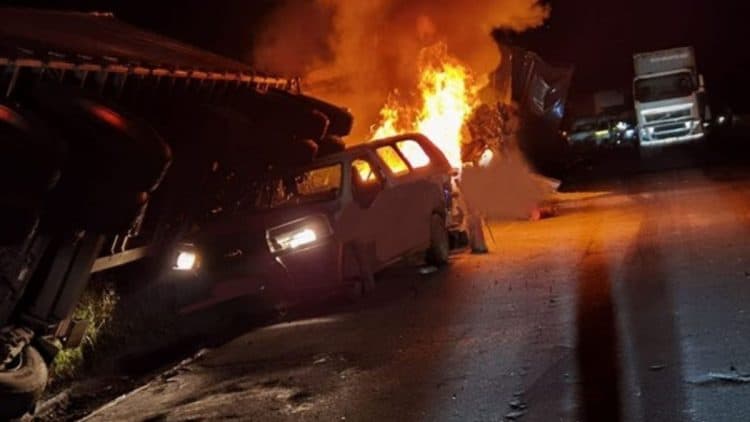 The vehicle collision which involved nine vehicles reportedly happened just after 03:00 on Saturday, 28 May.

According to Shawn Herbst, the Netcare 911 spokesperson, two trucks, a bakkie, two minibus taxis and five other cars were involved in a collision which resulted a fully laden taxi bursting into flames and with passengers inside.

“When rescuers arrived on scene, the fire had spread to other vehicles and had engulfed the  taxi with all its occupants,” Herbst said.

On the scene, SAPS, Traffic Police, Fire and Rescue Services, SAPS Search and Rescue and various ambulance from both private and government were all present at the horrific scene.

Herbst said another vehicle collision happened on the northbound side of the road while efforts were underway to help injured people from the fatal crash that claimed the lives of all the passengers who were in the taxi which was engulfed in flames.

“It is not yet known how many occupants were in the taxi at the time, but they have sadly all been burned to death. Multiple other motorists were injured and are being treated by medical personnel from multiple ambulance services, and an official number has not yet been determined,” Herbst said.