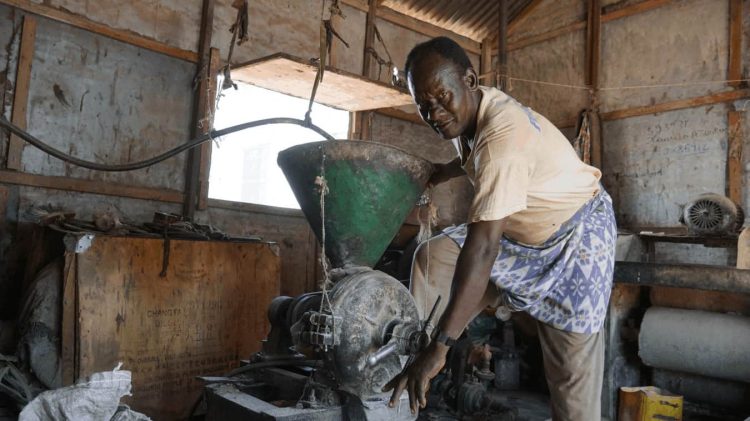 Somalia’s president, Mohamed Abdullahi Mohamed, has extended his stay in office for two years. His four-year term expired after the country postponed its presidential and parliamentary elections – which were scheduled for February 8, 2021 – indefinitely. The Conversation Africa spoke to risk and security specialist Dr Mohammed Ibrahim Shire, who analyses the developments and explains their impact on peace and security in Somalia.

What are the political implications of this decision?

Somalia has five federal states – Galmudug, Hir-Shabelle, South-West, Puntland and Jubbaland. Each state is a veto player. This means that all it takes is the disagreement of a single state to create a deadlock. It is Puntland and Jubbaland’s opposition that has created the election impasse over the past seven months.

Puntland and Jubbaland prefer the indirect model wherein traditional elders and civil society representatives choose special delegates who are then nominated to the houses of parliament.

Essentially, all parties had broadly agreed to the indirect election model in September 2020. But they disagreed on how to implement it. Puntland and Jubbaland presented a set of new electoral issues. The president and his allies in Galmudug, Hir-Shabelle, South-West preferred that the election went ahead without revisiting and revising on the agreed electoral model.

Thus, the implementation disagreement was based on three contentious issues: the credibility of the federal indirect elections team, conducting elections in Gedo, and questions around who would manage voting for the Somaliland seats.

By extending the president’s term, the lower house put these issues to rest. It cancelled the September 2020 agreement and directed the National Independent Electoral Commission to organise elections in two years based on a one-person-one-vote system.

They could also undermine the one-person one-vote model, which they claim was considered without their consent. The federal government could then retaliate with countermeasures such as withholding federal funds. This tit-for-tat strategy could last until the end of the new extension, depending on how far they go.

Second, the leaders of both Jubbaland and Puntland remain hugely unpopular within their respective regions and are contending with local opposition to their leadership.

Third, the extension of the president’s term is drawing strong criticism from the US, the UK and the European Union. This has drawn ire from local Somalis who are interpreting the criticism as an attack on Somalia’s sovereignty.

What is the context in which the decision was taken?

The president’s extended mandate came after efforts to broker an election agreement between the federal government and federal member states failed on April 7, 2021.

Back in September 2020 both sides had agreed to hold parliamentary and presidential elections through indirect voting. But they disagreed on when and how the vote would be held.

The Puntland and Jubbaland federal member states have argued that the indirect voting agreement cannot be implemented until new conditions are met. These conditions include direct supervision from Somalia’s international partners, the sacking of key election officials, and the formation of a national transitional committee that will organise the elections.

Conversely, President Mohamed – popularly known as Farmaajo – and the leaders of the remaining three federal member states maintain that all parties should implement the September 2020 electoral model without any conditions.

Both sides have refused to compromise.

For months, international pressure has failed to end the stalemate. Indeed, the entrenched positions by all parties could potentially drag out the impasse for months, even years. It’s against this backdrop that Somalia’s lower house of parliament decided to flex its muscle to break the deadlock.

On April 12, the house opted for a one-man-one-vote election. In so doing, they extended Farmaajo’s term until such time as the election can be held.

Did Somalia’s lower house of parliament overstep its authority?

Beyond that, Somalia’s provisional constitution stipulates that the incumbent parliament is the authoritative institution until a new parliament replaces it. The lower house still has the responsibility to avoid a power vacuum and prevent the country from sliding back to its violent past.

On the downside, the law places parliament in a position where it can continually extend terms if it believes that the initial extension didn’t improve the situation.

What are the security risks?

The simmering political disagreement between the federal government and some of the federal states will not significantly affect the sustained counter-insurgent campaign against Al-Shabaab.

The reasons are twofold.

First, Somalia has moved on from the days where disgruntled warlords and politicians used their clan militias as leverage to stoke civil unrest or veto adopted agreements. The country has made considerable strides in reforming its ailing security sector.

Second, Al-Shabaab has been on the back foot since 2017. In recent times it has not been able to regain the kind of attacks it deployed in its heyday.

Somalia’s security forces have capitalised on this by making considerable gains in capturing territories and repelling Al-Shabaab assaults.

Nonetheless, Al-Shabaab remains a potent and highly adaptive militant group. It has compensated for its inability to conduct sustained attacks inside Mogadishu by making inroads into less secure areas. It has also begun to exploit rifts within political circles to gain more recruits.

What is the likelihood of direct elections in two years?

Although it has been polarising, the parliament’s move to extend Farmaajo’s term has presented a practical road-map to hold direct elections for the first time since 1969.

Both options fall within the time scale of Farmaajo’s extended term.

However, these options come with a caveat. The majority of federal member states have generally welcomed the extension of Farmajo’s mandate in the run-up to direct elections.

But Puntland and Jubbaland might take measures to derail the push towards direct elections. And this might include refusing to register voters.