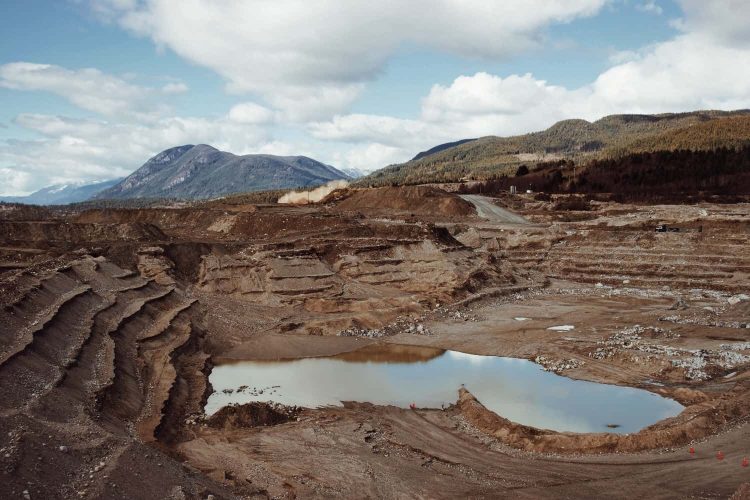 Photo by Aedrian on Unsplash

Countries with abundant natural resources – gold, diamonds, crude oil– often fail to transform that advantage into favourable development outcomes. This is known as the natural resource curse. Countries like Nigeria, Angola and the Democratic Republic of Congo are often cited as examples.

Several explanations have been offered for the resource course. These include the lack of government accountability usually associated with large windfalls from natural resources relative to other sources of tax revenues. Others are an increase in the local currency against major currencies such as the US dollar, which makes it difficult for other sectors of the economy to compete globally. This is referred to as the Dutch Disease, named after the economic crisis that hit the Netherlands in the mid-1970s after the discovery of oil in the North Sea.

A related problem, but one that has received less attention, is the fiscal resource curse. It refers to the inability of a country well endowed with natural resources to generate domestic revenue from other sectors of the economy. For example, between 2000 and 2010, resource revenues in Angola stayed above 20% of GDP compared to a non-resource tax level of about 7% on average.

But the fiscal resource curse need not be a foregone conclusion for developing countries. A recent study finds tentative signs that China’s approach to trade with resource rich African countries might be the answer.

China has been offered bilateral infrastructure investment deals to resource rich countries. For instance, China “pays” for some of the commodities by investing in the supplier country’s infrastructure. This has been a common approach in several African countries, including Angola, Sudan, Nigeria and Ethiopia.

There is no consensus in the economics literature on the relationship between natural resource abundance and domestic revenue mobilisation. Nevertheless many studies suggest a tradeoff between revenues from the natural resource sector versus those from other sectors.

Our study investigated whether natural resource revenues displace non-resource tax revenues in developing countries. Its novel contribution is that it explores the impact of China. This is specifically about China’s extensive involvement (as a buyer) in the natural resource trade since joining the World Trade Organisation (WTO) in 2001.

We examined whether China’s entrance into the global trade has affected the relationship between natural resources and domestic revenue mobilisation.

We do not find consistent evidence of a negative relationship between natural resource revenues and tax revenue mobilisation from other sectors. The key implication is that natural resource abundance need not translate into a curse.

In our study we used a unique global dataset that separates domestic resource revenues and non-resource revenues. The database was developed by the International Centre for Taxation and Development. It is hosted by the United Nations University. We also used data from the World Bank’s World Development Indicators and the International Country Risk Guide.

We analysed a sample of 45 developing countries with data covering the period 1980-2015. More than half of these countries are African.

The period after 2001 was marked by growing commodity trade and rising commodity prices. These were triggered by China’s rising demand for crude oil and metals. For example, China’s global demand for metals increased to about 40% of total demand after 2001 compared to a paltry 3% before. Africa satisfied a third of China’s energy requirements.

Without accounting for China’s role, we find that a negative relationship between natural resource revenues and non-resource tax revenues. In other words, developing countries don’t appear to raise taxes outside the resource sector when commodity prices are high and resource revenues are growing. But robust statistical analysis suggests that it’s not so simple.

On average, a percentage point increase in resource revenues triggers a non-resource tax revenues increase of about 0.3 percentage points for the countries and time period of study. However, the relationship is not strong, statistically.

A plausible explanation could be how developing countries take advantage of China’s demand for natural resources. In return for primary commodities, China offers a bilateral infrastructure investment strategy. This often compensates for the financial market and governance challenges that developing countries face. For instance, China “pays” for some of the commodities by investing in the supplier country’s infrastructure. This has been a common approach in several African countries, including Angola, Sudan, Nigeria and Ethiopia.

China’s development of infrastructure in these countries could be stimulating the growth of their non-resource sectors. Infrastructure is one of the key bottlenecks for private sector growth. In turn, private sector growth can help these economies diversify the economic base and increase non-resource revenues. Thus, increasing natural resource revenues need not displace sound tax policy. Tax revenue mobilisation in the non-resource sector need not suffer.

The lack of a highly statistically significant positive relationship deserves comment. First, even if the China shock makes a difference, developing the capacity to tax in developing countries takes time. Moreover, one should not expect China’s natural resource trade model with developing countries to automatically guarantee favourable outcomes in every case.

Indeed, the burgeoning literature on China’s involvement in Africa paints a mixed picture. For example, despite the potential benefits of infrastructure projects, there are concerns with the opacity of Chinese contracts and the quality of the projects. Some governments also worry about the cost of natural resource-backed loans. Furthermore, many developing countries lack the capacity to manage infrastructure projects effectively.

Overall, our analysis shows that there isn’t strong evidence that natural resource revenues displace non-resource tax revenues. Investments in infrastructure in developing nations on the back of natural resource windfalls could help diversify economies and government revenue. This offers policymakers an opportunity to broaden the tax base and maintain a relatively stable tax rate. It also puts something in domestic revenue buckets even when the oil wells run dry.