Zuma sent shots at Cyril Ramaphosa and the apex court in his response to last Friday's rescission dismissal. 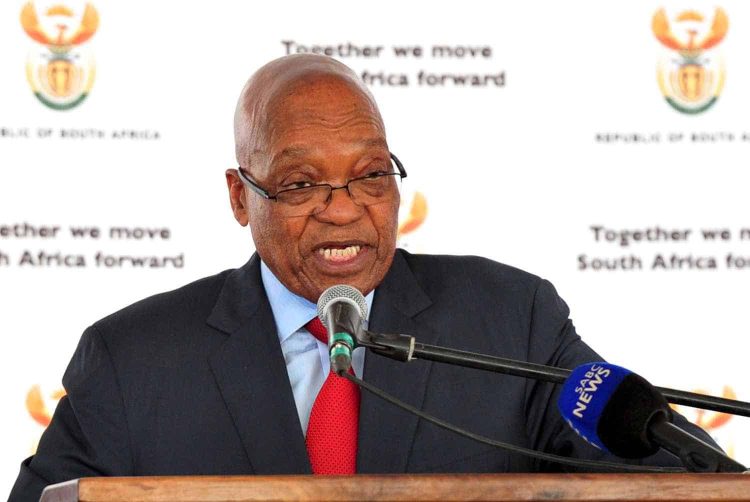 Former president Jacob Zuma gathered the strength, in the midst of his alleged illness, to pen a lengthy open letter where he categorically claimed that South Africa was no longer the democracy he and the likes of Nelson Mandela fought for.

In fact, the parolee opened his remarks with a bold statement. According to Zuma, history will vindicate his belief that “South Africa today is in the process of changing from a constitutional democracy to a constitutional dictatorship.”

His reference for such a dangerous assertion is the court loss he suffered on Friday 17 September, when the majority of the Constitutional Court’s bench dismissed his rescission application.

“Many of our people are blind to this reality at this point because they have been successfully hypnotised by the long-standing anti-Zuma narrative. It is perhaps convenient or even befitting for others that the laws of this country be repeatedly bent and manipulated when dealing with Zuma,” the former president wrote.

Zuma harkened back to the inception of the Commission of Inquiry into State Capture as one of three reasons to support his claim that the laws were engineered to oppress him.

In the open letter, he questioned former Public Protector Thuli Madonsela’s decision to recommend for the inception of the inquiry instead of handing over the investigation to her successor, Busisiwe Mkhwebane.

According to the former president, Madonsela, along with Judge President of the Gauteng High Court, Dunstan Mlambo, President Cyril Ramaphosa, Chief Justice Raymond Zondo and other high-ranking justices from the apex court had colluded to ensnare him in State Capture.

From his perspective, every charge laid against him was an attempt to assassinate his character and destroy his social standing, by any means necessary.

“Most astounding of all though, is how the Constitutional Court has for the first time ever stated that it does not have to consider international law as directed by Section 39(1)(b) of the Constitution. It is a very sad day in our history to observe how those we have entrusted with the Constitution.

“I have been rebuked for my public comments about the conduct of certain members of the judiciary and I do not understand why. It is my constitutional right to publicly critique judges the same way they have a right to critique me as a politician,” Zuma asserted.

Was the ConCourt biased against Zuma?

In his open letter, the former president does not, at any juncture, directly respond to the apex court’s reasons for its dismissal.

The contempt charge, and other subsequent dismissals that followed, including the latest one, had nothing to do with Zuma’s critique of the judges.

In fact, the former president’s wild claims about tainted judges only provided fuel for the inquiry in its argument for a conviction.

On Friday, Justice Sisi Khampepe explained that in considering the rescission application, the act of which was only accessible to the former president due to his social status in South Africa, two factors were in contention:

On the basis of these considerations, the majority of the apex court’s bench found that Zuma did not provide anything new to challenge the fairness of the contempt conviction.

“Mr Zuma has not met the statutory requirements of a rescission. Rule 42 stipulates that a court may rescind or vary an order or judgment erroneously sought or erroneously granted in the absence of any part affected thereby. It is trite that an applicant who invokes this rule must show that both grounds exist. Far from persuaded by Mr Zuma’s submissions, the majority finds that although Mr Zuma’s physical absence cannot be disputed, the words granted in the absence of any party affected as they appear in rule 42 exist to protect litigants whose presence was precluded, not those whose absence was elected,” the court ruled.

Justice Khampepe reminded the court that Zuma “knew of the relief the commission sought, despite this, he elected not to participate.”

Coincidentally, the former president’s courtroom showdown continues on Tuesday, at the Pietermaritzburg High Court, where he is challenging for the recusal of State prosecutor Advocate Billy Downer.