Kagiso Protest: One man confirmed dead as protesters clamp down on illegal miners 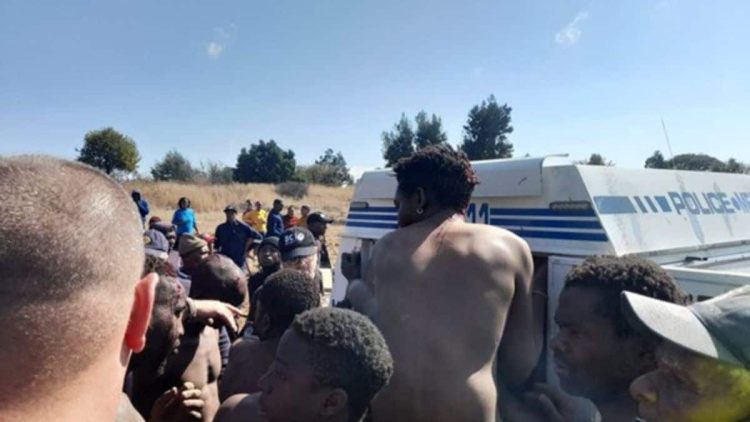 Aggrieved Kagiso residents have blamed the police for the death of a man who was found dead during a protest against illegal miners in the area.

Mogale City Mayor Tyrone Gray confirmed that one person had died and police were investigating the death.”

“There was a casualty and somebody lost their life. I cannot confirm if it is a zama zama (illegal miner). The area has been cordoned off and it is currently a crime scene,” Grey said.

“I don’t want the community to take matters like this into their own hands, it leads to elements of vigilantism and the zama zamas are often heavly armed and better trained in that environment. It places the community at an incredibly dangerous point,” Grey said.

He added that the community should rather give the police tip-off on illegal mining in the area so they can conduct operations.

Angry Kagiso residents took to the streets on Thursday morning and blocked entrance and exit routes to the township, demanding that the old mine shaft to be closed in the West Rand. The protesters took it among themselves to go and look for the illegal miners.

This follows the gang rape and robbery of eight women in Krugersdorp who were part of a production crew, shooting a music video at the mine dump in West Village, Krugersdorp last week. The suspects are believed to be from Lesotho and they are alleged to be armed.

Hundreds of residents in Kagiso gathered and organised themselves into different groups and went off to look for the illegal miners around the community. The protesters managed to find some people who are alleged to be zama zama’s took them to the police, some of which were made to walk naked.

The protesters who accused the police of opening fire on them without provocation. The police have been accused of not doing their jobs to arrest the illegal miners.