Following the news that Zuma may be heading back to prison, threats of another unrest came to light, however, security is on "high alert". 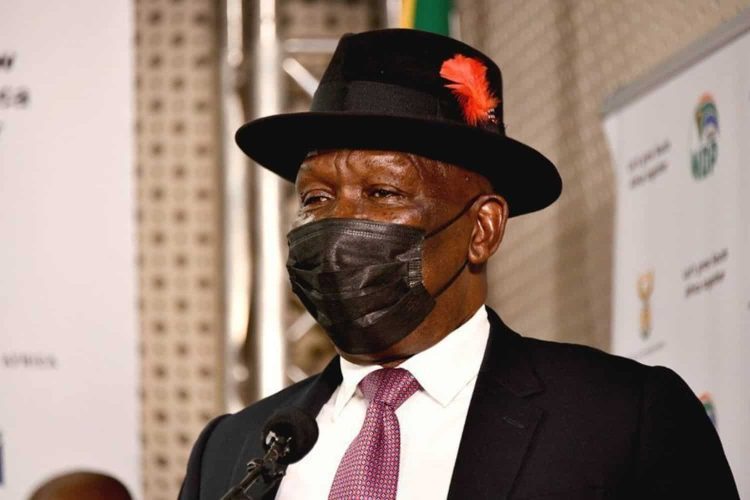 Minister Cele ensures that security will be on "high alert" in light of threats of unrest over Jacob Zuma. Image: Twitter @JacaNews

The former president was in Estcourt prison for less than two months when he was granted medical parole. However, if his appeal to the Supreme Court of Apeals fials, he could be back in prison sooner than he thought.

After the Durban looting and unrest in July, South Africans are now starting to fear the possibility of a renewed unrest if Zuma goes back to prison.

However, Police Minister Bheki Cele, assured the country that security forces are staying vigilant and prepared.

“As the cluster, we wish to reiterate our confidence in our constitutional democracy that provides that all people are equal before the law. The separation of powers and the independence of the Judiciary are the bedrock of our Constitution, and our courts function without fear or favour as they entrench the rule of law,” Cele told journalists in Pretoria on Thursday.

“Any form of recourse must follow appropriate channels within the confines of the law.”

Cele further explained that his department is engaging with the SA Police and Defence department for reinforcement.

“We have learnt from our experiences and we will have to use those experiences that the repeat of the destruction of property and loss of life as it happened shouldn’t.

“We have met with the management and leadership of the South African Police and Defence to make the preparations that the responses and reactions are much better this time and we believe they are on the ground in preparation for that as we speak.”