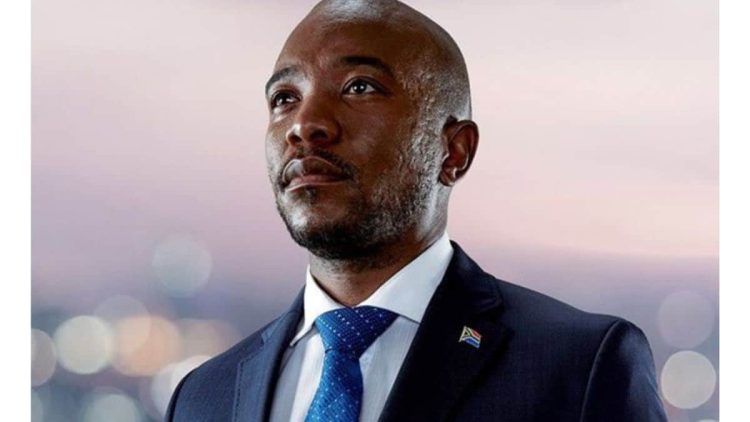 One South Africa Movement leader Mmusi Maimane was among a number of patrons who were robbed by armed men who stormed a bar in Cape Town on Wednesday.

Maimane has called for a renewed fight against crime after he fell victim at a bar in Claremont with a family member, who was visiting from overseas on Wednesday night.

Maimane said he was sitting with his brother-in-law, who lives overseas, when three armed men entered the Claremont establishment and ordered everyone to lie down and robbed them. The assailants took his watch. “It’s really tough in SA,” said Maimane.

“I don’t want to mention the name of the establishment but it is in Claremont. It’s a restaurant-type bar. You can have food there. I have been there a couple of times. We arrived at the place around 7pm and these young men entered. Three of them and they literally climbed on top of the counter and told everybody: ‘Get underneath the tables’. It was like that one movie scene you have seen a hundred times.”

Maimane said he the gunmen posed as patrons. “I didn’t immediately realise a robbery was taking place because the waitress asked the men if they wanted a table for three,” he said.

“They pulled out their guns. They didn’t even cover their faces. They were so confident. We took out our belongings and placed them in front of them. They took watches and all the valuables they wanted.

“They were distracted by an armed response company that arrived and left and ran away. Police also came about five minutes later,” said Maimane.

Sergeant Wesley Twigg, the police spokesperson said police were investigating a case of business robbery at a Claremont restaurant. The robbery allegedly took place around 19:45.

“According to reports, unknown suspects entered the restaurant and threatened the supervisor and staff with a firearm. The suspects fled the scene with cellular phones and undisclosed amount of cash. No shots were fired, and no injuries were reported,” said Twigg.