National Orders: Here are the recipients of this year’s awards 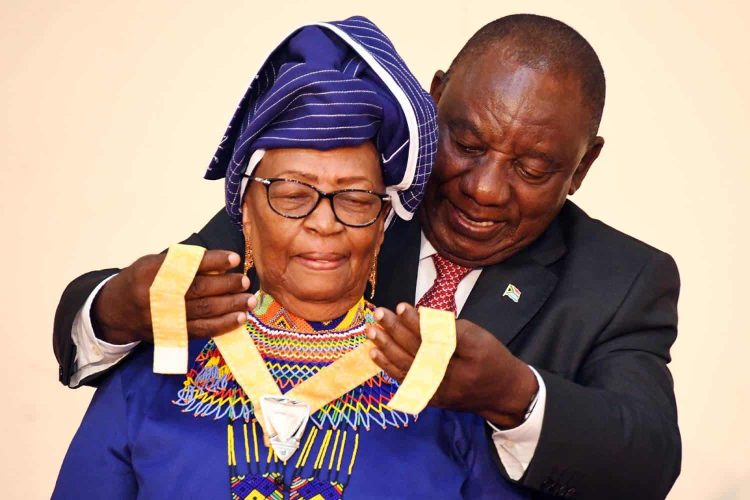 Chancellor of National Orders and Director-General in the Presidency Phindile Baleni released the list of dignitaries who will receive the prestigious award this year.

What is the National Orders award?

National Orders are the highest awards that South Africa issues to exemplary citizens, as well as foreign nationals, “who have contributed towards the advancement of democracy and have made a significant impact on improving the lives of South Africans.”

“It is my privilege as Chancellor of the National Orders to announce the names of those South Africans and eminent foreign nationals who will be awarded National Orders at an investiture ceremony to be held on 18 November 2021,” Baleni said.

The National Orders awards will be handed by President Cyril Ramaphosa to the following honourees:

THE ORDER OF IKHAMANGA recognises South African citizens who have excelled in the fields of arts, culture, literature, music, journalism and spor

THE ORDER OF THE BAOBAB recognises South African citizens who have contributed to community service, business and economy, science, medicine and technological innovation.

THE ORDER OF LUTHULI recognises South African citizens who have contributed to the struggle for democracy, nation-building, building democracy and human rights, justice and peace as well as for the resolution of conflict.

THE ORDER OF THE COMPANIONS OF OR TAMBO recognises eminent foreign nationals for friendship shown to South Africa. It is therefore an Order of peace, cooperation and active expression of solidarity and support.