The Parliament fire case is confronted with plot twists as the State deems the suspect schizophrenic and admits him to a mental hospital. 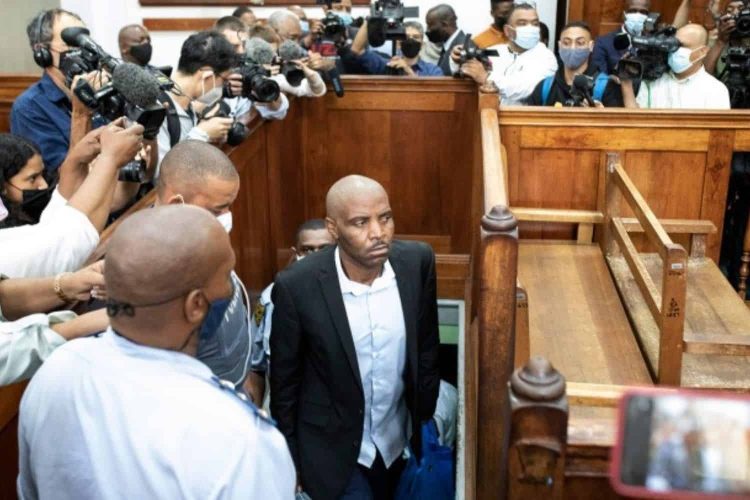 Zandile Mafe, the suspect being accused of causing the devastating Parliament fire, was charged with terrorism at his latest bail hearing. The hearing was on Tuesday, 11 January ant the Cape Town Magistrates’s court.

The 49-year-old was arrested on the 2nd of January, and have spent the last few days behind bars.

Terrorism is a Schedule 6 charge, and with that, he is charged with two counts of arson, possession of an explosive device and destruction of essential infrastructure.

Mafe’s court hearing began with an unexpected twist when prosecutor, Helene Booysen, submitted evidence from a district surgeon that declares that Mafe is suffering from paranoid schizophrenia.

They further argued that due to his diagnosis, Mafe is unfit to stand trial.

However, senior counsel, Dali Mpofu, did not appreciate the way in which this news was delivered. He was ready to argue for Mafe’s release on bail and was caught off guard by the new documents handed in by the State.

He told the court: “The manner in which these new documents were presented is unacceptable. This information given to court is seen by the defence as an ambush.”

After Mpofu and advocate Luvuyo Godla consulted with Mafe, Mpofu announced the following on Mafe’s behalf:

“It is the instruction from my client to inform this court there is nothing wrong with him. My client will immediately go on a hunger strike until his bail hearing has been heard.”

Mpofu continued by saying what a “travesty of justice” it is that Mafe’s bail application has still not been attended to after 10 days.

Mafe to be taken in for an observation period

Booysen further argued that, because of the mental illness diagnosis, Mafe should be taken to Valkenberg Hospital for an observation period.

“Your Honour, it is the State’s respectful submission that the accused be referred to Valkenberg Hospital for a 30-day observation period. At this stage it would be a waste of time to continue with Mafe’s bail application only to hear a month later that he is not fit to stand trial,” she said.

“Your Honour, we have been informed by the chief at Valkenberg Hospital that as soon as a bed becomes available they will admit the accused for observation.”