After a failed attempt at firing her, PRASA is suing its currently suspended head of legal services, Martha Ngoye. 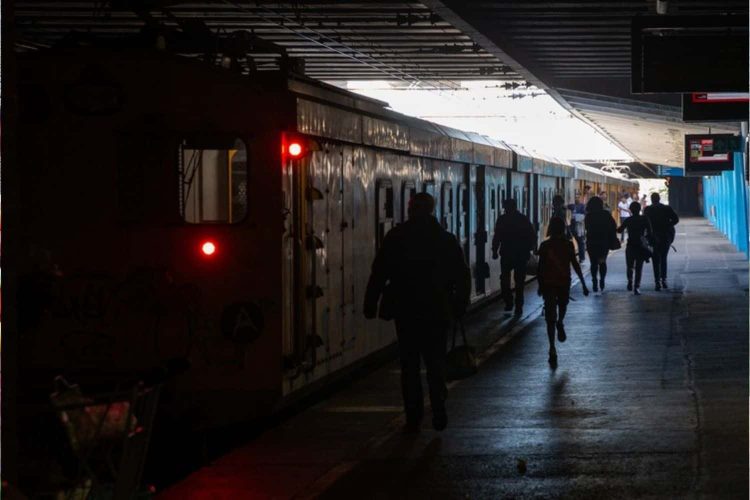 PRASA has issued Martha Ngoye with a summons, even though her actions as PRASA’s legal head were fundamental in the rail agency’s recent R45.1 million victory. It is unclear whether PRASA is suing for R45 million from Ngoye in addition to the R45 million that was recently won with her help.

The Passenger Rail Agency of South Africa (PRASA) is suing its suspended head of legal services, Martha Ngoye, for R45 million over her role in a R58-million extension to a contract with SA Fence and Gate.

But in February, we reported that an arbitrator had awarded PRASA R45.1 million from SA Fence and Gate. (PRASA had paid the company R47 million for lighting, but the company had only delivered R1.9 million worth of lights.)

It was Ngoye who led the team that won this victory for PRASA. But PRASA is now going after Ngoye for R45 million according to a summons issued on 24 August.

PRASA refused to answer our questions as to whether it was suing to claim the awarded R45 million from SA Fence and Gate.

PRASA is represented by De Swardt Vogel Myambo attorneys, a firm that GroundUp understands is not on PRASA’s legal panel.

Curiously, PRASA’s claims in the summons repeat many of the unsuccessful arguments made by SA Fence and Gate during its failed bid to stop PRASA claiming back its money.

PRASA claims that Ngoye “acted beyond her authority” in approving the R58-million extension and “breached PRASA’s Powers and Authority of the Board and Delegation of Authority” while she was acting as Group CEO in the absence of then GCEO Lucky Montana.

PRASA’s rules stipulated that any contract over R100 million required the approval of the Board before it could be signed. But in the February arbitration, Advocate Lindi Nkosi-Thomas, the arbitrator, dismissed this line of reasoning when it was put forward by SA Fence and Gate, ruling that the approval of the R58-million contract extension for the procurement of lighting was an administrative decision, not a Board one. While the total value of the contract was in excess of R100 million, the extension was well within the delegation of authority of the acting Group CEO.

Since Leonard Ramatlakane took the reins as Chairperson of PRASA, the rail agency has taken aim at Ngoye, even though her actions as PRASA’s legal head were integral to saving the rail agency billions of rands, including the victories in the Swifambo “tall trains” matter, the dodgy Siyangena station upgrades, and stifling a R1-billion “investment” in the doomed VBS bank.

In a 30 January PRASA statement, Ramatlakane announced the firing of Ngoye, and gives a warning for the suing to follow. He stated: “PRASA has also resolved to institute legal proceedings against Ms Ngoye for unlawfully approving payment of R58 million to SA Fence & Gate when she had no authority to do so.”

In early March, Ngoye, and fellow fired executives Nkosinathi Khena and Tiro Holele, overturned this action, and were reinstated to their positions by Acting Judge Moses Baloyi in the Johannesburg Labour Court. The court found that the reasons advanced by PRASA for the firings were without evidence or justification.

When PRASA refused to allow the fired employees to return to work, the three won a second victory compelling the rail agency to restore them to their positions.

Then, when PRASA applied for leave to appeal the initial judgment, the application was dismissed and PRASA’s arguments found to be “grossly misconceived”. Ngoye, Khena, and Holele were awarded costs against PRASA in all these matters.

Despite the string of defeats, PRASA has launched an application for leave to appeal in the Johannesburg Labour Appeal Court. No dates for this hearing have been announced yet. Ngoye therefore remains currently suspended.

PRASA spokesperson Bane Ndlovu refused to answer GroundUp’s questions on the case, saying that, “I have been informed that this matter is still ongoing and therefore we are not at liberty to share any information until the matter is concluded.”

But our questions were not limited to the summons. We also asked whether PRASA has taken any action against SA Fence and Gate in terms of the arbitration award, and if not, why not; whether PRASA is suing R45 million from Ngoye in addition to the R45 million that it has a right to claim from SA Fence and Gate; and, whether the law firm that is representing PRASA is on PRASA’s legal panel.