President Andry Rajoelina is driving Madagascar into another political crisis

Madagascar’s tumultuous political history has been characterised by several coups. 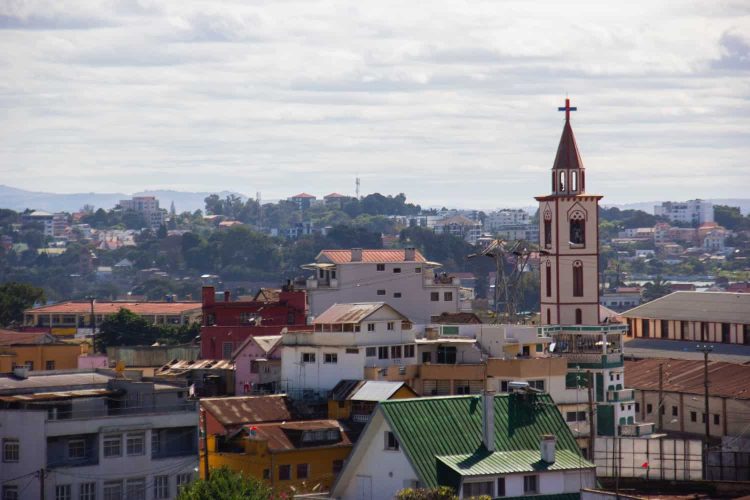 Several high-ranking army and police officials in Madagascar have been arrested following an alleged assassination attempt on President Andry Rajoelina. Moina Spooner, from The Conversation Africa, asked political expert, Solofo Randrianja, to provide insights into Rajoelina’s tenure and what could have contributed to these developments.

Madagascar has a history of political turmoil. What are the main causes?

Madagascar’s tumultuous political history has been characterised by several coups. Since independence from France in 1960, there have been four major political crises in 1972, 1991, 2002, 2009. Each of these resulted in a change of regime and constitution. They also caused serious economic crises.

The political crisis usually starts in the same way: strikes and street demonstrations in urban areas. But these movements aren’t typically organised by the opposition, they are mostly driven by the collapse from inside of the government and its supporters. This is caused by a long hold on power – as we saw with Didier Ratsiraka, the longest-serving President of Madagascar – which is characterised by corruption, nepotism and the erosion of democracy. An additional aggravating element, since 1972, has been the participation of elements of the army in politics.

Based on these factors, Madagascar seems to be heading towards a new political crisis, much more complex and probably more violent than the previous ones. This is because Rajoelina has demonstrated his determination to stay in power, and has used extra-constitutional methods in the past.

Rumours of an attempted assassination reveal that all isn’t well. It’s important to note that this isn’t the first time that Rajoelina has claimed a threat to his leadership, or life. During his time in office which started in 2009, Rajoelina has claimed to have been threatened by at least four attacks.

We can’t be sure whether this latest “threat” is an excuse for the President to further consolidate power and suppress the opposition, or whether it reveals a deep dissatisfaction with the country’s political direction.

How has Madagascar fared under Rajoelina’s leadership?

Rajoelina has a background in the entertainment, media and advertising industry. He decided to go into politics in 2007 after a clash with authorities over advertising hoardings in the Malagasy capital, Antananarivo.

Backed by a few key figures in Madagascar’s wealthy elite, Rajoelina became mayor of Antananarivo and a leading opposition figure to Marc Ravalomanana’s government. In 2009 street demonstrations were organised against Ravalomanana’s government, which Rajoelina accused of misappropriating public funds and dictatorship. When these failed to bring change, a military regiment organised a coup and Rajoelina declared himself president. He promised to draft a new constitution and hold elections within two years. The military’s unconstitutional transfer of power to Rajoelina was widely condemned both locally and internationally.

Amid allegations of electoral fraud and poor voter turnout, Rajoelina became Madagascar’s leader once more in 2018. This followed a campaign that was supported by a powerful media and propaganda machine. The main daily newspapers in Madagascar backed Rajoelina, as well as several radio stations.

Under Rajoelina’s leadership Madagascar has suffered. His campaign was largely based on impossible populist promises which he’s not been able to fulfil because they’re so far-fetched. One of these is the ambitious “Initiative for the Emergence of Madagascar” which has disappeared from policymaking. Another is the construction of cable cars in Antananarivo.

Rajoelina has made some questionable economic choices. For instance, he opened up the country to exploitation by his cronies. One example of this was the unbridled cutting and illegal sale of Rosewood. Rajoelina first led the country between 2009 and 2013 -— the most intensive period of Rosewood logging in the country’s history.

Madagascar is a naturalist’s paradise. More than 80% of the flora and fauna on the island can be found nowhere else on earth. Rosewood, which provides Madagascar’s unique lemurs with important habitats, is extremely valuable and is highly trafficked. Though its trade has been banned in Madagascar for decades, under Rajoelina, the government has issued brief exemptions and has even arrested activists trying to stop illegal trade.

Rajoelina has also taken on several vanity projects which include the construction of colossal sports stadiums. These don’t reflect the needs of the country – deemed one of the poorest countries in the world.

In 2019, around 75% of the population was estimated to live below the international poverty line of living on US$1.90 a day. Madagascar also has the world’s fourth highest rate of chronic malnutrition – almost one child in two, under five years of age, suffers from stunting.

There are also signs that the democratic space is shrinking and the government has become dysfunctional. Rajoelina recently sacked all of his ministers.

In addition to this Rajoelina has done a terrible job in managing the COVID-19 pandemic. He touted a scientifically unproven herbal remedy – COVID-19 organics – as a cure to COVID-19 and went so far as to start producing it in capsule form.

It’s within this context that news of plans for an attempted coup, or assassination in some reports, broke out.

What can be done to ensure the situation doesn’t get worse?

It’s hard to say, because it seems inevitable. The country is in a deep state of economic crisis. The ideal solution would be a reform of institutions such as empowering local authorities and grass roots communities, involving them in decision making – the question is, who would undertake it?

The opposition does not seem to be an alternative on its own. Most political parties lack the financial resources to engage in competition. Opposition figures have also endured harassment.

The almost usual pattern – of using a motley coalition to get rid of those who are currently in office – seems to be the only way that there’ll be change. Sadly, once in power, it would probably provide a semblance of stability until the next crisis, when the ruling coalition starts to fall apart.