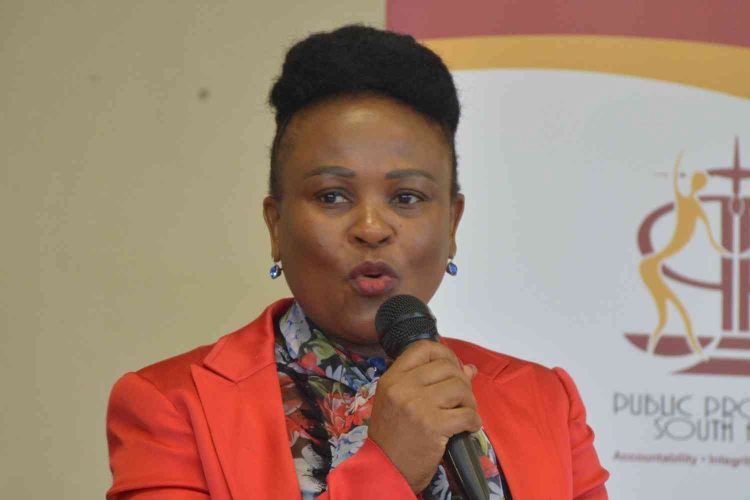 On Wednesday, Mkhwebane’s office published a statement noting that the Public Protector had closed a number of investigations into the high-ranking politicians.

“We analysed the complaints, identified issues for preliminary investigation and in some instances for full investigation, reviewed all relevant documentary evidence, sought responses from the respondents and analysed the evidence. We then applied the applicable laws to the facts and made our conclusions,” Mkhwebane revealed.

Here’s why Pravin Gordhan was being probed

In this case, allegations of maladministration and improper conduct were made against the public enterprises minister. According to a complaint filed by Jan Scheepers in May 2019, Gordhan had “neglected his constitutional obligation of ensuring that the National Ports Authority (NPA) was incorporated as a company in terms of section 3(2) of the National Ports Authority Act (NPAA).”

Instead of following due process, Scheepers claims that Gordhan allegedly “permitted Transnet SOC Ltd to integrate the NPA as its operating division.”

In this scenario, the NPA was compelled to execute Transnet’s strategy and increase its market share.

“Upon a thorough analysis of the complaint, the Public Protector decided to investigate whether Minister Gordhan or a duly appointed representative failed to take the necessary steps to ensure that the NPA was incorporated as a company as envisaged by the NPAA, and if so, whether such conduct constituted maladministration and improper conduct,” the statement read.

After considering all factors of the probe, Mkhwebane closed the case due to the fact that there is an ongoing legal process at a Durban high court.

“The Public Protector consciously decided to allow the judicial process to take its course and for the court to make a competent pronouncement on the matter,” her office wrote.

Gordhan was also accused by EFF leader Floyd Shivambu of flouting processes to hire the CEO of Mango Airlines, Nico Bezuidenhout. According to the opposition party’s Chief Whip, Gordhan had allegedly informed Mango board chairperson Matsidiso Tshisevhe to “ensure that Bezuidenhout was appointed to the position.”

However, upon investigating Shivambu’s claims, no evidence of such an interaction was found. In the end, Mkhwebane’s investigation concluded that Gordhan’s involvement in the appointment of the Mango CEO “was in line with the Memorandum of Incorporation.”

In October 2019, Hindu Unity Movement (HUM) leader Jayraj Bachu had accused Maimane of violating the Code of Ethical Conduct when he allegedly declared a R4 million property in Claremont, Cape Town, as his own, in 2017. According to Bachu, the property was, in fact, “owned by a Durban-based businessman Mr Wessel Jacobs.”

Ultimately, the HUM leader sought to determine whether Maimane had misled Parliament. Unfortunately, Mkhwebane was forced to close the case on the basis that “the matter did not fall within the Public Protector’s jurisdiction.

“This is to say Mr Maimane was not performing a public function in any of the state departments nor administrative functions in the national, provincial and local spheres of government,” the statement confirmed.